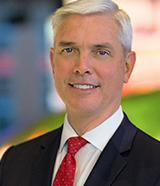 In recent months, Q8 Securities has launched an FX and contract-for-difference (CFD) trading platform in Kuwait, while ATFX subsidiary AT Capital Markets received a licence from the Financial Services Regulatory Authority in the Abu Dhabi Global Market.

According to Vinay Trivedi, head of FX sales Asia Pacific at FlexTrade, a combination of geography and opportunity makes the Middle East attractive to brokers.

“Growth in retail FX trading within the region is definitely a factor, but a crucial angle is the strategic location,” he explains. “From the Middle East, a broker can easily expand its coverage into Africa and the Indian peninsula. As retail FX is banned in India and Pakistan, you see a trend where a lot of Indian and Pakistani-based broker houses have a presence in Dubai while their introducing broker network is sourcing business for them locally. Markets such as Iran and Lebanon can also be easily served out of Middle East.”

Regulation is also contributing to growth in the region’s FX brokerage business.

“Due to Mifid II requirements, many small, UK listed brokers are moving their operations to the Middle East in order to avoid the reporting overhead,” suggests Trivedi.

Electronic trading is up and in a wider range of pairs, says Bloomberg’s global head of foreign exchange electronic trading, Tod Van Name: “In the first half of this year, we have noted that more than 300 pairs have traded. We have seen a strong increase in trading of the South African Rand – up 72% – and the Turkish Lira is up 32% in the first half of 2018, compared to the same period last year.”

While trading is still primarily focused on the biggest currency pairs, Trivedi refers to a clear rise in demand for CFDs.

“We keep getting requests from brokers to help offer a technology stack which can cover all products – including spot and CFDs – under one umbrella, in an attempt to increase the stickiness for the client,” he says. “There are a few brokers and prop houses who are also looking for streaming NDFs [non-deliverable forwards], especially USD/INR, as they like to capture the spreads using our algos.”

Traders have previously targeted the Saudi riyal as a potential currency-peg scalp, leading to reports that the Saudi Arabian Monetary Agency (Sama) bought the currency in large volumes to maintain its peg and keep the spot price stable, and has contacted commercial banks privately to instruct them not to offer options on FX forwards.

However, Mohammad al Mariri, vice-president Middle East of trading platform provider Orbex, observes that the pressure on the riyal has eased over the last couple of years.

“A number of FX brokers were closed down to try to reduce the number of remittances out of the kingdom and push traders more towards domestic investment,” he says. “A combination of measures – including higher commodity prices, diversified income streams and limiting trader capacity to trade against the riyal – has resulted in less pressure on the Saudi currency peg.”

Last year, the Saudi Ministry of Commerce and Investment, the Capital Market Authority (CMA) and Sama launched an awareness campaign to warn against dealing with websites promoting FX trading without the required licences. The CMA subsequently shut down a number of unlicensed trading sites.

A recent report by business information provider Euler Hermes referred to Saudi Arabia’s long-standing and stable exchange rate system as one of its main economic strengths and stated that it did not expect the exchange rate regime to change in the near future.

Trivedi reckons most traders acknowledge that Sama will do whatever it takes to protect the riyal.

“While there is constant discussion about lifting the peg on the Saudi currency, traders have accepted the reality that this is not going to happen any time soon,” he concludes.