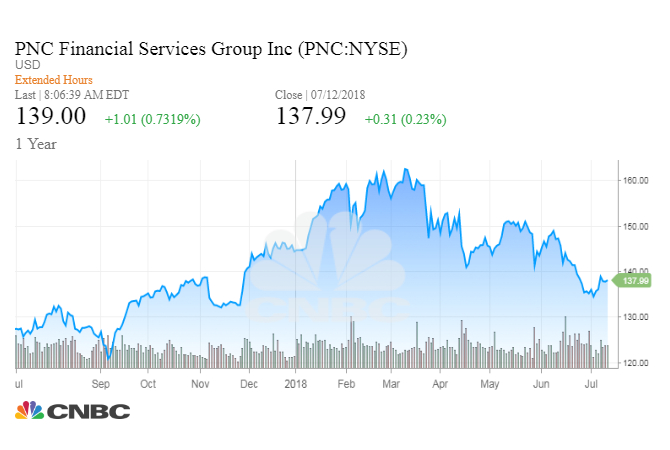 PNC showed growth across several key metrics compared to the same quarter a year ago, reporting an increase in both commercial and consumer lending, up 3 percent and 1 percent, respectively, as well as net interest income, which rose 7 percent.