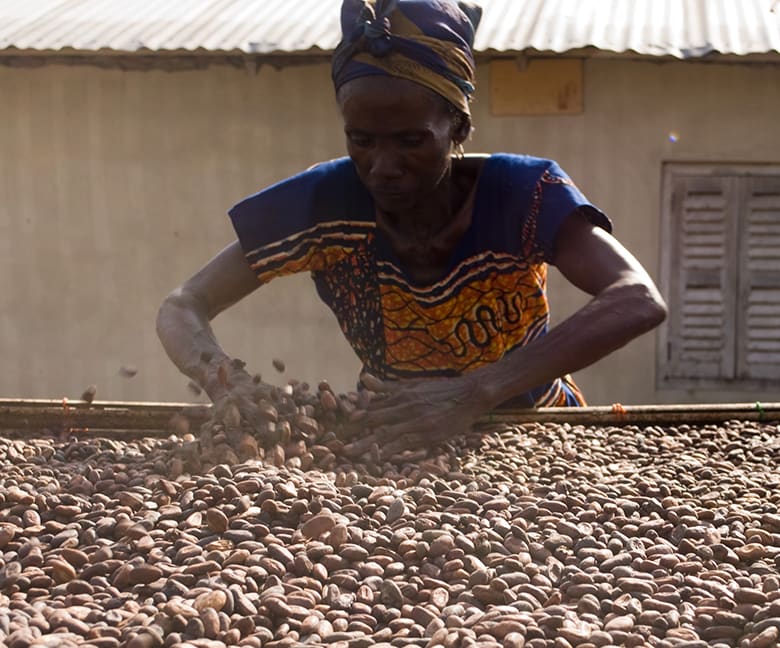 Full of beans: Investors are getting a taste for Côte d’Ivoire, thanks in part to improving cocoa prices, but political division isn’t so easy to swallow

The West African nation, climbing 14 places in ECR’s global rankings in 2018 to 84th from 186 countries, is presently a Ba3 credit risk according to Moody’s, with a B+ rating from Fitch.

However, continuing on this path – moving higher in the fourth of five tiered categories of risk based on Euromoney’s survey metrics – would put it in contention for a double-B rating in line with Vietnam, one place above on a very similar risk score.

Measuring growth in an under-developed economy is fraught with challenges, but it marked a sixth year of incredible strength since brief recession in 2011.

With forecasters anticipating a similar pace for 2018-2019, the country remains one of the fastest expanding sub-Saharan domains, alongside Ethiopia, Ghana and Senegal.

Membership of the West African Economic and Monetary Union (UEMOA), along with seven other regional states, is a notable factor driving the economy, contributing to exchange-rate stability, low inflation and targeted deficit reduction to avoid rapid debt accumulation.

With the added comfort of pooled foreign-currency reserves held at the regional central bank, UEMOA participation and a sustainable medium-term borrowing policy underpin the strong engagement of creditors, which is clear from sovereign bond issuance that is keenly sought after.

Consumer price inflation is expected to remain below 2% in 2018-2019, and the current-account deficit below 3% of GDP, according to the IMF, the latter helped by improving cocoa prices benefiting from coordination of cocoa bean sales and marketing with Ghana – another key global producer – for the forthcoming growing season.

Consequently, the survey scores awarded by risk experts for the economic-GNP outlook and currency stability have improved on a one-year horizon, with all five economic indicators higher over five years contributing to the trend improvement in total risk score, and making the country a lower risk than Nigeria:

Structural indicators gauging risks linked to infrastructure, healthcare, labour relations, demographic change and so forth have also improved, but there are still drawbacks in the political sphere.

The government is challenged by demands for more pay and bonuses from civil servants, including the armed forces, where recent army mutinies highlight the underlying problems integrating former rebels linked to competing factions that risk fomenting longer-term instability.

The existence of a geographical, ethno-religious divide is worsened by under-employment, poverty, lack of access to credit and the low value-added of traditional agricultural-based employment, all requiring deeper structural reforms.

Côte d’Ivoire is improving, but because of this it remains a medium-to-high risk overall, according to its survey score and risk ranking, a factor often overlooked by yield-hungry predators keenly eyeing sub-Saharan returns.

“The authorities were able to cope with last year’s dual shock of cocoa prices and army mutinies by engaging the IMF, which allowed them to maintain relatively sound fiscal and external accounts,” he says.

There is a strong commitment to lowering the fiscal deficit to the UEMOA target of 3% of GDP by 2019, and numerous reforms under way to restructure public enterprises, improve administrative efficiency and enhance banking-sector stability.

“However, the main risk going forward is political,” says Nazli.

“The alliance between president Alassane Ouattara’s party RHDP and its coalition partner, former President Henri Konan Bédié’s PDCI, has come under strain, which raises uncertainty on a workable majority over the October 2020 presidential elections.”

Ouattara has turned the political alliance that won the elections into a so-called unified party, but PDCI is internally divided over the prospect and has kept its distance, fearing it will only act as a vehicle to undermine challengers for the presidency in 2020 that Ouattara might have his sights on.