US-China trade war: Idaho may be the biggest victim, but not for its potatoes 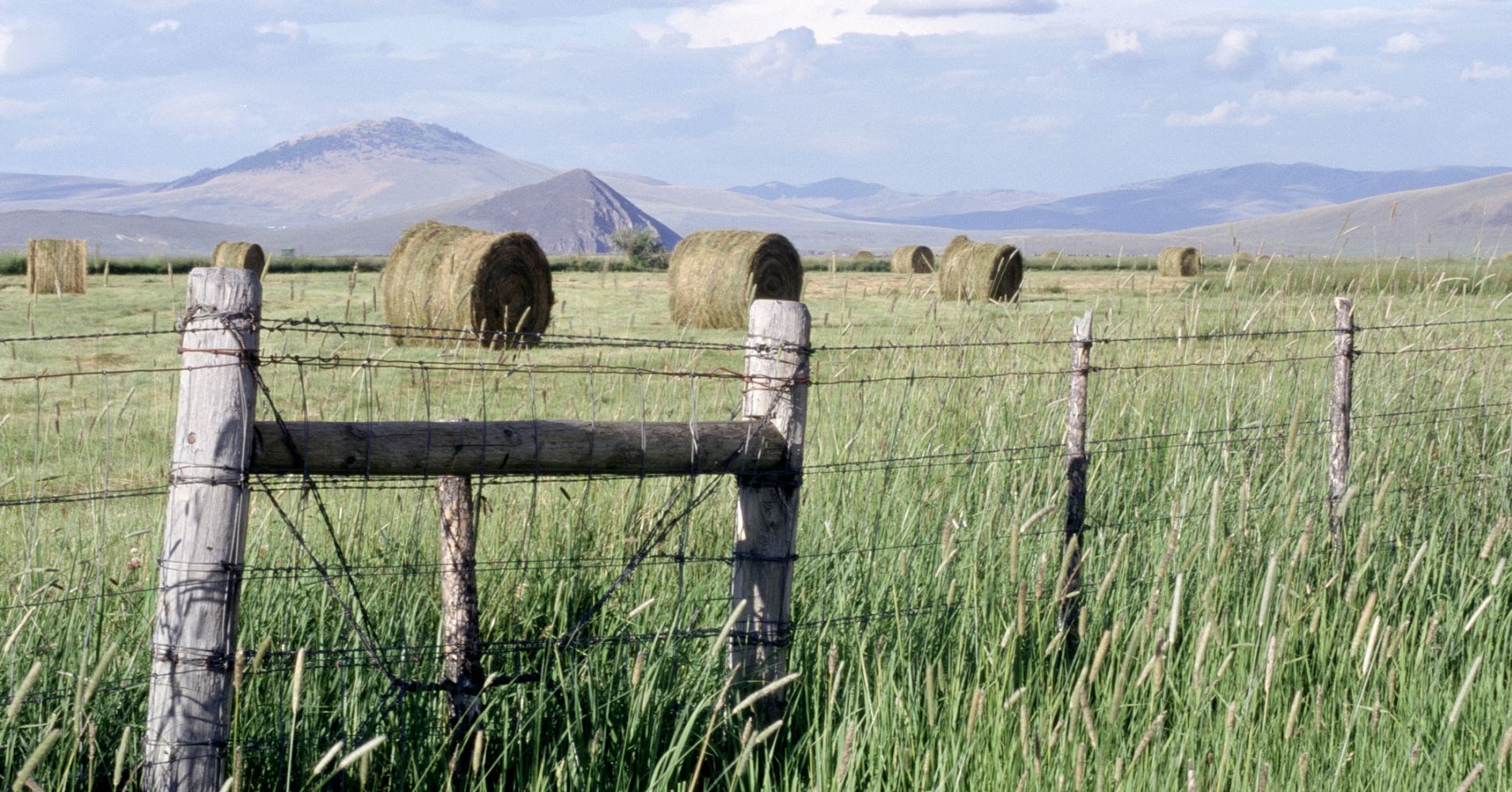 Idaho is the state most exposed to fallout from the U.S.-China trade war, even though its most famous product, potatoes, has so far been spared from the wrath of Beijing’s retaliatory strikes, according to a new study.

China, which buys Idaho’s frozen potatoes for its fast-food restaurants, also has been a major purchaser of the state’s alfalfa hay, dairy products and even nonfarm goods such as semiconductors and computer parts. And some of those agriculture sectors such as dairy and hay are feeling the impact of tariffs, including weaker pricing.

The Trump administration earlier this month announced 10 percent tariffs on $200 billion worth of Chinese goods, a move that followed two earlier rounds of tariffs aimed at the world’s second-largest economy. China has issued tit-for-tat tariffs on a wide range of U.S. goods, from automobiles to agriculture and farm products.

“For the majority of U.S. states, the expansion of tariffs to $200 billion of Chinese products, will affect trade totaling less than 1.2 percent of their state gross domestic products,” said Michael D’Arcy, a Fitch Ratings director of U.S. public finance.

However, Idaho topped the list with bilateral trade exposure of 2.7 percent of the state’s GDP, according to Fitch’s report released last week.

In terms of Idaho’s signature crop, the U.S. Department of Agriculture valued the 2017 Idaho potato crop at more than $1.1 billion, or about 23 percent higher than the prior year’s harvest. But when including the processing side of the business the economic impact of the industry is even larger.

Using data from the Commerce Department’s U.S. Census Bureau and International Trade Administration, Fitch Ratings measured the overall trade exposure of all 50 states to China as a percentage of gross state products, or essentially the state’s individual GDP. They also looked at the total amount of imports and exports of the various states involving China, as a percentage of the state economy.

D’Arcy noted that the data can skew to a show a larger exposure for states with smaller populations and modest economies if they have a few industries “that are a fairly sizable presence and they are exporting products to China to the tune of few billion dollars.”

According to Fitch, Idaho was one of only four states where bilateral trade with China is 2 percent or more of state GDP. The others are California, Georgia and Tennessee. The state having lowest exposure is Maine, with a mere 0.1 percent of state’s GDP.

“Approximately one-quarter of Idaho’s exposure is in computer and electronics products while plant and animal products also contribute,” said D’Arcy.

Idaho’s largest electronics company has a significant export business to China, but there have also been blowups along the way.

Last year, Boise-based semiconductor company Micron Technology had sales outside the U.S. of $17.56 billion, with almost 60 percent of that total from customers in China. But Micron also has been a target of China’s alleged intellectual property theft after rejecting a takeover bid from a Chinese state-owned company in 2015.

President Donald Trump has complained about China’s unfair trade practices and accused Beijing of providing state aid for the theft of American companies’ intellectual property. It led him in March to impose tariffs on about $60 billion in Chinese imports, a move that followed the administration’s duties on imported steel and aluminum products.

Last Friday, Trump threatened that he’s “ready to go” with tariffs on $500 billion in additional Chinese products. China already has showed it’s willing to target U.S. farm goods with “double whammy” tariffs, so economies such as Idaho that are dependent on agriculture could take a hit.

University of Idaho figures show Idaho’s agriculture industry is by far the biggest single sector of the state’s economy and directly and indirectly responsible for about 16 percent of the state’s total GDP. By comparison, production agriculture such as soybeans, corn and pork represents about 7 percent of Iowa’s state GDP, but when including ag-related industries, it approaches as much as 25 percent, according Chad Hart, an agricultural economist at Iowa State University in Ames.

“Agriculture is a very important sector of the economy for Idaho,” said Robert Spendlove, senior economist at Zions Bank, which operates in Idaho and other Western states. “One of the largest employers is Idaho is Simplot, which is the company [that] essentially created the process of freezing french fries and is a leading producer of frozen french fries around the world.”

Besides the state’s potato industry, Idaho’s other major ag exports include cheese, butter, milk powder and the dairy ingredient whey. In April, China slapped a 25 percent tariff on whey and certain milk powders, a move that led Chinese buyers to go elsewhere for those products, according to analysts.

The Gem State’s large alfalfa hay industry helps supply feed to the local dairy industry but also has been a lucrative product for export to China. Even so, alfalfa was one of the U.S. products Beijing targeted in recent tariffs. China ranks as the world’s largest foreign market for U.S. hay, according to the U.S. Department of Agriculture.

Experts say sales from hay producers to processors have declined in recent weeks as the industry waits to see how the situation develops with tariffs. The top three hay export states are California, Idaho and Washington.

“Any hay that would have traded from a grower to a processor intended for China, that trade has slowed in a wait-and-see mentality,” said Jon Driver, an industry analyst with Northwest Farm Credit Services in Spokane, Washington. At the same time, he said tariffs have softened prices for a variety of hay popular with the Chinese.

Yet Idaho has faced tariff fallout not only from China but from two trading partners in the North American Free Trade Agreement — Mexico and Canada. In retaliation for steel import duties, Mexico targeted American potatoes and cheeses and Canada imposed duties on a range of products, including U.S. yogurt.

The good news for Idaho, though, is China and Canada have spared frozen potatoes from tariffs. Both countries are major buyers of American frozen potatoes, primarily for the fast-food industry.

“China is the largest export market that we have in the United States for ag products, but that’s not so with Idaho,” said University of Idaho agricultural economist Garth Taylor. “Canada and Mexico, our NAFTA partners, far outweigh our China connections.”

Canada shares a 45-mile border with Idaho but that hasn’t meant Idaho is a big exporter of dairy products to Canadians.

Idaho is home to the world’s largest yogurt plant operated by Greek yogurt giant Chobani. The company broke ground in November on an expansion at the Twin Falls facility. But Canada imports only about $3 million annually in yogurt from the U.S., and most of it comes from a plant in Wisconsin.

Indeed, Canada supplies most of its own dairy needs and the country’s high tariffs on dairy have been a bone of contention with the U.S. when it comes to agricultural trade issues and NAFTA talks.

In milk production, Idaho ranks in the top 4 states but has been struggling to cope given low prices and increased competition from global competitors. About a quarter of the industry’s revenue comes from exports.

Over a third of the Idaho’s farm gate cash receipts are from the dairy segment and over half of receipts are from livestock such as beef — another commodity that the Chinese have targeted with U.S. tariffs. China’s duties on U.S. beef exports comes as more of the product is piling up in cold storage.