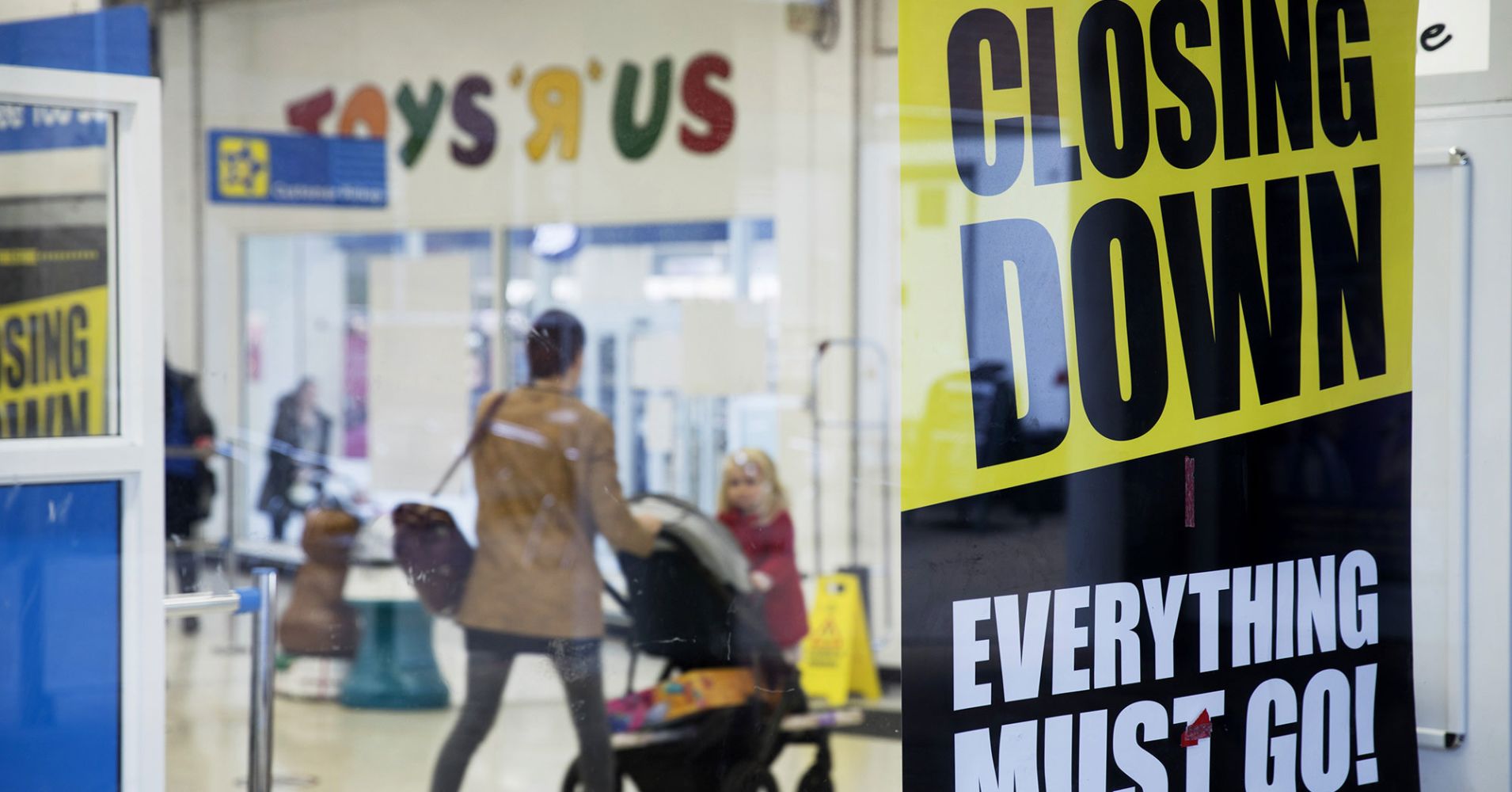 July’s jobs gains were short of expectations, and economists are pointing to the closing of retail chain Toys R Us for most of the miss.

Toys R Us was an American icon, founded in 1948, but it was another victim of shifting trends to online shopping, which the debt-laden company found difficult to compete with. The taste of boys and girls also changed, with younger and younger children putting aside dolls and trucks for electronics and video games.

Toy’s R Us closed the doors on more than 800 stores on June 29 after filling for bankruptcy. The company had been acquired by three investors in 2005, and was struggling with the associated debt.

As for the jobs report, the miss was about the size of the loss of toy store related jobs. The private sector overall created a total 170,000 jobs, but government payrolls declined by 13,000. Manufacturing and business and professional services were strong, and revisions to past months, put the average job growth over the past three months at a higher pace of 224,000.

Economists saw the July jobs report as strong. “I think it continues the trend. There’s always going to be variables in it from month to month. But the three month average of 224,000 is strong at this stage in the business cycle,” said Steve Rick, chief economist at CUNA Mutual Group.