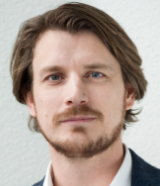 Flow Traders’ financial results for the first half of this year underlined its status as a European ETP powerhouse.

The firm traded €448.7 billion of ETPs between January and June, and while a report published earlier this year by Cboe Europe acknowledges that the number of trades that go unreported makes it difficult to determine the exact value of the market, it is estimated that the Amsterdam-based algorithmic trader handles approximately one third of all exchange-traded fund (ETF) trades in Europe.

Given that for every euro traded in ETFs the firm trades roughly three times that value in assets related to those funds – including FX – it was perhaps inevitable it would turn its attention to currency trading.

Co-CEO Sjoerd Rietberg notes that Flow Traders has just started to provide liquidity in FX in EMEA, and the firm was reluctant to comment on volumes generated from the partnership it announced with MarketFactory in November.

However, if managing risk is the key to success in FX, Flow Traders is well positioned.

The firm has spent considerable time and resources building and refining its trading software to eliminate as much risk as possible.

Michael Roeg, an analyst at private bank Degroof Petercam, who follows the firm, notes that it has built dozens of failsafe mechanisms into its trading software, which was developed in-house.

Its ability to go months on end without losing money on a single trading day is credited to its use of deterministic modelling, where outcomes are precisely determined through known relationships without any room for random variation.

Robbert Sijbrandij, head of FX at Flow Traders, says he is confident this approach can be successfully applied to FX trading.

“We saw a clear opportunity to leverage on our business knowledge and the fact that we already trade on all FX platforms and in a huge number of pairs as part of the process to mitigate risk of trading ETFs,” he explains.

“We were already trading FX and as such could, without too much effort, build an infrastructure around it.”

That other non-bank liquidity providers – particularly XTX Markets – are increasingly successful was not the primary trigger, although it helped convince the firm it should enter the FX market, adds Sijbrandij.

“It says something about the market and how suitable it is for electronic trading,” he says.

“The bilateral character of the market is slowly but surely changing to multilateral. Following regulatory discussions on the FX market around issues such as last look, more independent market makers will come to the market and banks are going to have to either restrict capital tied to trading or face more competition.”

Sijbrandij observes that regulation has caused banks to step away from taking risk in FX and that the firm sees an opportunity to fill that void as it speaks to more than 770 counterparties in its ETF business “who are also very interested to listen to our FX proposition”.

Degroof Petercam’s Roeg explains that when Flow Traders trades for its clients or counterparties it doesn’t take a position – it hedges everything immediately.

“From this view, market making in FX is a natural extension of the business,” he says. “It can make a small profit on the external trade and might also be able to do its hedging a little bit cheaper.”

ETF market making is about generating very thin margins on large trades, although on the more illiquid names it is possible to make better spreads. This is an approach Flow Traders hopes to replicate in FX.

However, since the firm’s focus is on absolute profit, it will trade USD/EUR if it feels it can make a profit on large volumes while managing the risk.

The extent to which Flow Traders’ FX business focuses on less heavily traded currencies will also depend on its ETF flows, adds Sijbrandij.

He adds that it is too early to say whether Amsterdam will become an alternative FX venue to London post-Brexit, saying: “Given that the FX market is still dominated by banks, I do not expect too much movement.”