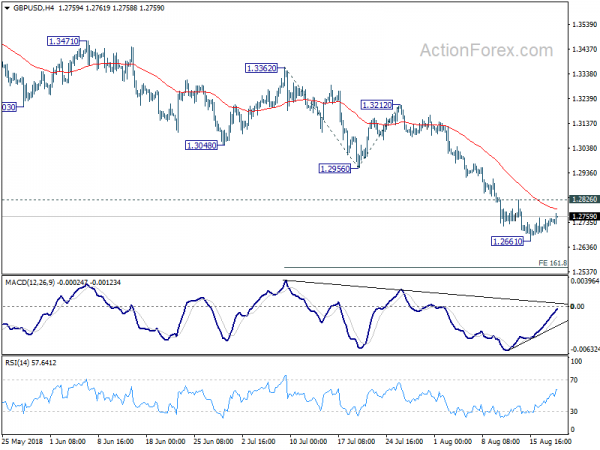 The forex markets are staying in quiet consolidative mode today. Sterling trades generally higher and is the strongest one for the time of writing. But the momentum is nothing more than that we see inside corrective trading. That is, rather weak, without follow through. Swiss Franc follows as the second strongest while commodity currencies are soft against all. Still, all major pairs and crosses are bounded in Friday’s range, with the except of GBP/USD.

Technically, one notable development is that USD/CAD is recovering just ahead of 1.3049 near term support. While a break of 1.3049 could trigger some sequential bearish consequences, defending this level will maintain near term bullishness. The development is worth a watch. Nonetheless, Dollar is staying in corrective retreat against Euro and Sterling and that could limit its rebound. Meanwhile, USD/CHF, USD/JPY EUR/JPY and GBP/JPY are bounded in established range and there is no clear sign of breakout yet.

European Commission formally announced the conclusion of the three-year stability support program for Greece and “a new chapter” begins. In the statement, EC hailed that “the successful conclusion of the programme is a testament to the efforts of the Greek people, the country’s commitment to reform, and the solidarity of its European partners.”

European Commission President Jean-Claude Juncker said “the Greek people have responded to every challenge with a characteristic courage and determination.” He added that “as the Greek people begin a new chapter in their storied history, they will always find in me an ally, a partner and a friend.”

Pierre Moscovici, Commissioner for Economic and Financial Affairs, Taxation and Customs, said “for Greece and its people, it marks the beginning of a new chapter after eight particularly difficult years. And, “for the euro area, it draws a symbolic line under an existential crisis” Moscovici praised “the extensive reforms Greece has carried out have laid the ground for a sustainable recovery: this must be nurtured and maintained to enable the Greek people to reap the benefits of their efforts and sacrifices.”

German Bundesbank noted in the latest monthly report that “economic boom in Germany was still ongoing”. In Q2, private consumption “continued its ascent” and was the “linchpin of economic growth”. Government consumption also rose “significantly”. Exports grew “moderately” following a drop at the start of the year.

Bundesbank expected the economy to “remain on a sound growth path” in Q3 even though the pace could slow from H1. Industry is not expected to make any meaningful contribution to aggregate growth. On the other hand, private consumption remains a key growth driver due to “excellent labour market situation and the current strong wage hikes”

For Eurozone, “the unabatedly positive sentiment among businesses and consumers suggests that the economic upturn in the euro area will continue”.

EU Moscovici: It’s not necessarily a Brexit deal between UK and EU

European Commissioner for Economic and Financial Affairs Pierre Moscovici talked about Brexit in a French radio interview today. Asked if there would definitely be a deal between the UK and the EU on Brexit, Moscovici said it’s “not necessarily”.

He also added that “in theory” the Brexit vote can be reversed. He noted “it is up to the British themselves who have made the decision to leave, to decide ultimately if they will or not, and how they will do it.” But he also said that “the probability of Brexit is nevertheless very strong because there has been a vote of the people, a referendum…”

UK Brexit Minister Dominic Raab will meet EU chief Brexit negotiator Michel Barnier in Brussels on Tuesday. Prime Minister Theresa May’s spokesman said that “on the agenda will be resolving the few remaining withdrawal issues related to the UK leaving the EU and pressing ahead with discussions on the future relationship.”

Raab said that securing a Brexit deal was still “the most likely outcome”. But at the same time, the government scheduled to push a series of technical notices for no-deal preparation. Raab added that the government would wanted to “clearly set out the steps that people, businesses and public services need to tak