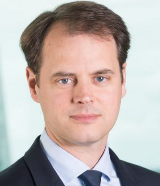 Deposit Solutions, the German fintech, has expanded rapidly in its attempt to bring open banking to the heart of the European financial system by creating new platforms for retail depositors to spread their savings among multiple banks from just a single account.

When Euromoney last spoke to the company in April, it had transmitted €6 billion of deposits between 100,000 customers – mostly in Germany, Austria and the Netherlands – using its two proprietary business-to-consumer (B2C) channels, Zinspilot and Savedo.

It had also attracted 50 banks across 16 European countries to use its business-to-business (B2B) platform, which allows so-called product banks – seeking to raise deposit funding without the cost of a conventional branch network – to offer their insured deposits to clients of so-called customer banks, which might be awash with deposit funding and be happy to offer their clients an easy way to shift some savings to other banks without setting up new accounts.

These banks include Deutsche Bank, FFB – the German subsidiary of Fidelity – and MünchenerHyp in Germany, and Atom Bank and Close Brothers in the UK.

Fast forward four months and by mid August Deposit Solutions had transmitted €9 billion of funding across its proprietary B2C channels, which have grown to 155,000 customers. It now has 70 banks on its B2B channel, covering 30 million savers together holding more than €1 trillion of deposits. And it is gearing up for further rapid expansion.

Last week, Deposit Solutions raised $100 million of venture capital to grow the business in new markets. It is set to launch its Savedo platform in Switzerland in October; it is looking at the UK and is now systematically evaluating opportunities beyond Europe.

The firm used to scale its progress and ambitions in terms of the €10 trillion market in European deposits.

“We have so much room to grow in Europe, where our offering is now a proven concept, but we have still only scratched the surface,” Tim Sievers, founder and chief executive officer, tells Euromoney.

But today, the firm is talking in terms of the $50 trillion global market for savings deposits.

Deposit Solutions was initially funded by e.ventures, Greycroft, FinLab and Peter Thiel. Its latest funding round not only raised a large slug of capital to fund growth, it also established a new valuation of around $500 million for the company.

The European private equity firm Vitruvian Partners – which has offices in London, Munich, Stockholm, San Francisco and Luxembourg, with €5 billion under management mostly in innovative and high-growth companies – led the latest round along with Kinnevik.

Vitruvian was an early backer of Just Eat, Farfetch –­ now preparing to float in New York –­ and Skyscanner, among others, and will now be represented on the Deposit Solutions board.

“The people at Vitruvian and Kinnevik are very experienced with fast-growing technology companies and can be a useful sounding board for us, including through their network portfolio companies, as we meet challenges with cross-border growth that they will have already encountered,” says Sievers.

What we have learned is that customers want to stay with their main bank. But they may also want to spread their savings around a little

The rapid growth of Deposit Solutions’ business and its valuation is a reminder of the potential for open banking to change the financial landscape, even as some disappointment takes hold that this has not already happened.

Sometimes when looking for evidence of such a radical change as open banking taking hold, it pays to look at the smaller banks.

In August, CYBG, the new holding company for Clydesdale Bank and Yorkshire Bank that was spun out of National Australia Bank in 2016, launched an aggregation service for customers of its mobile banking app, B.

This allows B customers to see current-account details and balances in their B accounts from all leading banks and building societies, including Barclays, HSBC, Lloyds Group, Santander, RBS and Nationwide, as well as digital banks such as Starling and Monzo.

Debbie Crosbie, COO of CYBG, says: “We are one of the first banks to be open banking ready and able to allow customers to see all their finances in one place. This is just one stage in our digital journey, enhancing the services and experiences we can offer to our customers.”

And if open banking hasn’t transformed the financial landscape already in its first eight months, a recent survey by consultants at EY found that 94% of fintechs see it as a major area of opportunity.

Deposit Solutions is at the forefront of all this in Europe. It remains to be seen which part of its business – the white-labelled B2B channel or the proprietary B2C channels – will grow fastest. In some ways it doesn’t matter. The company’s founders used the B2C proprietary channels to prove the concept and then expected product banks and client banks to pick the concept up and grow more rapidly.

Recently, the smaller B2C side has been growing fastest. These proprietary channels are almost a fall-back option for savers if their main bank does not offer an open platform for insured deposits to be placed at other banks.

“We don’t disclose volumes or customer numbers on the B2B side, but I can tell you that the number of banks using that service has substantially grown with the recent arrival of a number of German co-operative banks with very sizeable customer bases, and also further international banks, most recently a new Italian bank, Banca Sistema,” says Sievers.

Deposit Solutions has a simple revenue model. It charges product banks a commission based on the total volume of funding they raise through its channels dependent on the time over which the funding is held on their books.

For those banks that may be seeking cheap, insured deposit funding for assets in which they have specialist credit underwriting skills, that allows a low, variable cost structure instead of the high fixed costs of a branch network or customer acquisition through stand-alone mobile offerings.

The opportunity is great in Europe right now when rates are low and many customer banks may be reluctant to turn away customer deposits even though they are struggling to match these liabilities – which can be costly to hold ­– against earning assets.

The long-term downside for the customer banks is that they may be opening the door for new competitors to bid up the price of deposit funding.

Sievers appreciates the conundrum, but suggests that customer banks have to get used to it.

“The same thing happened with mutual funds,” he says. “Banks used to offer just their own in-house funds. Now customers expect access to a range of the best mutual funds including those of other banks. It is the same thing with deposits. In banking, the forces of regulation and technology are focused on eliminating switching costs.

“For depositors, that’s essentially what we provide. For customer banks, the danger in trying to keep their customers enclosed is that in striving to protect margins, they may lose their customers. If they want to own the customer relationship, banks might be better advised to embrace open banking and offer customers a choice, especially when there is now a revenue stream attached to that.”

He adds: “What we have learned is that customers want to stay with their main bank. But they may also want to spread their savings around a little, even if they don’t regularly hop to whoever is offering the best rate for the next three months.”

To date, Deposit Solutions has concentrated on retail savings. What about corporate deposits?

“We have projects working on that too,” says Sievers. “We probably won’t launch a proprietary channel aimed at SMEs. More likely we will be looking at ways for banks to deploy the B2B platform to corporate customers.”