Powell’s Jackson Hole speech could have a dovish surprise 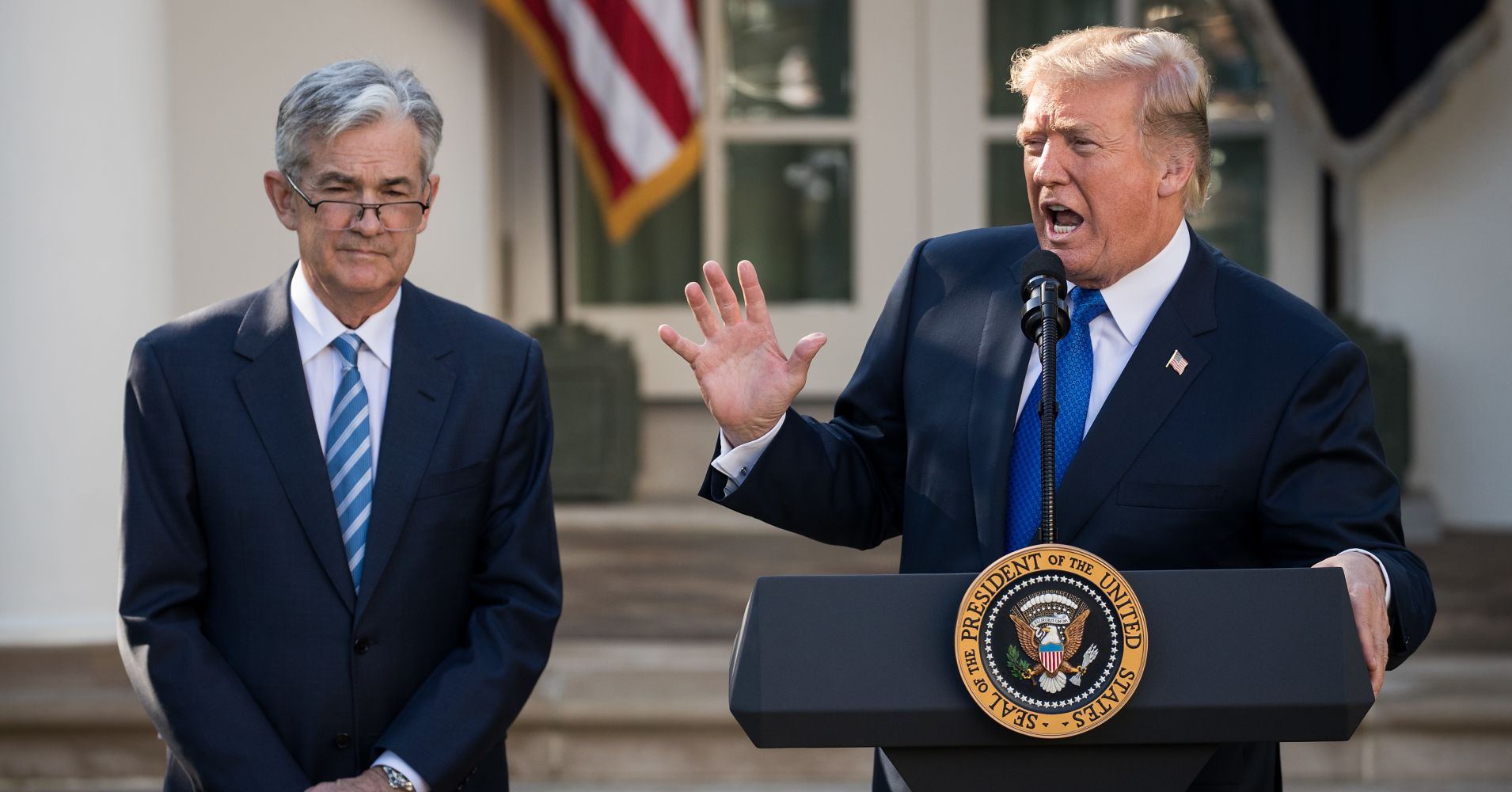 When Federal Reserve Chairman Jerome Powell speaks at the annual Jackson Hole symposium in the shadow of the Grand Tetons on Friday, he will also be standing in the shadow of President Donald Trump.

Trump this week expressed his displeasure with the Fed and Powell, by name, saying he disagrees with the Fed’s rate hiking because it could hurt the economy and vowed to keep criticizing the central bank until it stops.

Trump was not chiding the Federal Reserve for the first time, but his most recent tirade triggered an uproar, both for the unorthodox nature of the remarks from a president and the appearance that he was meddling with the Fed’s independence. But he also hit on the very thought at the top of mind for many a market pro right now — is the Fed going too fast and could it pause?

“I think his comments are important. They’re taking the tack that at the moment, ‘our policy has to stay pristine and independent from political interference,’ but the other thing is, what if he’s right?” said Rupkey. “What if rates are having a harmful effect on the prospects for growth here.”

Powell is not expected to make news in his 10 a.m. ET presentation before the untelevised academic-focused gathering of central bankers and economists in Wyoming on Friday. But strategists are watching his words, at least in print, to see if he makes the kind of dovish comments that would turn market chatter to doubts about the Fed’s rate-hiking forecast.

The Fed, in fact, has already laid down a dovish framework for what Powell could mention as risks. The Fed discussed the potential for negative impacts from tariffs and trade wars, the weakening emerging markets and a U.S. housing slowdown at its July meeting, all things that seemingly could lead to a slowing in the pace of rate hikes. The minutes of that meeting were released Wednesday, and many traders viewed those comments as dovish despite the fact the Fed said it would continue raising interest rates.

Fed chairs have been known to use the Jackson Hole podium as an opportunity to make a point about policy, as Janet Yellen did in 2016 when she said the case for higher rates has strengthened, ahead of the Fed’s rate hike two months later. But Powell does not need to adjust the Fed’s message that it is on a path to raise interest rates in a period of strong job growth, moderate inflation and a growing economy.

“I think he’s going to stick to a 30,000-foot view of the economy and what the changes in market structure imply for monetary policy in the future. I don’t think he’s going to touch on current policy very much other than laying out what’s in the current statement,” said Omair Sharif, senior U.S. economist at Societe Generale. “I don’t think he will say anything that will move rates.”

He’s also likely to stay quiet about Trump’s comments. “I don’t think he wants to get in a Twitter war with the president. My feeling is he kind of just wants to keep his head down and do his job,” he said.

Kansas City Fed President Esther George told CNBCin Jackson Hole on Thursday that Trump isn’t the first president to criticize the Fed and his comments would not influence her thinking.

Rupkey said Trump’s comment could cast doubt on the Fed’s own theory that interest rates below the neutral level of the economy would be stimulative and don’t “take the punch bowl away for the economy” until they’re much higher than they are currently.

“Trump’s not going to be in the room at Jackson Hole, but his presence will be felt,” said Rupkey. “Certainly emerging markets are worried about rising rates. [The Fed’s] interest rate policies are having a harmful effect on some of the world’s economies. It’s not nothing. I think his [Trump’s] comments are important.”

Strategas economist Don Rissmiller said he has been expecting the Fed to take a pause. His view is that the neutral rate, the level where rates neither stimulate nor slow economic activity, is about 2.25 percent, while the Fed view is that it’s closer to 3 percent.

“To some extent, in my view this was a setup anyway. You need a pause. To politicize it is counterproductive. Now you throw in the concern that you’re pausing because of political pressure,” he said. Rissmiller does not expect Powell to mention Trump, and he also disagrees with the market view that Powell will intentionally veer away from all dovish talk in an effort to show the Fed is independent.

The Fed is next expected to raise the fed funds target rate range by a quarter point at its Sept. 25 and 26 meeting. The Fed has forecast four hikes for this year, so the December meeting is also expected to be one where the Fed raises interest rates. But that meeting is where the views of economists begin to diverge, with some expecting the Fed to skip its fourth hike for 2018.

The Fed has four more hikes penciled in after that, but the market is barely pricing in one more for next year.

“People are increasingly nervous about recession in late 2019,” said John Briggs, head of strategy at NatWest Markets. Briggs said the markets will be watching for anything that suggests the Fed could stop raising rates and when, but Powell is unlikely to tip his hand.

There are also concerns in the market, and within the Fed, about the flattening yield curve. The curve, in the case of the gap between the 2-year yield and 10-year yield, is now at a very flat 22 basis points. The worry is a flat curve leads to an inverted curve, where the short end yield could rise above