FX: What’s in store for the Turkish lira? 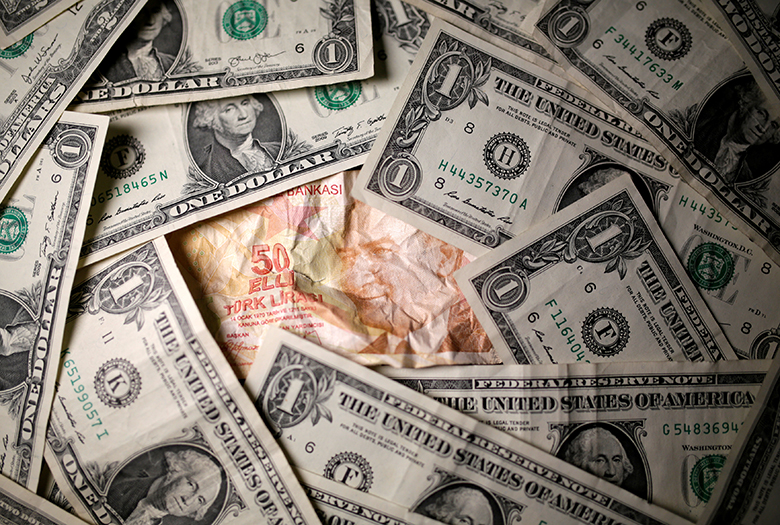 The escalating row over Turkey’s detention of American pastor Andrew Brunson appeared to be the last straw, sending the lira into freefall in August.

Brunson was arrested in October 2016 and accused of colluding with an organization the Turkish government claims is behind that year’s failed coup attempt.

On August 17, a Turkish appeals court rejected the application to release the pastor, causing renewed outrage from the US government, which could lead to further sanctions.

On August 10, US president Donald Trump had already begun his economic attack on Turkey by announcing in a tweet that he would be doubling aluminium and steel tariffs on the country, to 20% and 50% respectively.

During the same week, Washington also said Turkey’s duty-free access to US goods was under review, which could affect some $1.66 billion of Turkish imports.

These announcements sent the lira over the edge, but underlying economic data have been putting pressure on investor confidence for some time.

One of the key concerns has been Turkey’s double-digit inflation and the government’s apparent inability to tackle the problem. In July, Turkey was already running a CPI of 15.85%, near a 14-year peak, which is expected to climb further after the sharp currency falls in August.

However, president Recep Tayyip Erdogan is firmly against raising interest rates to counter price rises, and his moves to undermine the independence of the central bank have caused widespread scepticism.

In a recent note, Société Générale’s analyst Phoenix Kalen comments: “Through the recent turmoil, what is most notable is what the Central Bank of the Republic of Turkey (CBRT) has not done.

“It has refrained from an explicit interest-rate hike, despite this being the clearest possible indication of a commitment to tame inflation pressure, improve financial stability and demonstrate monetary policymaking independence.”

She adds: “We expect the CBRT to remain behind the curve in tackling Turkey’s inflationary pressures, and for the overly loose policy stance to regularly translate into a driver for currency weakness.”

As a result, of all these factors, the Turkish lira has already plummeted nearly 40% against the US dollar during this year to the August 28. It is now trading around the TRY6.23 mark, but at its worst it reached around TRY7, having slumped by around 20% in the week to August 10 alone.

This made the lira the worst-performing currency in the world this year, overtaking crisis-hit Argentina.

The key question is whether the lira will continue its downward spiral or recover in the coming months.

Thomson Reuters believes the next meeting of the Turkish central bank will decide the direction of the currency’s travel, but has cautioned against potential further falls below the record low.

Paul Clarke, head of FX venues at Thomson Reuters, says: “Unless Turkey adopts conventional monetary policy and raises rates to combat inflation, the lira will not recover in a sustainable fashion and may weaken beyond the current record low.

“The currency’s big rebound [against the US dollar] from 7.24 is not cause for optimism. It is largely due to a near-total loss of liquidity, a very bad sign for the lira.”

He adds: “The lira drop should lead already-elevated inflation to rise even more. CPI hit a near 14-year peak at an annual 15.85% in July compared with 10.23% in March. New data is due September 3.

“Despite the drop from 7.24, USD/TRY is currently 35% above July’s low. The next central bank meeting is not until September 13, and it is prudent to hedge against an even weaker lira. A sustained USD/TRY drop under 5.40-50 is unlikely unless the central bank reclaims its independence.”

Meanwhile, Société Générale’s Kalen’s base-case scenario is for the lira to drop below the TRY7.00, tumbling to TRY8.00 by the fourth quarter and only recovering back to the TRY7.00 level by Q2 2019.

Under this assumption, TRY will fall to 8.0 before reaching the “pain threshold that compels Turkey to compromise on some of its strategic objectives”.

She notes: “We anticipate that over a period of several months, renewed banking sector stress, the growing need to recapitalize troubled banks, mounting NPLs arising from higher corporate FX debt burden, difficulties for corporates to access external markets, and a decrease of the Turkish population’s confidence in the lira may put so much internal pressure on president Erdogan that he is compelled to go back to the negotiating table.

“This could in turn lead to diplomatic concessions with the US and efforts to repair the relationship. Post that turning point, a gradual recovery in TRY-denominated assets could follow.”

However, the bank sees a 5% probability that the country will plunge into “economic and financial crisis” if Erdogan refuses to compromise on his priorities, which would lead to severe currency depreciation – a scenario in which the bank envisages USD/TRY plummeting as low as TRY9.00.

However, opinions on the lira’s valuation are not unanimous.

According to Robin Brooks, managing director and chief economist at the Institute of International Finance (IIF), the currency was overvalued by some 15% at the beginning of 2018, but looks cheap after the falls it has suffered year to date.

He says: “There are a couple of reasons why the assessment of our models has changed so much. For one thing, the real exchange rate has fallen a great deal, so that by itself should generate a meaningful export recovery down the road.

“For another, the credit boom that was so central to last year’s developments has gone into reverse, with a sharp slowdown in bank credit flow and even – on some metrics – a contraction. The resulting slowdown in the economy will help narrow the current-account deficit significantly, by way of import contraction.”

Brooks adds: “So we are in the camp that there was significant overshooting of USD/TRY when it was around 7.00 and even at these levels the currency is – from a fundamental perspective – cheap. The outlook for the economy is for a significant slowdown in activity, which we think markets – that are still too bearish on the lira – are only just coming to grips with.

“That slowdown obviously won’t be pleasant, but it does have the advantage that it fundamentally changes the balance-of-payments dynamics, by making Turkey less dependent on foreign capital inflows.”