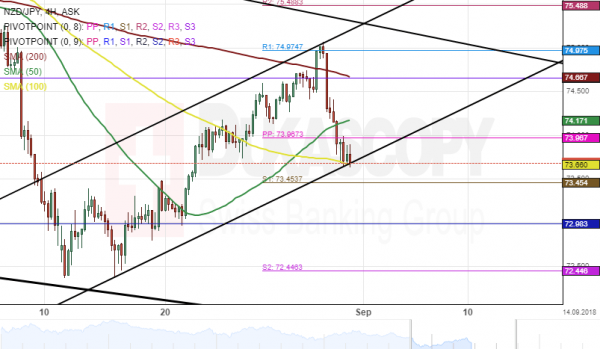 The New Zealand Dollar has been trading in two different channels against the Japanese Yen. The most important of the pattern is the junior ascending channel pattern which is currently guiding the price higher.

However, after hitting the upper boundary of the junior ascending channel, the currency pair made a U-turn south. As a result, the rate breached the three moving averages.

Given that the currency exchange rate has moved closer to the bottom border of the junior channel pattern, a breakout is likely to occur during the following trading session. Meanwhile, technical indicators flash bearish sentiment.