US third-quarter economic growth revised down to 3.4% 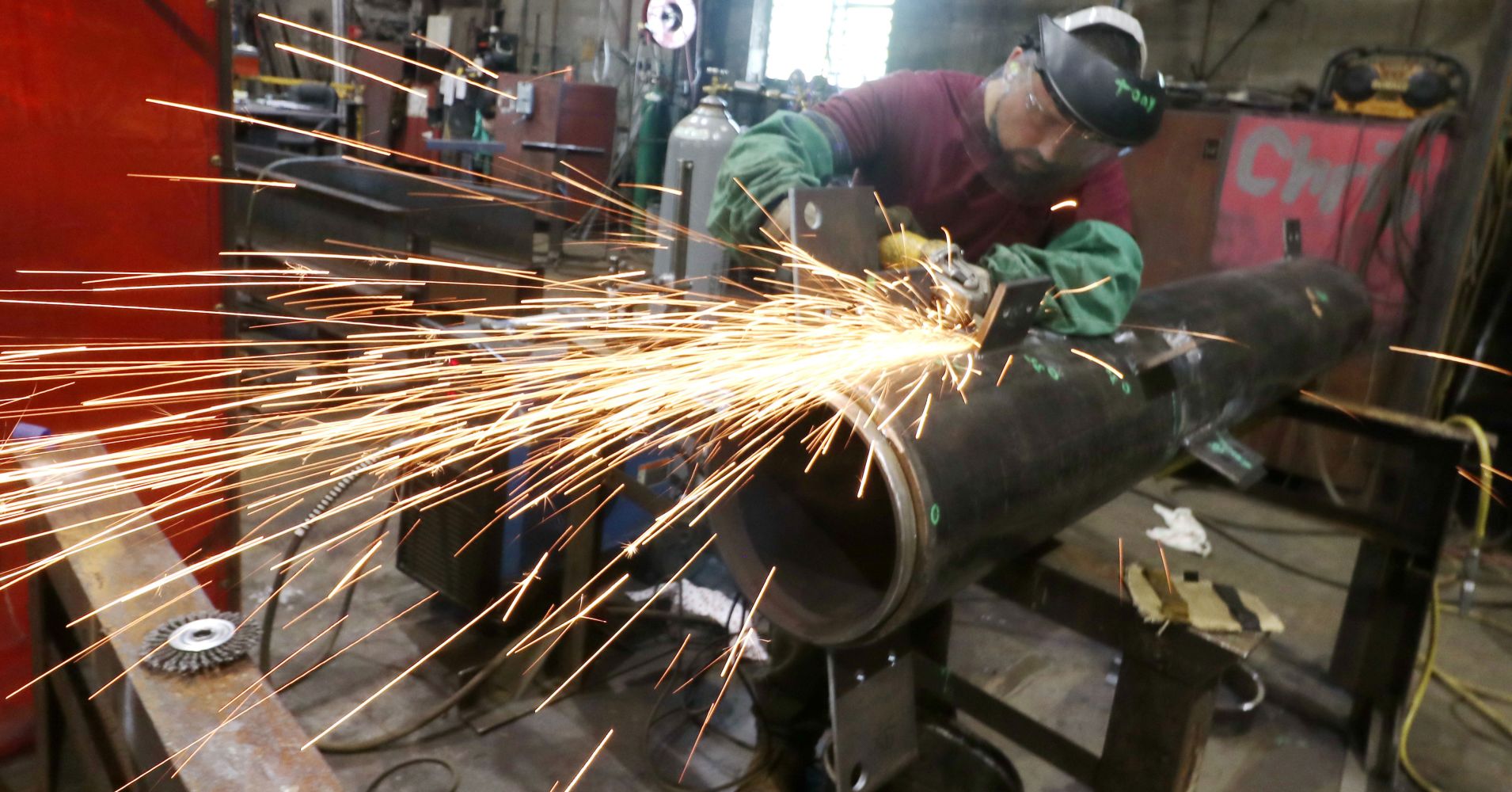 The U.S. economy slowed in the third quarter a bit more than previously estimated, but the pace was likely strong enough to keep growth on track to hit the Trump administration’s 3 percent target this year, even as momentum appears to have moderated further early in the fourth quarter.

Gross domestic product increased at a 3.4 percent annualized rate, the Commerce Department said on Friday in its third reading of third-quarter GDP growth. That was slightly down from the 3.5 percent pace estimated in October and well above the economy’s growth potential, which economists estimate to be about 2 percent.

The revisions to the third-quarter GDP reading reflected markdowns to consumer spending and exports. Inventory accumulation was, however, much bigger than previously estimated. There were downward revisions to business spending on equipment and nonresidential structures, as well as residential investment.

The economy grew at a 4.2 percent pace in the April-June quarter.

The Federal Reserve raised interest rates on Wednesday for the fourth time this year, but forecast fewer rate hikes next year and signaled its tightening cycle is nearing an end in the face of financial market volatility and slowing global growth.

The U.S. central bank slightly lowered its growth projections for 2019.

Growth is being driven by the Trump administration’s $1.5 trillion tax cut package, which has given consumer spending a jolt. The fiscal stimulus is part of measures adopted by the White House to boost annual growth to 3 percent on a sustainable basis.

But the economy appears to be slowing in the fourth quarter amid a widening trade deficit, sluggish business spending on equipment and a weak housing market.

The slowdown in growth is expected to spill over into 2019 as the fiscal stimulus fades and a bitter trade war with China and strong dollar undercut manufacturing. Growth estimates for the fourth quarter are around a 2.9 percent pace.

An alternative measure of economic growth, gross domestic income (GDI), increased at a rate of 4.3 percent in the third quarter, instead of the 4.0 percent pace reported last month.

The average of GDP and GDI, also referred to as gross domestic output and considered a better measure of economic activity, increased at an unrevised a 3.8 percent rate in the July-September period.

Inventories increased at an $89.8 billion rate, instead of the $86.6 billion rate estimated in November. Inventory investment added 2.33 percentage points to GDP growth. That was more than the 2.27 percentage points reported last month and was the biggest contribution since the fourth quarter of 2011.

Consumer spending, which accounts for more than two-thirds of U.S. economic activity, increased at a 3.5 percent rate in the third quarter, slightly down from the 3.6 percent rate estimated in November.