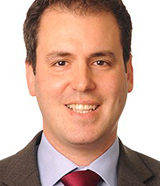 Holdouts in 2017’s debt restructuring by the International Bank of Azerbaijan (IBA) scored a legal victory on December 18 when a judgement forcing the lender to recognize their claims was upheld by the Court of Appeal in London.

The decision comes more than 18 months after Azerbaijan’s largest lender surprised markets by announcing plans to restructure $3.3 billion worth of senior debt. The restructuring was vehemently opposed by creditors as local policymakers had repeatedly promised to resolve capital issues at the state-owned bank without bailing in bondholders.

Nevertheless, in July 2017, holders of 93.9% of the bank’s senior debt agreed to a restructuring that involved an exchange into either long-dated Azerbaijani sovereign bonds or new instruments issued by IBA.

The restructuring was done under local law in Azerbaijan and approved by a court in Baku. As some of the debt had been issued under English law, however, IBA was granted a moratorium to prevent creditors enforcing debts in the London courts during the process.

Once the restructuring was completed, the bank applied to have the moratorium made permanent. This would have effectively forced creditors who had not participated in the restructuring to accept one of the options offered by IBA and its shareholders.

A small group of holdouts resisted the application. Russian state-owned lender Sberbank, which was owed $20 million by IBA, joined Franklin Templeton in legal action against the bank. Funds belonging to the US firm and entities associated with it hold nearly all of the $154.7 million of IBA’s old bonds due in 2019 that were not surrendered during the restructuring.

Lawyers for the holdouts argued that under a principle established in the 19th century, known as the Rule in Gibbs, an English law debt can only be restructured or discharged under English law. An exception has since been made for legal systems within the European Union (EU).

By contrast, in New York, the other big jurisdiction for international debt issuance, courts will recognize restructurings under other legal systems. Thus, IBA was able to get a permanent injunction against creditors in relation to debt issued under New York law.

In January 2018, the High Court in London ruled in favour of the creditors. IBA appealed the decision and the case was heard in late October.

According to Dechert, which is acting for Franklin Templeton, IBA has indicated that it plans to ask England’s Supreme Court to consider the case. White & Case, who represent the bank, declined to comment.

Adam Silver, partner at Dechert, says the decision by the Court of Appeal to uphold the Rule in Gibbs could have important implications for future restructurings where part of the debt was issued under English law.

“The next bank or corporate outside the EU going through a restructuring process will appreciate that if they are unable get creditors holding English-law debt to vote in a local-law restructuring then those creditors won’t be bound by the terms of that restructuring,” he says.

“If they want to do a restructuring that binds those creditors, they will have to come to the UK and do something under English law.”

He adds that this will benefit creditors because English restructurings include safeguards and protections that are not always present in other jurisdictions.

In the case of IBA, this might have meant that the bank would not have been able to count Azerbaijan’s national oil fund, Sofaz, as a senior creditor. Sofaz, which had $1 billion of deposits at the bank, naturally voted in favour of the restructuring.

“There is a very real chance that if the restructuring had been done in London, IBA would not have got the necessary creditor support,” says Silver.

The action against IBA is the first time that an emerging market debt restructuring arranged under local law has been challenged on the basis of the Rule in Gibbs. Lawyers say the option could have been used in previous cases, notably the double restructuring by Kazakhstan’s BTA Bank, but creditors have been deterred by the time and expense required to pursue the claim.

Silver says that the case has been closely watched by international debt investors.

“A lot of investors we work with are very interested in what this ruling could mean for new bond issuances and restructurings, and in the potential for jurisdictional arbitrage,” he says.

The case could achieve an even wider relevance if the UK goes through with Brexit, as planned, in March.

Lawyers say there is no certainty that the Rule of Gibbs will continue to be excluded in the EU once Britain leaves the bloc, in which case European restructurings would not necessarily be valid under English law.