‘Just call it what it is’: BofA’s Stephen Suttmeier declares a bear market 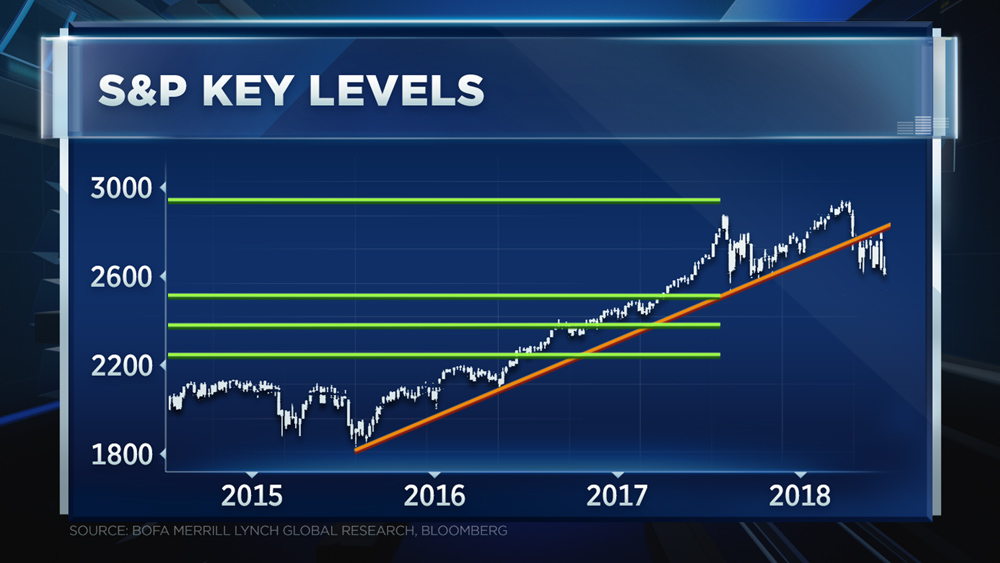 Bank of America-Merrill Lynch sees stocks struggling through the first half of 2019.

Stephen Suttmeier, the firm’s chief equity technical strategist, is building his case with two S&P 500 charts. They suggest stocks are in the throes of a bear market and the correction is deepening.

That would be more than a 20 percent decline from the index’s all-time highs hit on Sept. 21. A drop that size falls into the textbook definition of a bear market.

Right now, the Dow and S&P 500 are on pace for their worst year in a decade. They began selling off sharply on Oct. 3, and according to Suttmeier’s math, it could last at least another six months.

“We do think the equity markets are set up to continue this cyclical bear market or bear market, just call it what it is — and correct further, a deeper retracement,” he said.

Despite his gloomy forecast, Suttmeier doesn’t think the downturn will come at the expense of the secular bull market.

Based on historical data, he noted markets have fallen 20 percent or more without being accompanied by a recession. And, this case may be no different.

As atypical as it may feel, Suttmeier contends there’s nothing extraordinary about the latest string of deep sell-offs.

“Our view is it’s a garden-variety bear market — not like the 50 percent drawdown we saw in 2007 to 2009 or the one in 2000,” Suttmeier said. “You could have cyclical bear markets, economic expansions [and] contractions in cyclical bull markets.”