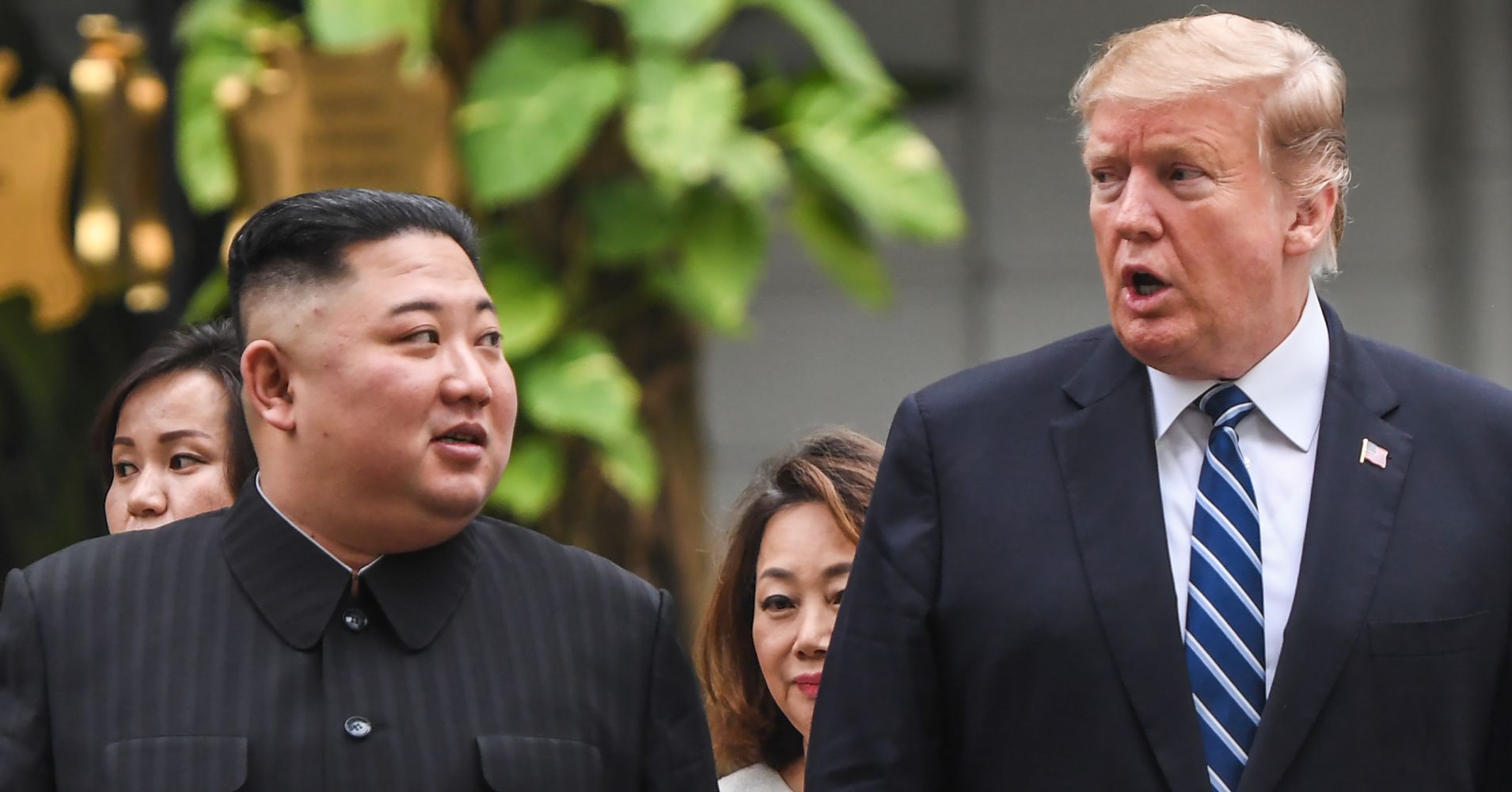 The parents of Otto Warmbier, who died of injuries sustained in prison in North Korea, issued a stinging rebuke to President Donald Trump for saying he believed North Korean leader Kim Jong Un’s claim that he was unaware of the brutal conditions under which their son was being held, or the abuse he suffered during his captivity.

The statement came a day after Trump returned from a nuclear summit with Kim in Hanoi, Vietnam, which failed to make any progress on denuclearizing North Korea.

Before departing from Hanoi, Trump was asked whether he raised the issue of Warmbier’s captivity and death with Kim. Trump said he had.

Trump added that Kim “felt very badly about it,” and that the dictator “knew the case very well but he knew it later,” implying that Kim somehow only learned of his American prisoner’s situation after he was released and died of the injuries he suffered at the hands of Kim’s government.

Warmbier, 22, was arrested in Pyongyang in 2016 for removing a banner from a hotel. He was sentenced to 15 years of hard labor. He was released in June 2017 but returned to the United States in a coma and died just days after he landed on U.S. soil.

Foreign policy experts were quick to contradict Trump’s claim that Kim was unaware of Warmbier’s situation.

“It is inconceivable that such a high profile American prisoner like Otto Warmbier, that Kim Jong Un would not know,” Bill Richardson, a former U.S. ambassador to the United Nations who was deeply involved in back-channel negotiations to obtain Warmbier’s release, told MSNBC on Thursday.

And on CNN, Richardson said: “The president should know better. And what should happen is a full accounting. Kim Jong Un should say, to his intelligence people, ‘Let’s tell the truth on this.’ But they’re not going to do it.”

Stung by the criticism and the statement from Warmbier’s family, Trump pushed back in a pair of tweets Friday afternoon.

“Of course I hold North Korea responsible for Otto’s mistreatment and death,” Trump said in the tweets, after noting: “Remember I got Otto out along with three others.”

TWEET I never like being misinterpreted, but especially when it comes to Otto Warmbier and his great family. Remember, I got Otto out along with three others. The previous Administration did nothing, and he was taken on their watch. Of course I hold North Korea responsible….

TWEET ….for Otto’s mistreatment and death. Most important, Otto Warmbier will not have died in vain. Otto and his family have become a tremendous symbol of strong passion and strength, which will last for many years into the future. I love Otto and think of him often!

Trump’s clarification did not address the question of whether he believed Kim himself knew about Warmbier’s imprisonment at the time.

This is not the first time that Trump has taken the word of an autocratic leader over the conclusions of his own intelligence services.

In 2017, at a summit in Helsinki with Russian President Vladimir Putin, Trump publicly accepted Putin’s denial that Russia had interfered in the U.S. presidential election in 2016. This came despite a unanimous assessment by U.S. law enforcement and intelligence agencies that Russia did, indeed, try to sway the election in Trump’s favor.

“I have great confidence in my intelligence people, but I will tell you that President Putin was extremely strong and powerful in his denial today,” Trump said during a joint press conference with Putin.

The following year, Trump again accepted Saudi Arabia Crown Prince Mohammed Bin Salman’s denial that he had anything to do w