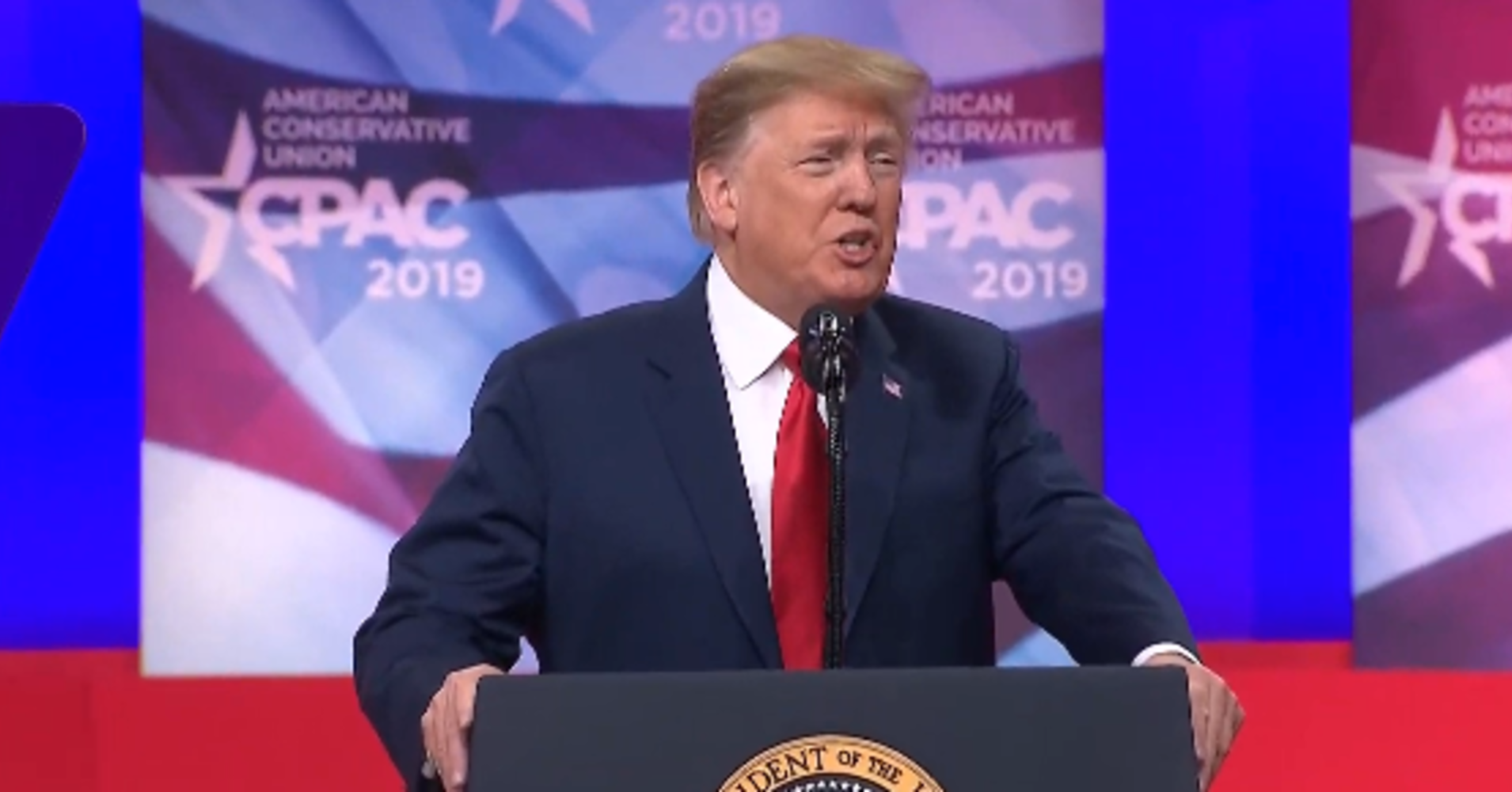 President Donald Trump reiterated his criticism of the Federal Reserve’s monetary policy and said it is promoting a strong U.S. dollar, possibly at the expense of the U.S. economy, during a nearly two-hour speech at the Conservative Political Action Conference on Saturday.

“America is now booming like never before,” Trump said. “Other countries are doing very poorly. That makes it even harder for us to be successful. Plus, we have a gentleman that likes raising interest rates in the Fed,” he said, referring to Federal Reserve Chair Jerome Powell.

“We have a gentleman that loves quantitative tightening in the Fed. We have a gentleman that likes a very strong dollar in the Fed. So with all of those things — we want a strong dollar but let’s be reasonable — with all of that we’re doing great. Can you imagine if we left interest rates where they were? If we didn’t do quantitative tightening? I want a dollar that’s great for our country but not a dollar that’s prohibitive for us to be doing business with other countries.”

CPAC began earlier this week on Feb. 27 and runs until tomorrow, March 2. It has already featured a range of conservative speakers who covered an array of topics, from the opioid crisis to abortion, and considers itself the “birthplace of modern conservatism.”

In his speech, Trump touched on a wide range of topics from the recent talks with North Korea to the 2020 election — which he said he expects to win by a larger margin than the 2016 election — and a recently proposed environmental plan, The Green New Deal.

On tariffs, Trump said he and China’s President Xi Jinping have a strong relationship and “great respect” for one another.

“How is it possible you got away with this for so long? Because nobody asked us to change,” Trump said, noting that China increased tariffs on U.S. products up to 40 percent because nobody ever told China to stop. “We should have been doing the same thing to them but we didn’t. It’s hard to believe.”

Saturday has been a year since Trump made his comments that “trade wars are good and easy to win.”

“We’re renegotiating, right now, horrible trade deals. We’re cracking down on countries that cheat and standing up for the American worker for the first time in many, many decades. Our workers have been treated horribly,” Trump said, saying days where companies shut down plants in places like Michigan and Pennsylvania and then move them to Mexico are “all gone.”

“It’s very hard for a company to fire its 4,000 workers and move to Mexico,” Trump said. “They can do it I guess, if they want, but it’s costly. It’s painful. I used to say it’s almost like they’re giving them an incentive to leave our country.”

Trump also talked about immigration and suggested that immigrants can help fill new jobs opening in the U.S.

The Green New Deal calls for the United States to operate entirely on renewable energy. If approved, it would also require all buildings to be energy efficient within about ten years, and would require all transportation, including cars, to eliminate all greenhouse gas emissions and carbon dioxide in the same time period.

“Their plan would remove every gas powered car from American roads,” Trump said. “They want you to have one car instead of two. And it should be electric. They’ll tell people no more cars. I think the auto industry won’t do well under this plan. Maybe you’re going to see some bad stock prices if that passes. It’ll end air travel, but you’ll get on a train. Don’t worry about it.”

Trump also said The Green New Deal would “force the destruction or renovation of virtually every existing structure in the United States,” and said New York City would have to be ripped down. “I just want to be the Republican that runs against them,” Trump said.

Trump briefly talked about Special counsel Robert Mueller’s investigation into possible ties between the Trump campaign and Russia. He suggested Mueller was upset because he wasn’t named to the head of the Federal Bureau of Investigation. Trump said the probe is trying to take him out with “bullshit.”

Mueller is said to be nearing a submission of the report to U.S. Attorney General William Barr.

Toward the end of his speech, Trump also touched on the North Korean nuclear talks that fell apart earlier in the week.

“I had to walk, because every once in a while you have to walk,” Trump said of the failed talks in North Korea. “Because the deal wasn’t a deal that was acceptable to me. I don’t like these deals that politicians make. They make a deal for the sake of doing it. I want