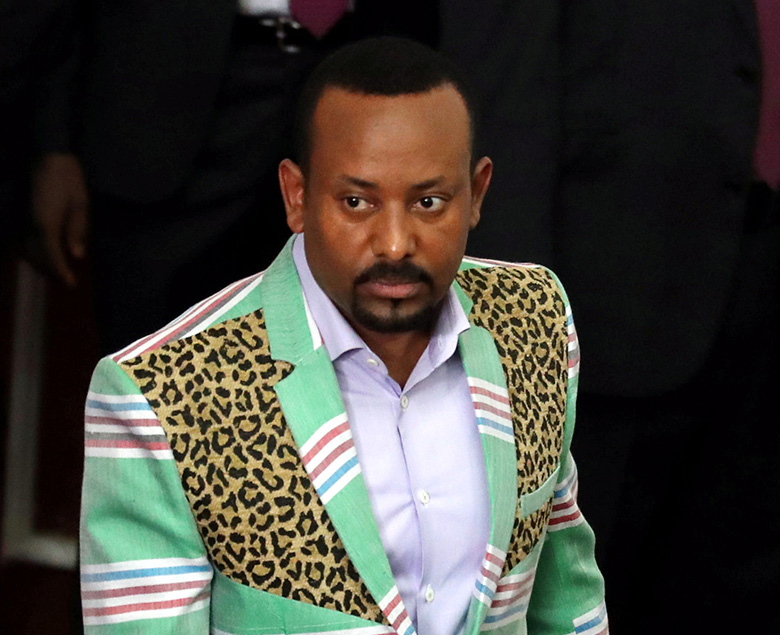 Take notice: Much like PM Abiy Ahmed’s sartorial choice, his political and economic decisions also point to a brighter future for Ethiopia

Euromoney’s latest country risk survey shows Ethiopia to be one of the most improved sovereign borrowers this year.

Its country risk score has gained 1.2 points, pushing it higher up the fifth and lowest tier into which Euromoney separates all 186 countries surveyed.

Ethiopia is still among the world’s worst default risks, but now ranks 116th in the global risk rankings, sandwiched between Guyana and Mongolia after having climbed 26 places during the past five years.

This puts Ethiopia less than one point from tier-four status, heralding a possible credit rating upgrade if all goes to plan.

Ethiopia is presently B-rated by Fitch and Standard & Poor’s, with Moody’s awarding a B1 (B+ equivalent) rating, after the agencies awarded their first sovereign ratings of Ethiopia in 2014.

“The political environment remains largely positive under the stewardship of Abiy thus far, says Rafiq Raji, chief economist at Macroafricaintel. “There is now a freer press, greater tolerance for criticism, and so on.”

Raji is one of more than 400 contributors to Euromoney’s crowd-sourcing risk survey, and one of 11 focusing on Ethiopia.

Former PM Meles Zenawi had ruled for 17 years until his death in 2012, and was replaced by Hailemariam Desalegn for four years before he resigned after social unrest in 2016.

This provided the touch-paper for reforms that Abiy began in a caretaker capacity before elections were held in 2018. His winning party, the Oromo Democratic Party, then became part of the four-party ruling coalition known as the Ethiopian People’s Revolutionary Democratic Front.

“Unsurprisingly, erstwhile influential Tigrayans are increasingly resistant to Mr Abiy’s charms, not that anyone is surprised by their angst,” says Raji. “But without a fairer system, there will continue to be upheaval. So PM Abiy is on the right path.”

The country has seen four of its six political risk indicators improve this year, including transparency, institutional risk, the regulatory and policymaking environment, and government finances, responding to the changes under Abiy’s leadership.

Bank stability and the economic-GNP outlook are also risk factors that have been upgraded.

The country has been rapidly expanding for the past decade, and, continuing the trend, GDP growth is expected to be close to 8% in real terms this year.

This means Ethiopia will still be among the strongest performing economies in the region, competing with Cote d’Ivoire, Ghana, Rwanda and South Sudan; the latter catching up after years of steep decline.

Analysts note the massive hydroelectric power project, the Grand Ethiopian Renaissance Dam, on the Blue Nile is still a major foreign policy issue, given the negative implications for Egypt and Sudan downstream, while the restive Oromia region represents a security risk.

Raji also refers to what he describes as “one-man risk” – in reference to the current reforms and whether they are likely to endure should Abiy leave the scene.

“His anti-corruption fight, which inevitably targets the military establishment, could also be a potential source of instability,” he cautions.

These caveats aside, Ethiopia seems an attractive option on the back of strong economic growth, supported by reforms and investment, notably from China as part of the Belt and Road Initiative.

Its country risk score has gained more than seven points over the past five years, a rise bettered by few countries in sub-Saharan Africa; apart from one or two smaller countries, Cote d’Ivoire is the only notable exception.

Despite what may appear to be some rather alarming economic risk indicators, including high, double-digit inflation, improvements are expected.

The IMF foresees inflation slowing, eventually, aided by more orthodox policies employed by Yinager Dessie, the man Abiy appointed as the governor of the National Bank of Ethiopia – the central bank – who is also exploring opening up the financial sector to foreign investment.

Both the fiscal and current-account deficits are seen narrowing – to around 3% to 4% of GDP and 6% of GDP respectively – and foreign-exchange reserves coverage is already improving.

In just a year in office, the government has seen $13 billion of capital inflows, easing the funding gap that is posing a risk to medium-term stability.

The government is moreover committed to economic reforms, with the finance ministry confirming Ethio Telecom is the first of four planned privatizations, the others being Ethiopian Airlines, Ethiopian Shipping & Logistics Services Enterprise and Ethiopian Electric Power.

These are integral to plans to liberalize the economy and attract more foreign capital.

Ethiopia is also undergoing structural transformation, with analysts acknowledging investments in infrastructure, including the road and rail network, and plans to improve the electricity transmission and distribution network.