Macaskill on markets: Apple and the IT spending serpent 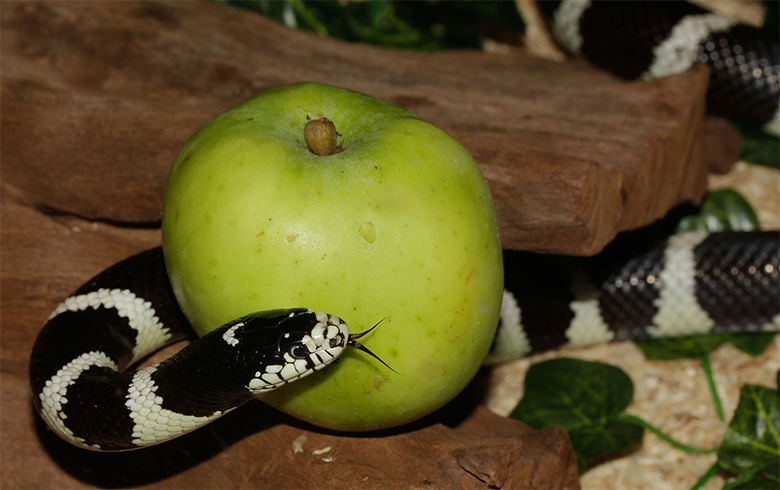 Financial industry executives know they have to seem technology savvy nowadays. Digital labs are found in most banks and insurance firm Aviva even set up a digital garage in London’s hipster enclave of Hoxton Square, although that may have been so it had somewhere to store printouts of its discarded strategy plans.

Goldman Sachs has been a leader in the field of aggressive marketing of supposed technological advantages, including promotion of its institutional client digital platform Marquee. Goldman has actually lost fixed income and equity trading market share in recent years, so it is not clear how much of a differentiator this platform has been, but it remains a focus of promotional efforts.

In another attempt to establish technological superiority over its peers, the bank will soon provide more details of a partnership with Apple. This looks likely to be an arrangement to provide a credit card targeted at millennial customers, complete with features that may make it difficult for Goldman to turn a profit.

In its first-quarter earnings presentation Goldman highlighted the partnership as though it had the potential to transform its entire future, however.

“I want to turn your attention to the key elements of this project as they represent the same drivers and underscore a range of major strategic growth initiatives underway at the firm,” Goldman chief executive David Solomon told analysts.

“These elements include re-imagined products that address pain-points for corporations, institutions and consumers; new technology unburdened by legacy systems that often slow down innovation; [and] digital delivery mechanisms that produce scale and efficiency and access to large customer populations.”

Later in the same earnings call chief financial officer Stephen Scherr outlined areas where digital initiatives should boost efficiency at the firm, but was then forced to sheepishly defend Goldman’s refusal to disclose a simple net figure for its technology spending.

JPMorgan, by contrast, is out and proud about its IT budget. It is currently running at $11.5 billion a year, making the bank the biggest spender in the industry, ahead of Bank of America, Wells Fargo and Citigroup. JPMorgan nevertheless also seems to be wrestling with the temptation to put an unduly positive spin on its spending.

In the past, the way that technology was delivered was very different, and the more that we’re in a modern, virtualized, cloud-ready way with new technology, each dollar of technology is more productive

In her last earnings presentation as chief financial officer before taking up a new role as head of consumer lending (and an uncomfortable position as long-term heir apparent to chief executive Jamie Dimon), Marianne Lake pushed the idea that technology spending at JPMorgan is changing for the better.

“In the past, the way that technology was delivered was very different, and the more that we’re in a modern, virtualized, cloud-ready way with new technology, each dollar of technology is more productive,” she said.

Lake was careful to qualify what the more positive verb “change” encompassed in her definition, as opposed to the passive “run”, meaning to maintain services.

“Remember, in the ‘change the bank’, it runs the whole gamut from platforms and controls to customer experience, digital, data, R&D. So it’s the whole spectrum,” she said.

Run the bank – which is obviously never to be confused with a run on the bank – is probably the greatest technological challenge faced by most top financial executives, even if they are understandably keen to accentuate the positive when it comes to spending.

Banks face enormous and rising costs in guarding against cybersecurity breaches in the future. However, their single biggest problem may be the mundane but challenging task of reforming legacy technology platforms.

Deutsche Bank presents a stark example of how the technological mistakes of the past can hold back attempts to reform for the future.

In the years when Josef Ackermann and then co-heads Anshu Jain and Jürgen Fitschen ran Deutsche, it spent lavishly to promote its Autobahn electronic dealing platform, which remains popular with clients, especially for currency trading.

But away from the client-facing system Deutsche used a morass of incompatible technology platforms that were run by the heads of individual fiefdoms within the firm. Tensions over technology spending between different groups were and remain common to most firms, especially in investment banking. These divisions were unusually pronounced at Deutsche, however.

Jain exploited and encouraged a culture of cut-throat competition within the bank, so it was not until John Cryan took over as chief executive in 2015 that an effective attempt was made to reform technology systems.

Four years later progress has been made, but it has been painfully slow. Deutsche has reduced the number of IT systems it uses from 45 in October 2015 to 26 today, and current chief executive Christian Sewing said at the firm’s recent AGM that he wants to cut this further, to 10 to 15 systems.

Deutsche’s chief operating officer Frank Kuhnke noted in a presentation in March that the bank has been able to streamline its systems and reduce error rates substantially while holding its overall annual technology budget at around €4 billion.

That is only just over a third of the total spent by JPMorgan. But Deutsche’s revenue for 2018 was €25 billion, which was roughly a quarter of JPMorgan’s $109 billion, and Deutsche’s net income of €341 million was a fraction of JPMorgan’s $32 billion.

It might seem unfair to use simplistic measures of the efficiency of technology spending per unit of revenue or profit when comparing financial institutions with different challenges. However, the more that financial firms offer their own vaguely defined metrics on ratios such as ‘run the bank’ versus ‘change the bank’, the more investors and even clients should demand supporting data.