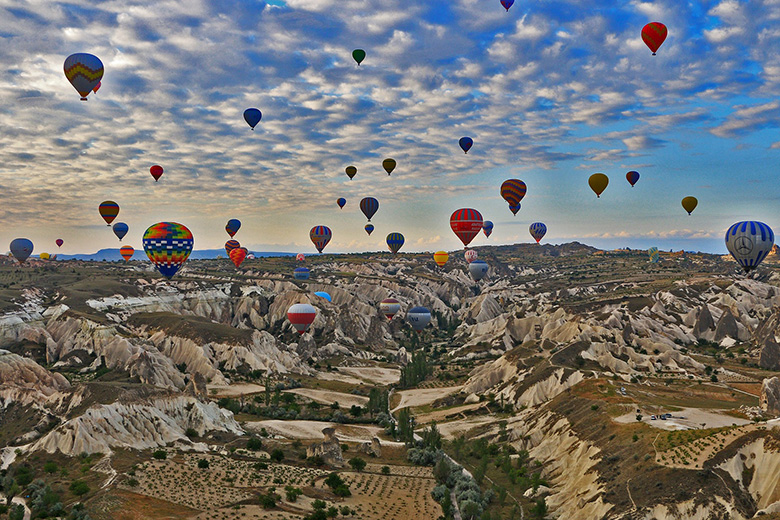 A lot of hot air over Turkey: And from an investor’s point of view, the fear of a crash landing

Turkey is a consistent theme, as far as investor risk is concerned.

That much is clear from Euromoney’s country risk survey, which shows further falls in its total risk score this year.

That message has not been lost on investors based on the latest statistics for January through to July showing a year-on-year decline of slightly more than 13% for net inward investment, to $5.4 billion, around half of which comprises volatile equity flows.

The third-quarter survey results – soon to be released – have provided no let-up.

Analysts have maintained their heightened risk perceptions, in fact becoming more concerned overall, according to the downgraded aggregate total score. A combination of political and economic factors are to blame.

Yet the situation remains rather more complex than media reports suggest.

That’s the opinion of Emre Deliveli, one of Euromoney’s expert local contributors and freelance economics consultant, who sees some risk factors stabilizing, and even improving slightly, while others invariably remain a source of concern.

This mixed response extends across the board, to government stability, institutional risk and policymaking, where there are a wide range of issues influencing analysts’ perceptions.

Nostalgia says a lot about the state of mind of the Turkish government, and it says decidedly disturbing things to the intelligent investor

Positively, inflation is moderating, having fallen by 10 percentage points to 15% during the past year.

“The fiscal stance is not too bad either, if you ignore one-off statistical issues,” says Deliveli.

The government announced the headline deficit will be larger, but will remain below 3% of GDP in 2019 and 2020, and is thereafter seen narrowing.

Negatively, however, government stability is in question since the local elections earlier this year saw the ruling Justice and Development Party (AKP) suffer notable losses.

That included a landslide victory for the opposition mayoral candidate Ekrem Imamoglu, who took charge of Istanbul. The majority of cities now claim an opposition-linked candidate.

It will have no immediate bearing on governance nationally, but is providing Erdogan’s opponents with confidence, not least in light of former AKP deputy prime minister Ali Babacan’s move to establish a new party. This may further split some of the ruling party vote attracted to a more liberal market, pro-western ticket.

Other negatives include the sacking in July of Murat Cetinkaya as central bank governor. His determination to keep interest rates high to stabilize the lira and quell inflation demonstrated a degree of independence in an institution that has never really shown itself to be a great example of one.

It was inevitable it would end in tears, given Erdogan’s desire to stimulate growth.

Even on issues that are seemingly clear-cut, there are always two sides, as Deliveli explains: “The sovereign wealth fund borrowed more to save the contractors of the Istanbul Finance Centre facing financial difficulties.

“You could view that as a problem by taking on their liabilities, or it could be viewed more positively. It saves the companies, and also alleviates the associated banking sector risks.”

On the economy, most experts agree the government is simply far too optimistic on its economic plans for the next few years, envisaging GDP growth accelerating to 5% per annum between 2020 and 2022.

The external picture is uncertain, and could prove quite troubling, but Deliveli points out that “Turkey is not so export-dependent, and is far more reliant on domestic demand”.

He adds: “There is not much room for any fiscal expansion, and nor much scope to lower interest rates, given the risk of inflation. This means Turkey can obtain growth of 2% to 3% at most.”

They state: “We believe the [government’s] projections for 2020 and beyond are quite optimistic, given the high levels of corporate sector indebtedness and ongoing deleveraging, as well as a challenging global backdrop with increasing uncertainty.”

Another risk expert, speaking confidentially, mentioned the growth projections are not in line with the current-account deficit targets showing an improvement compared with the previous programme.

“Since Turkey is import-dependent, not only in terms of consumption goods but also with regards to inputs for the production process, it is nearly impossible to experience a lower current-account deficit, while posting a higher growth rate,” he says.

Survey contributor M Nicolas Firzli regularly takes the pulse of investors as chair of the Singapore Economic Forum, director-general of the World Pensions Forum and advisory board member of the World Bank Global Infrastructure Facility, and he follows Turkey intently.

“The country’s finance minister [Berat Albayrak, Erdogan’s son-in-law] and the new central bank governor [Murat Uysal] are both relatively young and inexperienced appointees, who keep on promising investors a return to the glorious 2000s,” he says.

“This nostalgia says a lot about the state of mind of the Turkish government, and it says decidedly disturbing things to the intelligent investor.”

Firzli notes that by embarking on a systematic purge of the judiciary from 2016 to 2018, the government has undermined the rule of law and property rights.

This is by far the most important country risk metric in his opinion, weighing on the institutional risk factor in Euromoney’s survey – one of two political indicators (along with corruption) scoring less than half the total points available.

“Authorities then launched a war of conquest in northern Syria (2016-2019), allying themselves cynically with various Al-Qaeda and ISIS-affiliated militias,” Firzli adds.

“The strategy failed to topple the Syrian regime, but burdened the Turkish economy with millions of Syrian refugees, and Erdogan now seems on the verge of expanding militarily the existing enclaves he has conquered across northern Syria [the ‘safe zones’], further dragging Turkey into the Syrian quagmire.”

Which begs Firzli’s question: “Who wants to invest in a war zone, [not least] a declining economy [that] can ill afford to engage in open-ended military adventures?”

On the economy, Firzli – as with other survey contributors – remains cautious. He believes Erdogan is in a crisis of his own making with no easy macroeconomic or monetary fix in sight.

“I personally expect the situation to deteriorate in the fourth quarter and throughout the first semester of 2020, with major risks crystalizing for the highly vulnerable Turkish lira and the country’s banking sector,” he says.

Euromoney’s survey has been consistently negative on that theme, and if investors are to consider Turkey, they must be prepared for a high level of risk.

Keeping an eye on the lira will also continue to be a preoccupation.