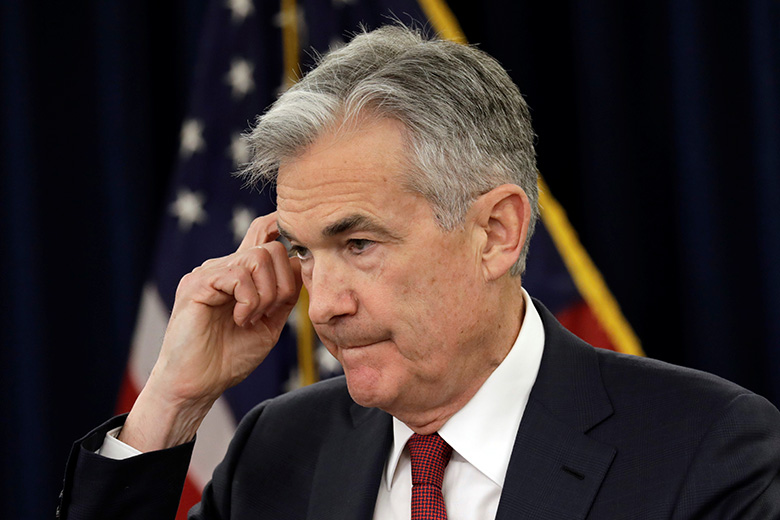 President Trump appointed Powell to run the Federal Reserve, so the central banker cannot complain that he didn’t know what he was getting into when he took the job. It is nevertheless unlikely that Powell appreciated the full horror of trying to conduct a measured return to a policy of higher interest rates against a backdrop of aggressive public opposition to any hikes by the president.

“It is incredible that with a very strong dollar and virtually no inflation, the outside world blowing up around us, Paris is burning and China way down, the Fed is even considering yet another interest rate hike. Take the Victory!” Trump tweeted on December 17, the day before the last Federal Reserve policy announcement of 2018.

Powell had already risked the perception that he caved in to presidential pressure when he described rates as “just below” neutral in late November, in what was widely interpreted as a dovish comment designed to reassure traders about the likely pace of hikes – and an attempt to dampen equity market volatility.

The shift came soon after an interview by Trump in which he said he was “not even a little bit happy” with Powell due to Federal Reserve signals about future hikes.

Powell and his regulatory colleagues may have convinced themselves that the “just below” neutral comment was a measured response to signs of slowing global growth, with a secondary benefit of reducing the likelihood that a pronounced slump in stock market values would affect economic confidence.

But Trump almost certainly interpreted the change in tone as vindication for his usual policy of relentless criticism of any and all opponents.

Powell has more private-sector experience than most central bankers, after a career split between Wall Street at firms including investment bank Dillon Read and private equity investor Carlyle, and regulatory positions in the administration of president George HW Bush.

So he is no cloistered academic who has been suddenly thrust into the hurly-burly of the point at which politics and finance intersect. Powell is also old enough to remember when presidents routinely tried to influence the decisions of Federal Reserve heads.

President Lyndon Johnson reportedly pushed Fed chairman William Martin against a wall during a dispute over rate hikes and when Richard Nixon succeeded Johnson he replaced Martin with Arthur Burns; and was later able to press his appointee to cut rates ahead of the 1972 election campaign.

Nixon’s influence on Burns was widely viewed as a contributory factor to the inflationary spiral seen later in the 1970s and a consensus developed for a few decades that US presidents should avoid open attempts to bully Federal Reserve heads.

That is one of the many points of consensus that is treated with disdain by Trump and now Powell finds himself in the unwelcome position of trying to conduct monetary policy in a highly-politicized environment.

Trump avoids physical and personal confrontation, preferring instead to channel his aggression through TV appearances or social media. That means that Powell is unlikely to be pushed against a wall in Trump’s Mar-a-Lago retreat, the modern equivalent of the Texas ranch where Johnson supposedly manhandled Martin.

But Powell can expect the cyber equivalent of a blow to the head when he is least expecting it, now that Trump scents that he can affect the decision-making process at the Federal Reserve with a well-timed tweet.

Perhaps Powell should consider reporting his assailant to a well-connected opponent of cyber-bullying, such as America’s first lady Melania Trump.