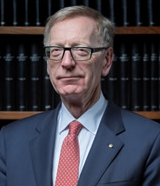 From the big banks’ point of view, the final report from the Australian Royal Commission into Misconduct in the Banking, Superannuation and Financial Services Industry is embarrassing and humbling but changes little.

Justice Kenneth Hayne handed over the report to Australia’s treasurer Josh Frydenberg in an arse-clenchingly uncomfortable photocall on Friday. It was formally released to the general public and to the banks who were in it, who were not granted a chance to see it before publication, on Monday February 4.

It contains 76 recommendations, all of which the government has promised to act upon (with just one, on remuneration in the mortgage broking industry, left open to revision) and a great deal of invective.

Frydenberg, seeing which way public opinion is blowing, has followed up with remonstration of his own.

“The price paid by our community has been immense and goes beyond just the financial,” Frydenberg said at the release. “Businesses have been broken, and the emotional stress and personal pain have broken lives.

“My message to the financial sector is that misconduct must end and the interests of consumers must now come first. From today, the sector must change – and change for ever.”

But what’s really changed? Not as much as you might think.

Mortgage broking will change, which should have happened years ago and which everyone saw coming; previous efforts to end conflicts in remuneration structures in financial advice have been strengthened, with an end to grandfathered structures; and there are tweaks to the superannuation sector.

What you don’t have, though, is the transformational biggie many expected: a ban on vertical integration in banking, which in practical terms would have required them all to sell their wealth management businesses.

I was not persuaded that NAB is willing to accept the necessary responsibility for deciding, for itself, what is the right thing to do, and then having its staff act accordingly

In practice, all the big names bar Westpac are already doing so, but it now turns out nobody’s going to require them to do it. That will be a considerable relief to AMP and Westpac in particular.

Among the regulators, although the Australian Securities and Investment Commission has caught a great deal of flak for its cozy relationship with banks and an apparent reticence to take them to court, Asic itself will not be changed; in fact, it’s got bigger, with superannuation now falling under its purview.

Instead APRA, the Australian Prudential Regulatory Authority, is the one more substantively dressed down, and will now face a capability review every four years.

What we do have, though, is the threat of legal action, with 24 instances of wrongdoing passed to the regulators to decide whether or not to prosecute (and the prevailing winds suggest very much they will).

At least three companies, un-named, could in theory face criminal penalties of up to 10 years’ jail or hundreds of millions of dollars in fines, due to the fee-for-no-service scandal. This scandal should see at least A$850 million being repaid to clients in compensation; Hayne’s contention is that it is so serious it should fall under section 1041G of the Corporations Act, which brings it into the realm of criminal penalty.

Additionally, there is some quite specific criticism of individual banks, and here, National Australia Bank comes out worst.

Hayne said NAB “stood apart” from the other three banks.

“Having heard from both the CEO, Mr [Andrew] Thorburn, and the chair, Dr [Ken] Henry, I am not as confident as I would wish to be that the lessons of the past have been learned,” Hayne said. “Most particularly, I was not persuaded that NAB is willing to accept the necessary responsibility for deciding, for itself, what is the right thing to do, and then having its staff act accordingly.”

The four bank chief executives all came across quite differently in their evidence to the commission.

While Commonwealth Bank of Australia’s Matt Comyn had the advantage of being able to throw a previous superior under the bus and present himself as an agent for change within the bank, ANZ’s Shayne Elliott has consistently adopted a position of taking what blame comes his bank’s way without bickering.

Westpac’s Brian Hartzer came out of the whole thing relatively unscathed, but NAB – and Henry in particular – seemed argumentative throughout. Hayne clearly was not impressed.

Henry, he said, “seemed unwilling to accept any criticism of how the board had dealt with some issues.”

Thorburn doesn’t come out much better.

“I thought it telling that Mr Thorburn treated all issues of fees for no service as nothing more than carelessness combined with system deficiencies,” despite the fact that NAB and related entities are likely to have to repay more than A$100 million on this point.

Hayne also pointed out his concern that in the very week Thorburn and Henry were to give evidence, one of NAB’s staff was emailing bankers urging them to sell at least five mortgages each before Christmas.

“Overall, my fear – that there may be a wide gap between the public face NAB seeks to show and what it does in practice – remains,” said Hayne.

NAB has said it will review the full report before commenting; Thorburn is off on a leave of absence, which had already been announced.

A strange twist came when the Australian press sought comment from ANZ’s Elliott, eventually finding him selling the Big Issue outside the bank’s Melbourne headquarters in a bright yellow vest.

He and his staff insisted that this was not a PR initiative timed to coincide with the commission’s report; in fact, it had been in the diary for six months. He wouldn’t say anything on the report (which he presumably hadn’t seen). He did sell 60 copies of the Big Issue, though.