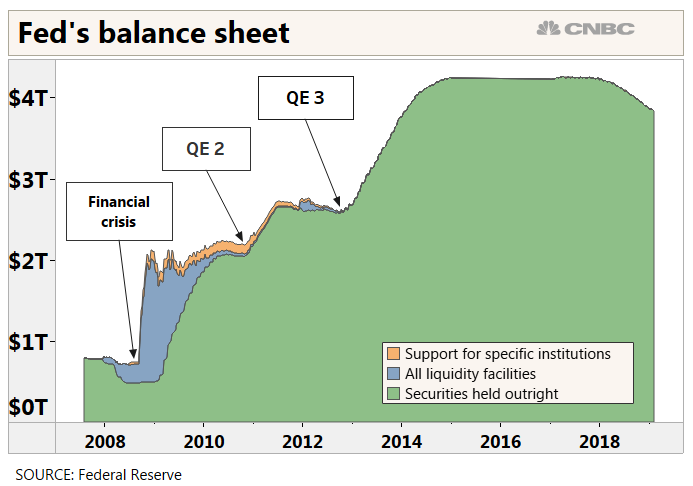 Commenting after a strong jobs report for March, Trump said the Fed “really slowed us down” in terms of economic growth, and that “there’s no inflation.”

“I think they should drop rates and get rid of quantitative tightening,” Trump told reporters, referring to the Fed’s policy of selling securities to unwind its balance sheet, a stimulus put in place during the financial crisis. “You would see a rocket ship. Despite that we’re doing very well.”

White House aides have called for the Fed to cut interests rates by as much as 50 basis points.

Following the Fed’s most recent meeting in March, the central bank decided to maintain interest rates and hold off on any further increases this year. As Trump’s chief economic adviser Larry Kudlow did on Friday, Federal Reserve Chairman Jerome Powell highlighted the slowing global economy.

“We’re facing a worldwide slowdown [as] Europe is not doing well,” Kudlow said on Bloomberg TV.

But unlike the White House, the Fed did not conclude in March that slowing global growth means the bank should begin cutting rates. Trump has been heavily critical of Powell’s decisions at the Fed, going as far as to say that “the Fed has gone crazy” with raising rates. Trump has blamed Powell’s decision-making for drops in the stock market, calling him “loco” for steadily raising rates in 2018 and saying choosing Powell for Fed chairman was the worst mistake of his presidency,

But the White House declared repeatedly that Trump does not plan to remove Powell as Fed chairman.