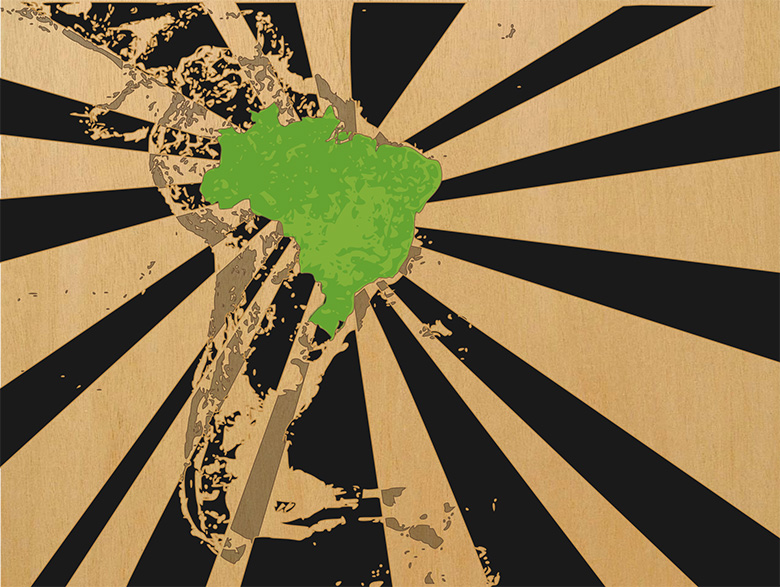 Private equity (PE) deals have recovered sharply in 2019 in Latin America, according to data from the Emerging Markets Private Equity Association (EMPEA).

In the first half of 2019, international PE flows to the region reached $4.4 billion – a record for Latin America deal activity. Brazil led the resurgence, and accounted for 70% of all capital invested in Latin America. PE professionals and bankers point to the progress in Brazil’s pensions reform and the (linked) lower interest rate and inflation environment as the key drivers for deals.

However, the headline figures are misleading, according to some industry participants.

Alastair Stewart, head of Madeleine Research, a firm that conducts M&A due diligence research on behalf of international investors, cautions that the strong deal volume seen in the first half of the year represents the movement of many long-scheduled transactions.

“There is much more activity at the end of the M&A pipeline than further up,” says Stewart. “We still aren’t yet seeing international investors looking at new opportunities in Brazil with any great appetite. I suspect that now these deals – many of which have been waiting for some semblance of financial stability to close – have been done, then this flurry of activity will die down again.”

The data backs up Stewart’s commentary. While Latin America has seen a boom in PE capital deployed, the level of fresh capital raising has been lacklustre.

Just $1.1 billion was raised in the first half of 2019 compared to $9.1 billion in 2018 (and this year’s performance has been dominated by the performance of just three funds: CMB Prime’s regional infrastructure fund took in $400 million for Chile; Vinci Partner’s third mid-market fund raised $214 million in Brazil; and IG4 Capital closed a $200 million regional fund).

However, Oscar Decotelli, CEO and co-head of private equity at DXA Investments – a fund based in Rio de Janeiro – says the country’s macroeconomic improvement should sustain a long-term improvement in PE activity in the country (Brazil will return to positive GDP growth in 2019, albeit at around 0.8%, and a better if not spectacular rate of 2.1% is predicted by the economists polled for the Central Bank’s monthly market survey).

“The stabilization of the fiscal situation should lead to a positive, structural shift in the economy and we think that the ground is being laid for stronger growth that should continue for a decade or more,” he says.

However, Decotelli may be jumping the gun. Although the macroeconomic outlook is improving with the progress of the pensions reform, according to Goldman Sachs’ Latin America economist Alberto Ramos, it is too early to declare victory, “the public debt dynamics are yet to stabilize”.

“Given the slow progress on fiscal consolidation (primary deficit still above 1% of GDP) we expect the public debt picture to continue to deteriorate and for the gross level to exceed a disquieting 80% of GDP before stabilizing. The high level of public debt leaves the fiscal picture, and the economy at large, vulnerable to adverse domestic and external shocks.”

There is so much opportunity to transform Brazilian business with technology, but it’s probably true to say that the companies that will benefit from this wave will have largely emerged by 2025

Decotelli says that the perception of Brazil among foreign investors has been hampered by the headlines generated in the international press – not least recently with the focus on president Bolsonaro’s handling of the fires in the Amazon forest.

“A big part of my job is trying redress this negative perception and explaining to international investors that the opportunity to invest in Brazil at the start of a story of growth that is going to last a long time,” he says.

However, while Decotelli predicts a long period of growth he concedes that the next five years will be critical for PE to identify tech-driven opportunities.

“There is so much opportunity to transform Brazilian business – in all types of sectors – with technology, but it’s probably true to say that the companies that will benefit from this wave will have largely emerged by 2025,” he says. “The opportunities to get exposure to these companies is right now.”

DXA Investments primarily invests in smaller deals – under $10 million – although it has invested up to $30 million in Modern Logistics, a rapidly growing freight company that has been identifying spare cargo capacity on intra-Brazil flights to create additional revenues for users of its platform.

DXA’s strategy is a popular one: deals at the lower end of the valuation range have been driving the PE recovery. EMPEA says that 75% of deals are worth less than $24 million and 58% are under $10 million.

Deals in the technology sector are also the most popular – with 18 of the 65 Brazilian PE deals in the first half of this year from this category. However, this probably understates the driver of tech within PE as bankers are quick to point out that even deals from other sectors need to have a strong tech element within their story to attract the interest of potential buyers.

While Brazil has dominated the region’s PE industry this year there are other interesting themes thrown up by the data. In Mexico, much of the capital raised has been focused outside the country – a strong sign that local investors are sceptical of their government’s ability to return the country to a path of strong growth.

In the past 18 months, fund managers in Mexico have raised $900 million for Mexico-listed vehicles and $4.4 billion for vehicles that invest primarily outside the country.

Some of this growth is also regulatory-driven: in 2018 authorities changed the rules governing CERPIs to facilitate cross-border investments and the Mexican pension funds, the afores, have responded by diversifying PE allocations on a regional basis.