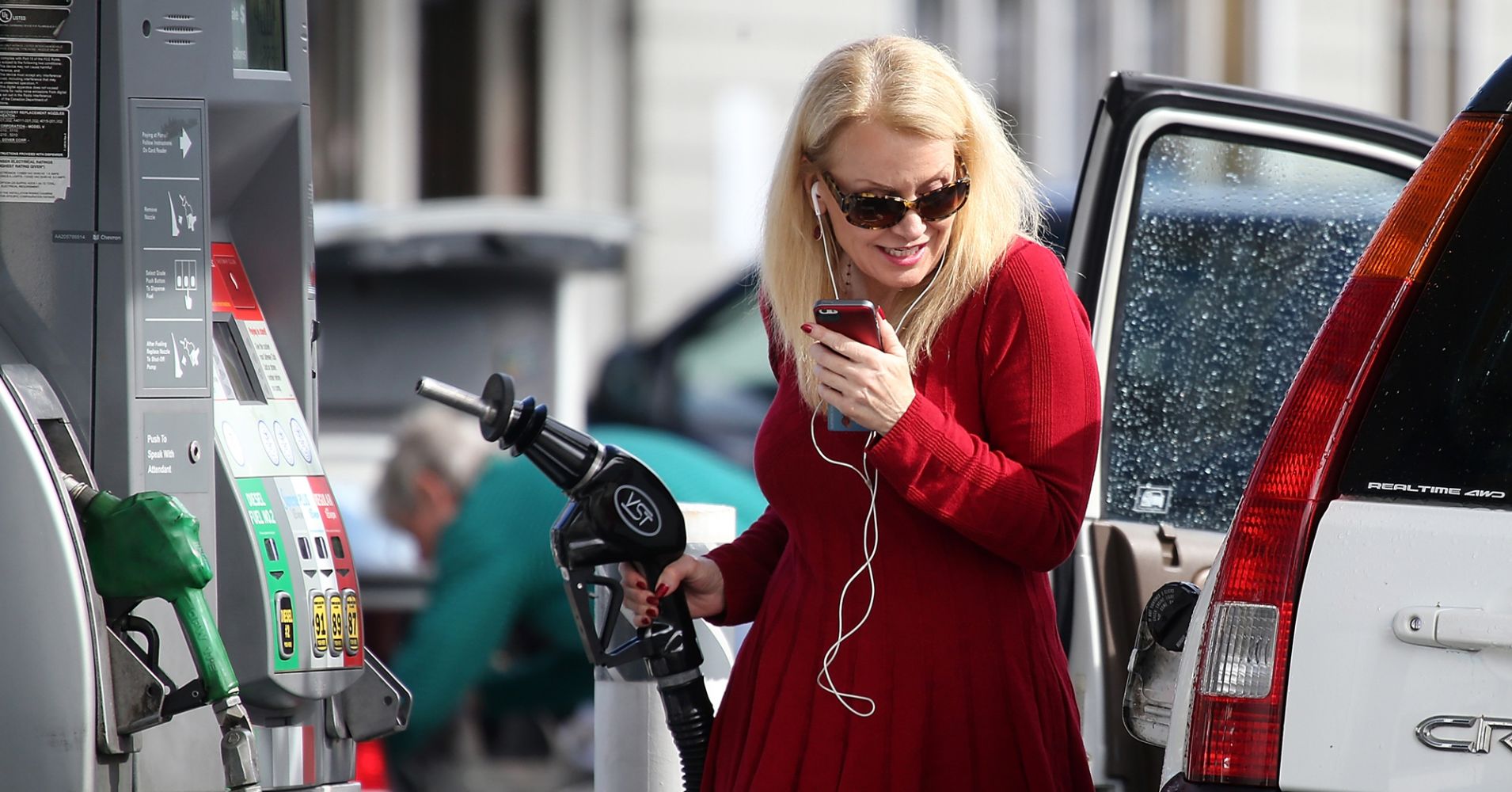 California stations are selling $4 a gallon gasoline, but for drivers in most other states, unleaded gas this summer may not even reach $3 a gallon or stay there for long if it does.

Rising gasoline prices were a big reason why March consumer prices jumped the most in more than a year. Gasoline prices at the pump were at a national average of $2.78 per gallon Thursday, up two cents from Wednesday and 20 cents in the past month, according to AAA. California prices jumped four cents per gallon overnight and were at an average $3.91, up 60 cents in the past month. In San Francisco and some counties, prices are above $4 a gallon.

At the same time, RBOB gasoline futures for May were down about a half percent after a near 2 percent jump Wednesday, after a massive 7.7 million barrel drop in stockpiles last week. The same factor driving down those stockpiles is driving pump prices higher — a confluence of refinery maintenance and outages hitting supply. Prices in California and other Western states are also impacted by a jump in ethanol prices, following flooding in the Midwest.

Andrew Lipow, president of Lipow Oil Associates, said he expects gasoline to top out at about $2.85 per gallon. But if there is volatility in oil or hurricanes in the Gulf later in the season, all bets are off and gasoline prices could move up sharply.

“I think we peak in the next 30 days,” said Tom Kloza, global head of energy analysis at Oil Price Information Service. “We peaked at $2.98 last year, and the peak was in June. This is a similar move. … I think crude oil prices are going to move higher, but I don’t think they’re going to run away. Prices are going higher, but its outweighed by shale oil that’s coming to the market at the end of the year.”

He said the national average could peak at a few cents more. For California and the west coast states, he expects an average near $4. The national average for unleaded gasoline topped out at $2.98 per gallon last year, during June.

Kloza said a barrel of refined gasoline in California is commanding a price $40 higher than the actual cost of a barrel of oil, more than double the normal spread. Unlike the Gulf Coast, California has not increased refining capacity.

“There’s at least a half-dozen refinery issues on the West Coast,” he said. At this time of year, when refiners are coming out of seasonal maintenance and summer driving season is starting, prices can be volatile.

Kloza said California refineries are running about 300,000 barrels a day below last year’s level, and on the Gulf Coast, refiners should be adding about a million barrels a day over the next several weeks.

Kloza said he expects U.S. refiners’ output to set a record, above last summer’s high of 18.2 million barrels a day, reached in August.

Patrick DeHaan, Gasbuddy.com senior petroleum analyst, said the biggest impact on West Coast prices has been the refining outages. “Refining is probably two-thirds and ethanol one-third,” he said. Ethanol headed for the West Coast market has been trapped in the Midwest.

“There’s been a front-loading of a lot of maintenance this year, compounded by the fact there were a lot of fires and other factors. It’s certainly a perfect storm in California,” he said. DeHaan said the refineries are doing extra maintenance ahead of a change in marine fuel regulations, requiring ships to use lower sulfur fuel by January. That is expected to pressure diesel prices at the end of the year.

But as for gasoline, the industry is tightly supplied for now. “We think $3 a gallon is a possibility. I think we’re one major unexpected refinery kink away from getting there,” he said. “Oil prices are at a five-month high. The Libya situation is not helping. We think there’s another 10 cents to as much as a 30 cent rally coming to the national gasoline average before peaking in May. We’ll probably see some relief in the month of June, but a not a whole lot between now and then. It will definitely get worse before it gets better.”

John Kilduff of Again Capital said the potential for a price spike may be greater than many expect. “It has all the looks of a preseason squeeze. Over the past several years, this has been the pattern, where we have a surge before the season and then prices fall for the rest of the summer. But the market is always in a rush to price in supply angst,” he said. “I think the national average will briefly top out over $3.”