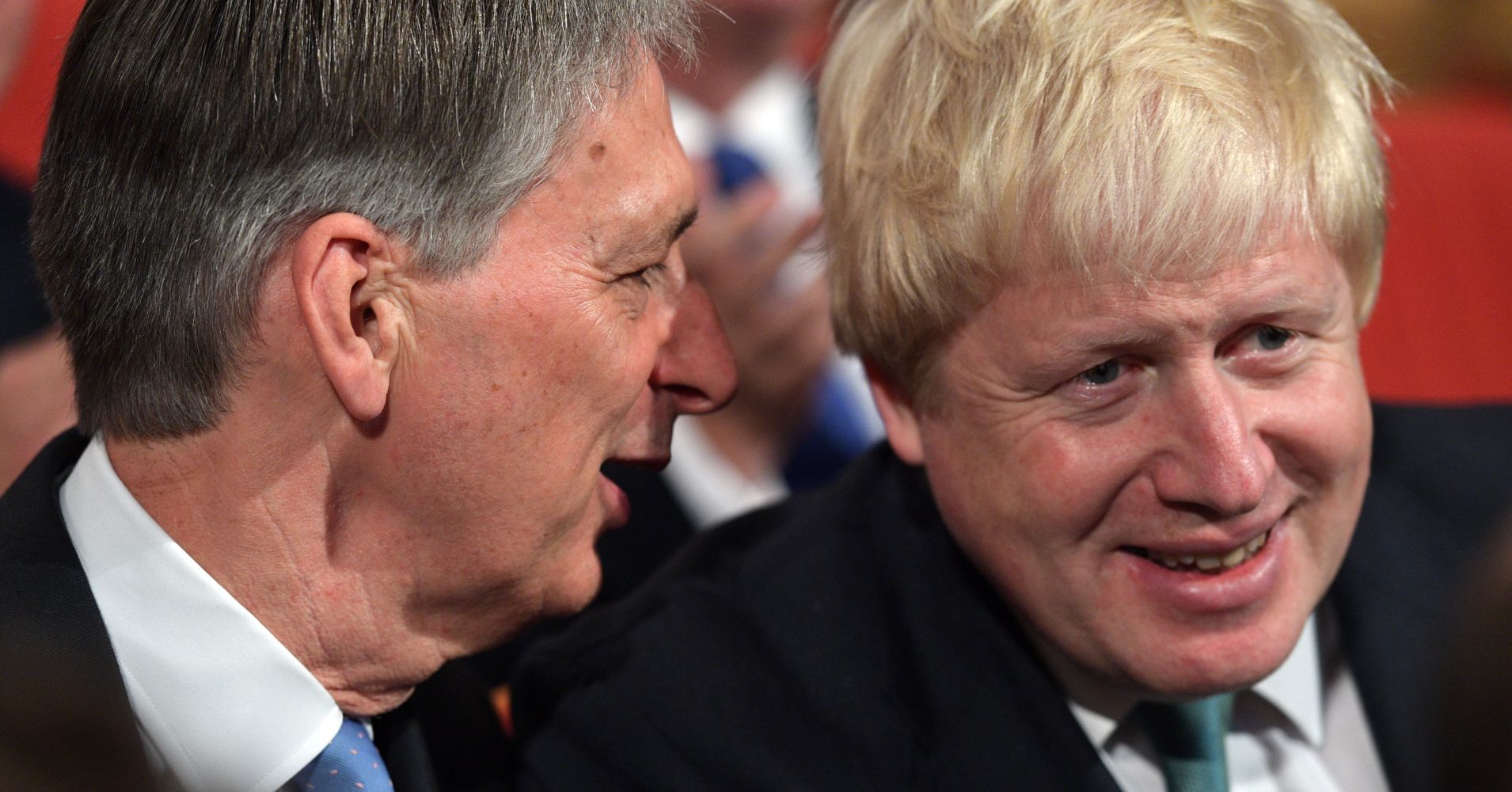 The idea of a second Brexit referendum is very likely to be put before Britain’s parliament again although the government remains opposed to any new plebiscite, the British finance minister said on Friday.

Philip Hammond said he hoped parliament would break the Brexit impasse by passing a deal by the end of June, potentially ending the calls for a new referendum, and there was a “good chance” of a breakthrough in talks with the opposition Labour Party.

“I remain optimistic that over the next couple of months we will get a deal done,” he told reporters in Washington where he is attending meetings at the International Monetary Fund.

But a second referendum could not be ruled out.

“It’s a proposition that could and, on all the evidence, is very likely to be put to parliament at some stage,” Hammond said.

Prime Minister Theresa May has so far failed to get her own Conservative Party behind the Brexit divorce deal she agreed with other European Union leaders last year, forcing her to ask the bloc for a delay and to start talks with Labour about how to break the impasse in parliament.

Many Labour lawmakers are pressing their leader Jeremy Corbyn to demand a new referendum in talks with the government.

Hammond said that while the government was opposed to a new public vote, other Labour demands – such as a customs union with the EU – were up for debate.

Hammond said about six months would be needed to hold a referendum, so if parliament voted in a couple of months’ time to make one a condition of approving a Brexit deal, there would be no time before Britain is due to leave the EU on Oct. 31.

One of May’s most pro-EU ministers, Hammond has faced criticism from Brexit supporters for saying Britain should stay close to the bloc. He angered them again recently by describing another Brexit referendum as a “perfectly credible proposition”.

“(A second referendum) in the end is an issue about parliament and parliamentary numbers, and where the Labour Party ends up on this, as the Labour Party itself is deeply divided on this issue and at some point will have to decide on where it stands,” Hammond said.

Parliament has previously rejected the idea of a new referendum and other possible solutions the Brexit impasse.

Hammond said the risk of a no-deal Brexit had been reduced but not averted by this week’s delay of Britain’s exit and such an outcome would be felt in the global economy.

Ending the uncertainty would “unleash the very large stock of potential investment that is hanging over the UK economy in suspended animation,” he said.

Bank of England Governor Mark Carney said on Thursday that Brexit had pushed business uncertainty “through the roof.”

Carney is due to step down at the end of January, having delayed his departure twice to help Brexit preparations.

Hammond said Brexit could put off some qualified candidates in the search for the next BoE governor which was now underway.

“There may be some candidates who might be deterred from an application because of the political debate around Brexit, which inevitably the governor of the Bank of England can’t avoid being part of,” he said.

Supporters of Brexit have often accused Carney of giving over-gloomy assessments of the costs of leaving the EU.

Hammond also said the Brexit delay was hampering government efforts to improve economic productivity and could throw off course a planned multi-year budget for government departments due late this year.