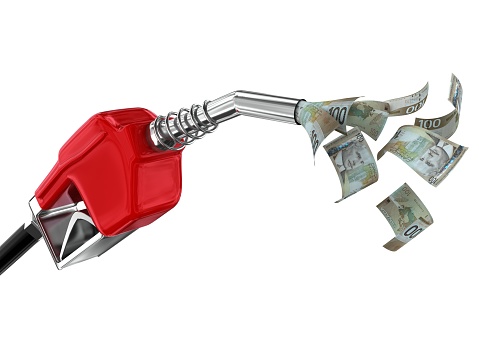 Canadian Dollar open the week generally higher, as helped by strong rally in oil price, on supply concern. Though, the Loonie is generally bounded in range only. BoC rate decision and statement this week will be crucial to the next move. For now, risks are mildly on the upside for USD/CAD, and any dovish twist of BoC would likely trigger an upside breakout. Meanwhile, Sterling and Yen are so far the stronger ones in quiet holiday trading. Australian and New Zealand Dollar are the weakest ones.

EUR/USD drops sharply after. EUR/USD also dropped sharply late last week but recovered well ahead of 1.1176 low. It remains to be seen if selloff in EUR/USD would drag down EUR/JPY but keep USD/JPY steady. Or it is going to happen some other ways.

Oil price jumps sharply today on news that US is preparing to stop all Iranian oil sanction waivers. The announce could be made as soon as on Monday. Currently, China, Greece, India, Italy, Japan, South Korea, Taiwan and Turkey are buying Iranian oil without facing US sanctions. But such waivers would expire on May 2 and US will not be renewing it them.

WTI crude oil surges to as high 65.92 so far today. Based on current momentum. WTI could now be heading towards 77.06 high in medium term.

The week ahead: BoC, BoJ and US GDP as the major focuses

Two central banks will meet this week, BoJ and BoC. ECB will also release its monthly bulletin. BoJ is widely expected to keep monetary policy unchanged. That is, short term policy rate will be kept at -0.1%. The central bank will also continue to purchase JGB to expand monetary base at around JPY 80T annually, to keep 10-year JGB yield at around 0%. Main focus will be on BoJ’s new economic projections. There is little doubt that inflation will be forecast to stay below 2% target throughout forecast horizon. And there are prospects of downgrade in both inflation and growth forecasts.

BoC is also expected to keep interest rate unchanged at 1.75%. At the March BOC meeting, Governor Stephen Poloz surprised the market by removing tightening bias in the statement and turned neutral. Moreover, the central bank acknowledged the “more pronounced and widespread” global economic slowdown. It also noted that “trade tensions and uncertainty are weighing heavily on confidence and economic activity” and “global economic prospects would be buoyed by the resolution of trade conflicts”. At a speech two weeks ago Poloz reaffirmed that he has abandoned the bias for a rate hike. He reinforced that future rate decision would be “very data dependent” as “that number is going to change every time something hits the economy, whether it’s a positive thing or a negative thing”. We believe he would reiterate such stance at the upcoming meeting.

In addition to central bank meetings, some economic data will be closely watched. So far, data from the US have been very resilient. Q1 GDP from US should finally show how well the economy performed, in particular in response to the prospect of a trade deal with China. Durable goods orders will also be watched. From Eurozone, German ifo business climate could continue to show weak sentiments even though there might be some improvement. Australian CPI and a batch of Japanese data will also be watched.