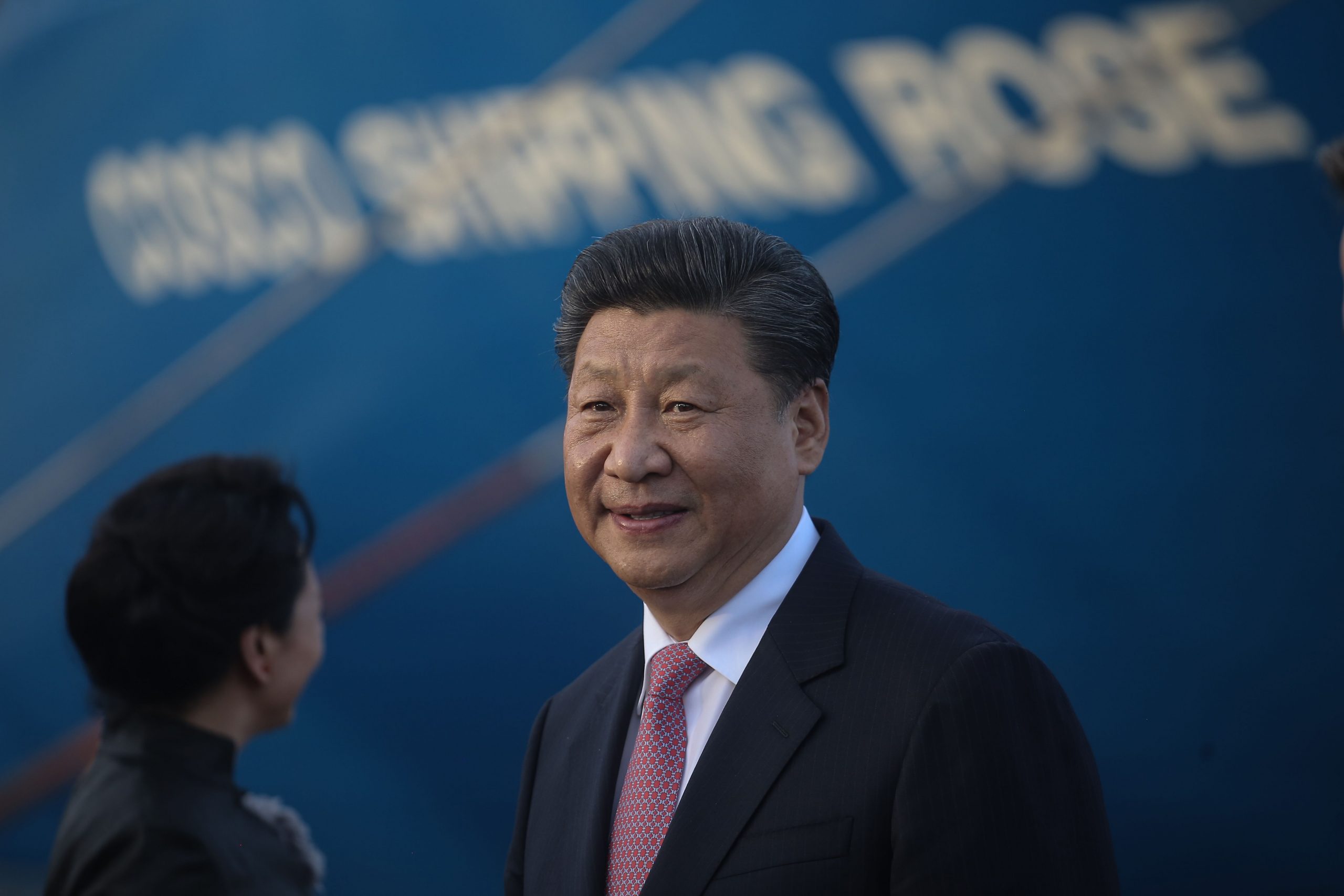 China’s President Xi Jinping stands at the Cocoli locks in the Panama Canal. China’s head of state and party Xi Jinping was the first president of the People’s Republic of Panama to visit.

BEIJING — Chinese President Xi Jinping concluded the second forum for his flagship Belt and Road Initiative on Saturday by highlighting its benefits to the global community.

“All interested countries are welcome to join us,” Xi said in an official English translation of his Mandarin Chinese remarks.

“While the Belt and Road Initiative was launched by China, its opportunities and outcomes are shared by the world, ” he said, addressing reporters at the end of the forum.

Launched in 2013, the Belt and Road Initiative is widely seen as China’s effort to increase its global influence, primarily through the financing and construction of rail, sea and other transportation routes running from Asia to Europe and Africa.

Critics say that through the massive infrastructure project, China forces developing nations to take on high debt burdens while benefiting Chinese companies which are often state-owned.

Xi said Saturday that participants in the Belt and Road agreed to pursue high quality development. In addition to more traditional areas of economic connection, he said the program would encourage the development of digital infrastructure.

The Chinese leader noted that companies participating in a corporate event held as part of the forum reached more than $64 billion in agreements. He added that ahead of the forum, and even during the course of it, the countries reached “283 deliverables” including inter-governmental cooperation agreements and “practical cooperation projects.”

“As the host of the forum China will release a deliverables list,” Xi said, without elaborating, in remarks that lasted for less than 15 minutes.

Liu He, Xi’s top economic advisor who is leading the trade talks with the U.S., and Vice President Wang Qishan, were among high-level Chinese leaders attending the press conference.

The U.S. and India were among the countries that didn’t send official representatives to this year’s forum, while Russian President Vladimir Putin attended.

At the opening of this year’s forum on Friday, Xi spent much of his welcome address focusing on China’s domestic plans for economic reform. He specifically mentioned goals of enforcing intellectual property rights, stopping arbitrary technology transfer and implementing “opening up” policies — all points of contention in the ongoing dispute with the U.S., China’s largest trade partner.

Xi also mentioned the need to pursue high standards in cooperation and noted the “Debt Sustainability Framework” for countries participating in the Belt and Road Initiative, which the Ministry of Finance published earlier in the week.