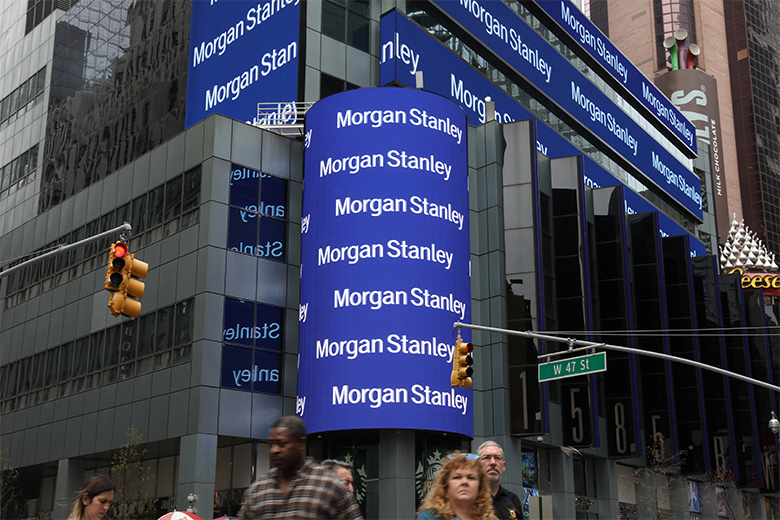 In April, Morgan Stanley chief executive James Gorman announced that Shelley O’Connor, who has co-headed the wealth management business since 2016, is taking over the private bank and the institutional banking unit, leaving Andy Saperstein to run wealth management solo.

In some ways, it looks like a move to replace Colm Kelleher, who currently runs the institutional banking business and who retires in June. But there is a sense that by putting O’Connor in to oversee the two banking parts of the business (with Eric Heaton becoming president of the two), Gorman is setting his sights on building out Morgan Stanley as a full-blown bank – selling mortgages and deposit accounts and credit. Indeed, in his memo to the firm, Gorman referred to the “criticality of the banks to the future growth of our business”.

Morgan Stanley Private Bank was created after the financial crisis to increase deposits and lend more to customers. O’Connor helped create the banking business and ran the private bank: she’s the right person to oversee their expansion.

It’s not necessarily new news – Gorman has expressed for many years that Morgan Stanley has had its eye on the steadier, lucrative plain-vanilla banking business. The more products and services a client uses with an advisor, the more money they earn an institution and the more loyal they become.

And Morgan Stanley is managing $2.4 trillion in wealth management assets right now. It also doesn’t need to build retail bank branches like its traditional US banking competitors, thanks to advancements and uptake in digital banking. The timing could just be perfect for Gorman.

There’s a long way to go, however. Morgan Stanley’s loan book is tiny, and while deposits were up 12% on last year in its first quarter earnings – to almost $180 billion – that’s still very small in US banking terms.

But the potential is phenomenal. The bank’s wealth management clients collectively must hold hundreds of billions of dollars in deposits with other institutions. If they can get their banking needs met by Morgan Stanley, well, it’s obvious why the banking businesses are seen as critical.

By contrast, net income for the investment banking and sales and trading business was down 24% year-on-year in Q1. Gorman has always been clear that the institutional securities business isn’t going to go away for Morgan Stanley, but its prominence in earnings is certainly set to diminish further.