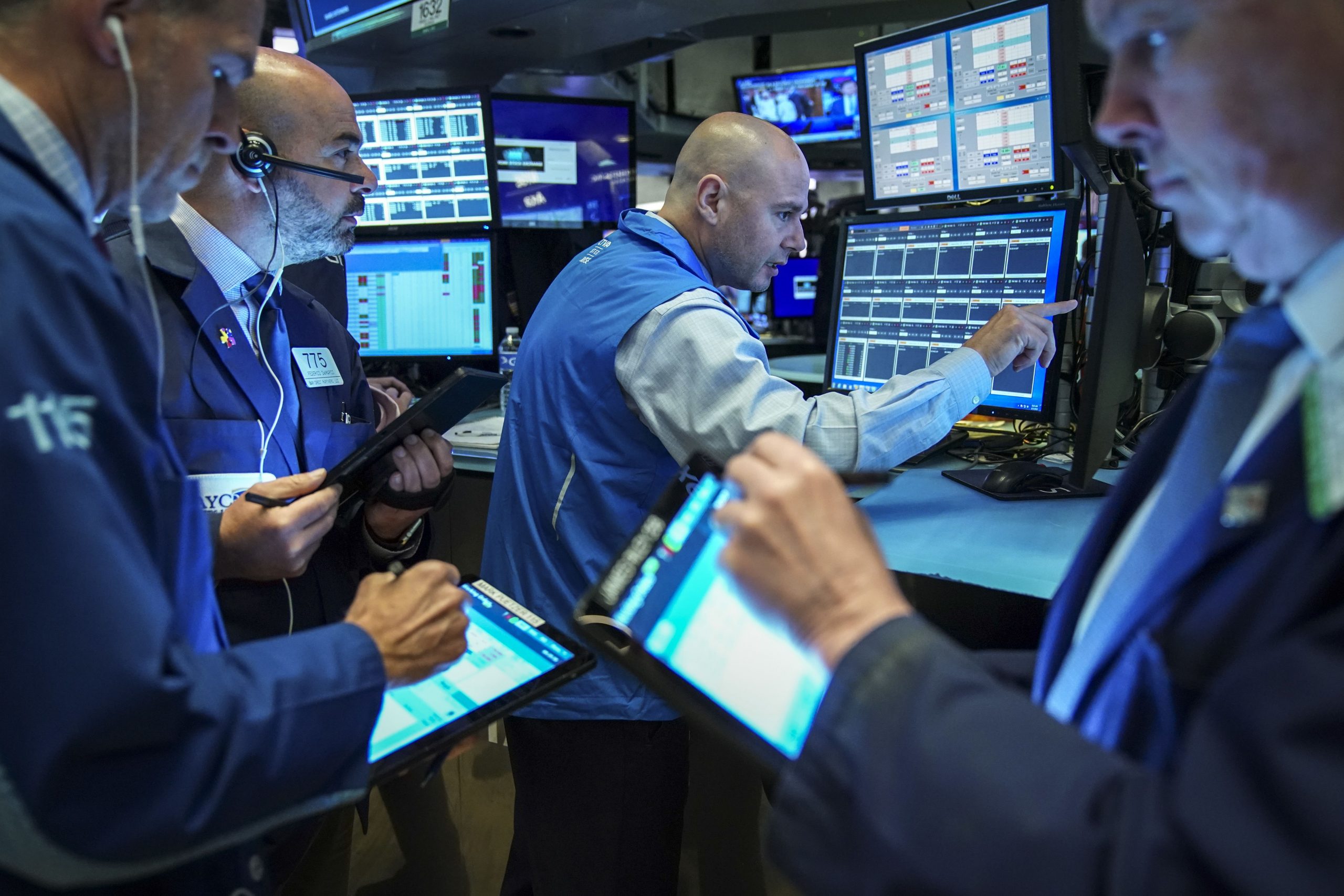 Traders and financial professionals work at the opening bell on the floor of the New York Stock Exchange (NYSE).

Korn Ferry — Shares of Korn Ferry sank more than 17% on disappointing fourth-quarter results. The consulting firm reported a revenue of $491 million, below the $500 million Wall Street had expected, according to Refinitiv. The company also dialed back its first-quarter guidance. Its earnings slightly beat estimates.

Beyond Meat — Shares of Beyond Meat tumbled more than 8%. Tyson Foods is reportedly ramping up its marketing spending to make a push into the alternative meat market. Also Shake Shack CEO told CNBC Friday that the fast food chain has no intention of adding Beyond Meat to menu right now. Beyond Meat’s stock has had a wild run, surging about 500% from its $25 IPO price to about $152 on Friday. The stock touched $200 a share on Tuesday, hitting a market cap of nearly $10 billion.

UnitedHealth Group — Shares of UnitedHealth Group rose more than 1.8% following a report by the Wall Street Journal that the health insurer has agreed to acquire health-payments firm Equian for about $3.2 billion. Equian is currently owned by private-equity firm New Mountain Capital.

Delta Air Lines — Delta Air Lines’ stock rose slightly after the airline company bought a 4.3% stake in Hanjin Kal, the parent company of Korean Air. Delta said it plans to increase the stake to 10%. The move is an expansion of Delta’s business in Asia after its joint venture with Korean Air which started last year.

Micron Technology — Shares of Micron fell 2.6% after J.P. Morgan cut its year-end price target for the chipmaker to $50 from $64. The bank expects the U.S. restrictions on Chinese telecom giant Huawei would have a negative impact on Micron because Huawei is a major customer, accounting for 13% of its sales in the first half of 2019.

Chevron — Shares of Chevron rose 0.57% after Chevron Phillips Chemical, a joint venture of Chevron and Phillips 66, made a $15 billion acquisition offer for Nova Chemicals, which is currently owned by Abu dhabi’s sovereign wealth fund Mubadala Investment. The acquisition would give Chevron Phillips Chemical the opportunity to expand as Nova Chemicals’s expandable polystyrene and resins are used in various industries from construction to packaging.