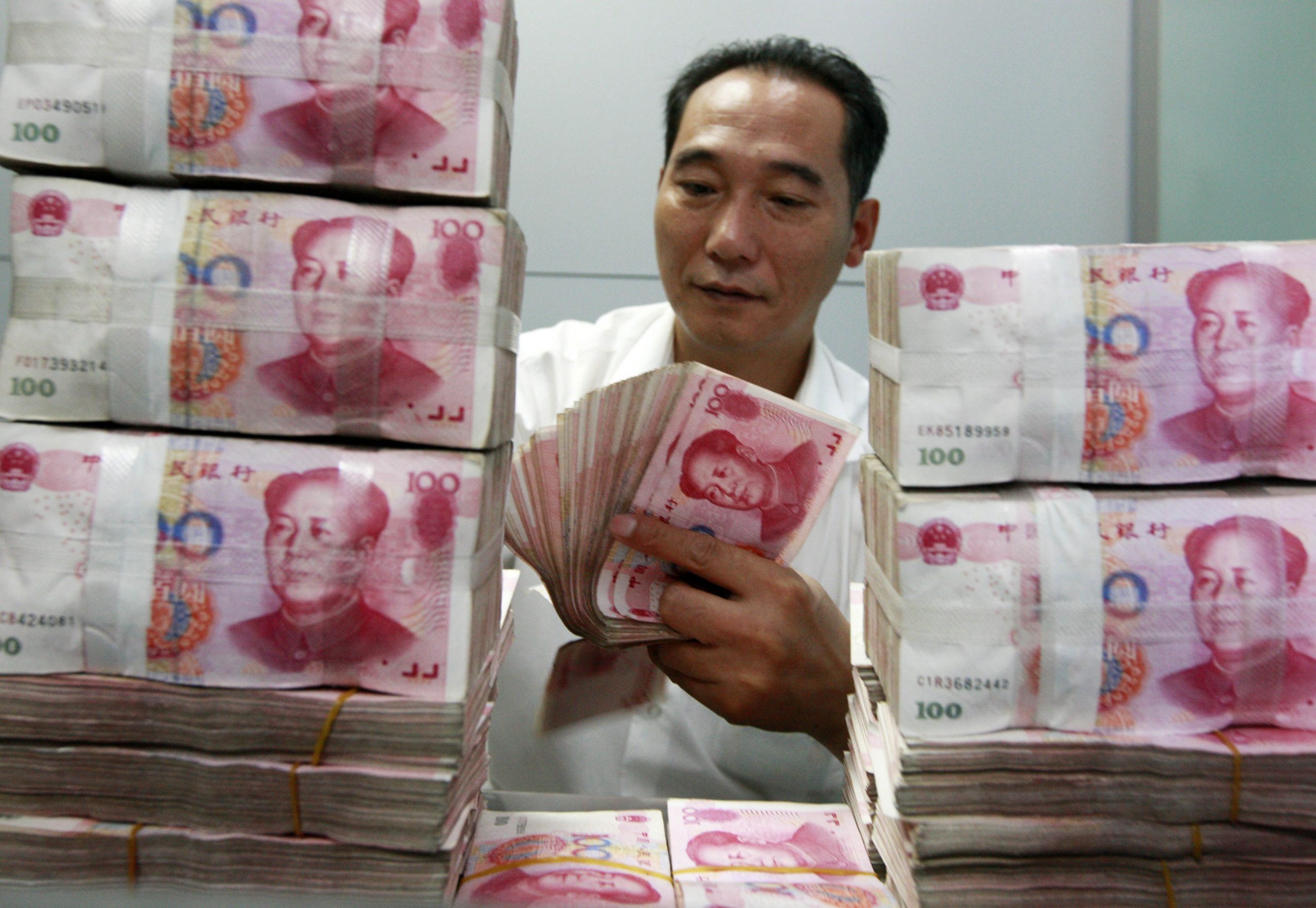 A Chinese bank staff member counting stacks of 100-yuan notes at a bank in Huaibei, China.

Following Monday’s market meltdown traders will take their cues from the Chinese central bank and where it sets the midpoint for the country’s currency, the yuan, as trade tensions between China and the U.S. increase.

Every night at 9 p.m. ET, the People’s Bank of China fixes a level at which the yuan will trade against the dollar within China. The central bank last night set it at a stronger-than-expected level versus the greenback, helping U.S. stocks rebound on Tuesday from their worst day of the year.

On Sunday night in New York, however, the PBOC let the onshore yuan weaken to its lowest level against the greenback in more than 10 years, sparking fears of China weaponizing its currency in its trade war with the U.S. Those fears sent stocks tumbling across the board and moved the yuan to the top of a long list of variables investors are watching during the U.S.-China trade war.

“The new thing people will look at every night is see what the fixing of the yuan is at 9 p.m. ET,” said Keith Lerner, chief market strategist at SunTrust Private Wealth. “That’s going to drive sentiment from day to day along with headlines coming out of China. People are going to, no pun intended, be fixating on that combination every day.”

China set the yuan’s midpoint at 6.9683 per U.S. dollar on Monday night, stronger than a Reuters estimate of 6.9736. This led to a massive turnaround in U.S. stocks as it temporarily quelled fears of China weakening its currency to stave off the impact of U.S. tariffs on its economy.

Those gains trimmed some of the sharp losses from Monday’s session. The Dow and S&P 500 plunged 2.9% and 2.98%, respectively on Monday while the Nasdaq plummeted 3.5%.

The sell-off was sparked after China allowed its currency to weaken to above 7 per U.S. dollar, stoking fears that Chinese authorities were weakening the yuan as a counter measure to additional tariffs from the U.S.

President Donald Trump announced Thursday a 10% charge would be imposed on $300 billion worth of Chinese imports. That tranche of goods is made up primarily of consumer goods such as apparel and Apple products, including iPhones and computers.

People’s Bank of China Governor Yi Gang insisted, however, that China did “not engage in competitive devaluation. ” Nonetheless, the U.S. Treasury Department designated China as a currency manipulator after allowing the yuan to break the key 7 per-U.S.-dollar level.