Compared to last week’s somewhat muted action, analysts suggest that this week could have unexpected turns and traders could move in. In the previous days, the US accused China as a currency manipulator. The US accusations followed after the currency market saw the yuan below seven to the dollar. Reports imply that this may have been set to make Chinese imports cheaper. However, China refuses that it manipulated its currency for competitive gains. According to a report by IMF officials, there is no evidence that support these accusations. Yet, the accusations are now forcing policymakers in Switzerland and Japan to reconsider their strategy as their currencies could be affected significantly. Tariffs threats are now having their effect on currencies all over the world and central banks could take actions to minimise the effect. On another front, Goldman Sachs decreased its fourth-quarter growth estimate to 1.8%, due to further worries on trade issues. According to GS analysts, weakening financial conditions, uncertainty, soft business sentiment and supply chain distribution could lead to lower growth. Furthermore, GS expects the upcoming tariffs to be enacted in September and does not expect a trade deal prior to the 2020 US presidential elections.

US expected to push Britain to harden against Iran and China

As the UK is preparing to leave the EU, many believe it will now strengthen its relations with the US. John Bolton National Security Advisor of the United States will be in the UK in an attempt to reaffirm the relations of the two countries. Some of the matters that may be discussed could be Brexit, Iran and Chinas Huawei. Brexit could be a major subject as the US may be ready to form a specific agreement on trade relations with the UK after is leaves the EU. Even though the UK has not been very aggressive against Iran previously, the seizure of a British oil tanker in the Strait of Hormuz could force London to consider a tougher stance. Finally yet importantly, Huawei represents a national security risk according to the US and may try to use the UK to add further pressure on the Chinese. Cable has been trading at multiyear lows in the recent sessions. Any updates on the above matter could create volatility for the pair. 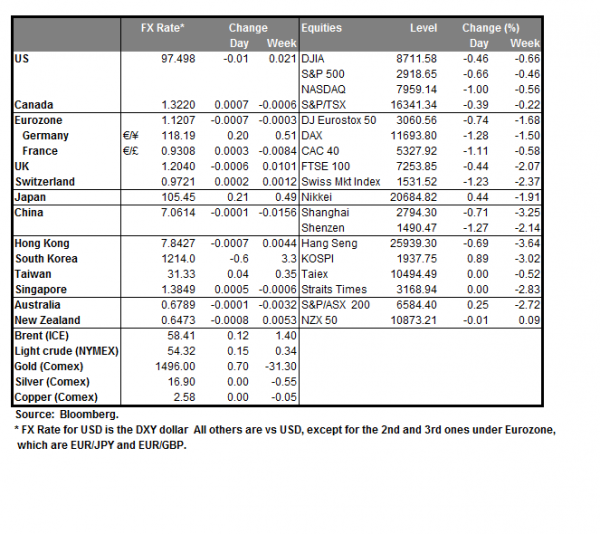