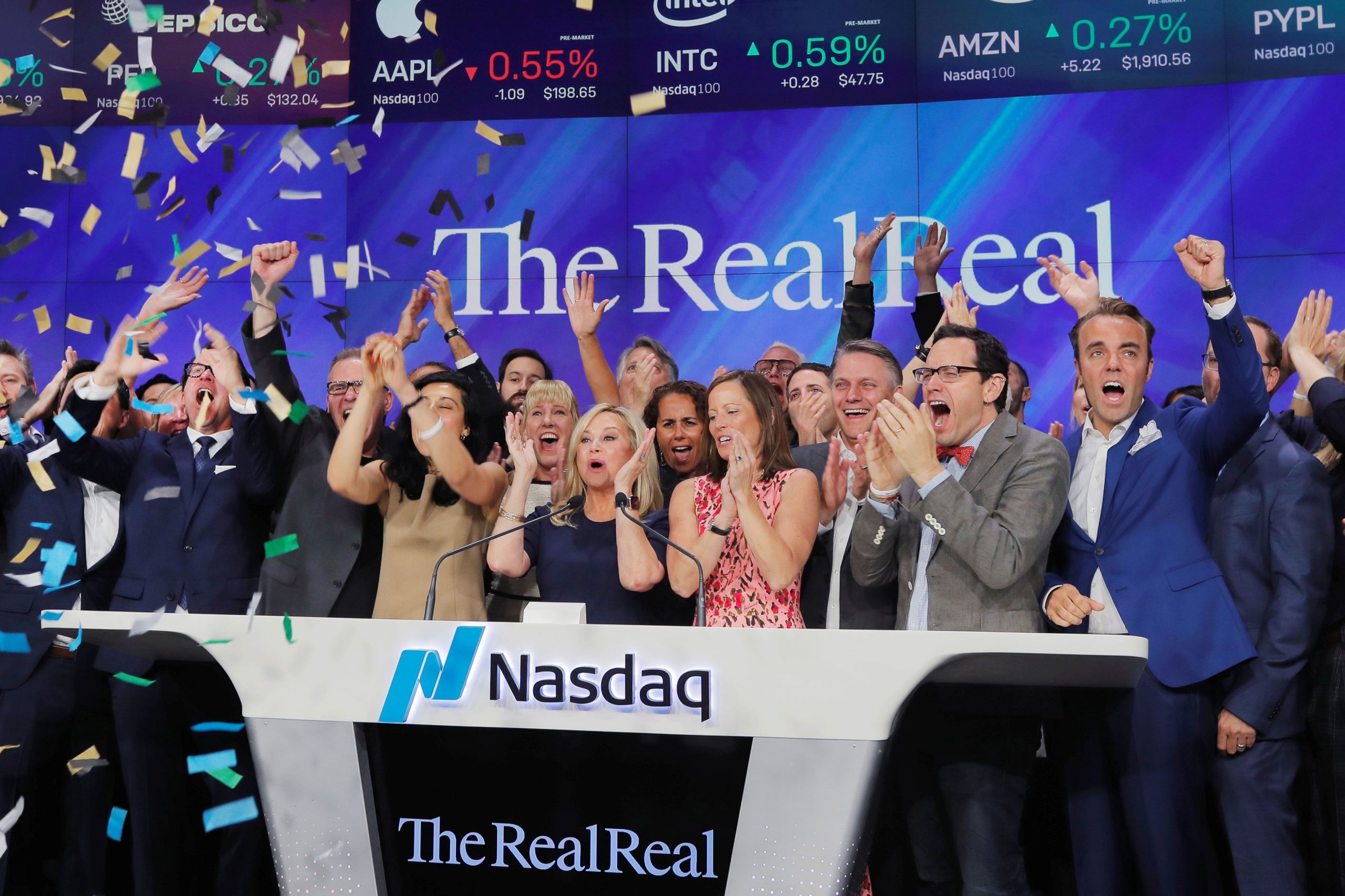 Julie Wainwright (C), CEO of The RealReal takes part in the company’s IPO at the Nasdaq MarketSite in New York, June 28, 2019.

Shares of RealReal surged 12.7% in after-hours trading after announcing a smaller-than-expected second quarter loss as revenue surged. The luxury consignment company reported an adjusted second-quarter loss of 28 cents per share on revenue of $71.0 million. Analysts had expected a loss per share of 33 cents on revenue of $70.1 million, according to Refinitiv. Both active buyers and orders increased 40% since the second quarter of last year, according to the company’s press release. Julie Wainwright, CEO and founder of RealReal, said the company drove marketing leverage and strategic initiatives in the second quarter.

Adaptive Biotechnologies fell by more than 10% after the company posted its first quarterly report since going public. The company posted a loss per share of $1.23, larger than the loss of $1.01 a share a year earlier. Adaptive also reported revenue of $22.1 million, above the $19.3 million consensus estimate from Refinitiv. CEO Chad Robins said the company is progressing on “near-term product applications across our life sciences research, clinical diagnostics, and drug discovery businesses.”

Qualcomm named Mark McLaughlin as its new board chairman. McLaughlin previously served as chairman and CEO of Palo Alto Networks. He will replace Jeff Henderson, who will remain on the board. The stock was little changed.