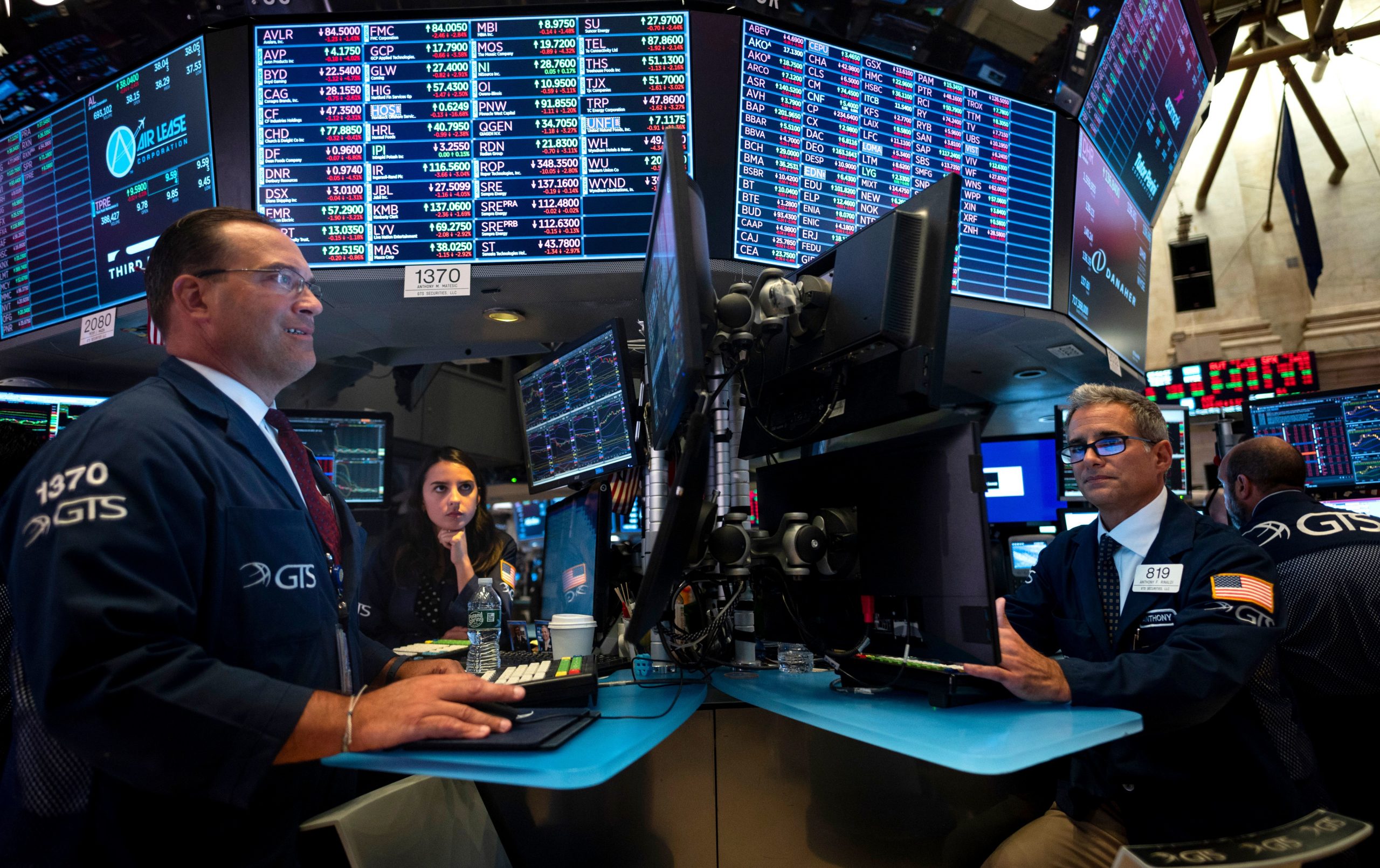 Traders work before the closing bell at the New York Stock Exchange on Aug. 14, 2019 in New York City.

Check out the companies making headlines in midday trading on Friday:

General Electric — Shares of General Electric soared 9.7% after analysts and the company’s CEO stood behind the stock following a report alleging accounting issues. GE’s stock tumbled Thursday after Madoff whistleblower Harry Markopolos called the company’s accounting “a bigger fraud than Enron,” but CEO Larry Culp bought nearly $2 million worth of stock to signal his confidence and several analysts pushed back against Markopolos conclusions.

Nvidia — Nvidia’s stock jumped 7.3% after it reported better-than-expected fiscal-second quarter earnings. The chip maker earned $1.24 per share, excluding certain items, versus $1.15 per share as expected by analysts, according to Refinitiv. Its revenue also beat estimates.

Dillard’s – Shares of Dillard’s fell 2.3% after the retailer reported an adjusted quarterly loss of $1.74 per share, wider than the 70 cent loss estimated by Wall Street. The retailer’s revenue was also slightly below forecasts, with comparable store sales falling 1%.

Bank stocks — Bank stocks rallied along with the rise in bond yields. The group took a big hit earlier this week as bond yields hit their historic lows and a key part of the yield curve briefly inverted. They came under pressure because falling rates would it harder to make a profit lending money. Citigroup rose more than 3.5%, while Bank of America climbed 3% and J.P. Morgan gained 2.4%.

Deere — Shares of Deere rose 3.8% despite the machinery company missing analyst expectations for earnings and revenue and lowering its full year guidance. The tractor manufacturer reported adjusted earnings of $2.71 per share on $8.97 billion in revenue, missing Wall Street’s estimates of $2.85 per share and $9.39 billion in revenue, according to Refinitiv. The stock was already down 13% for the month, and Rob Wertheimer of Melius Research told CNBC the lowered guidance “wasn’t too bad.”

Tapestry — Shares of Tapestry rebounded on Friday, gaining 2.6% after hitting 52-week lows the day before. Bernstein maintained its outperform rating on the stock, lowering its near-term earnings estimates for the company by 13% but saying “valuation with a long-term view remains compelling, if the brands are not broken.”