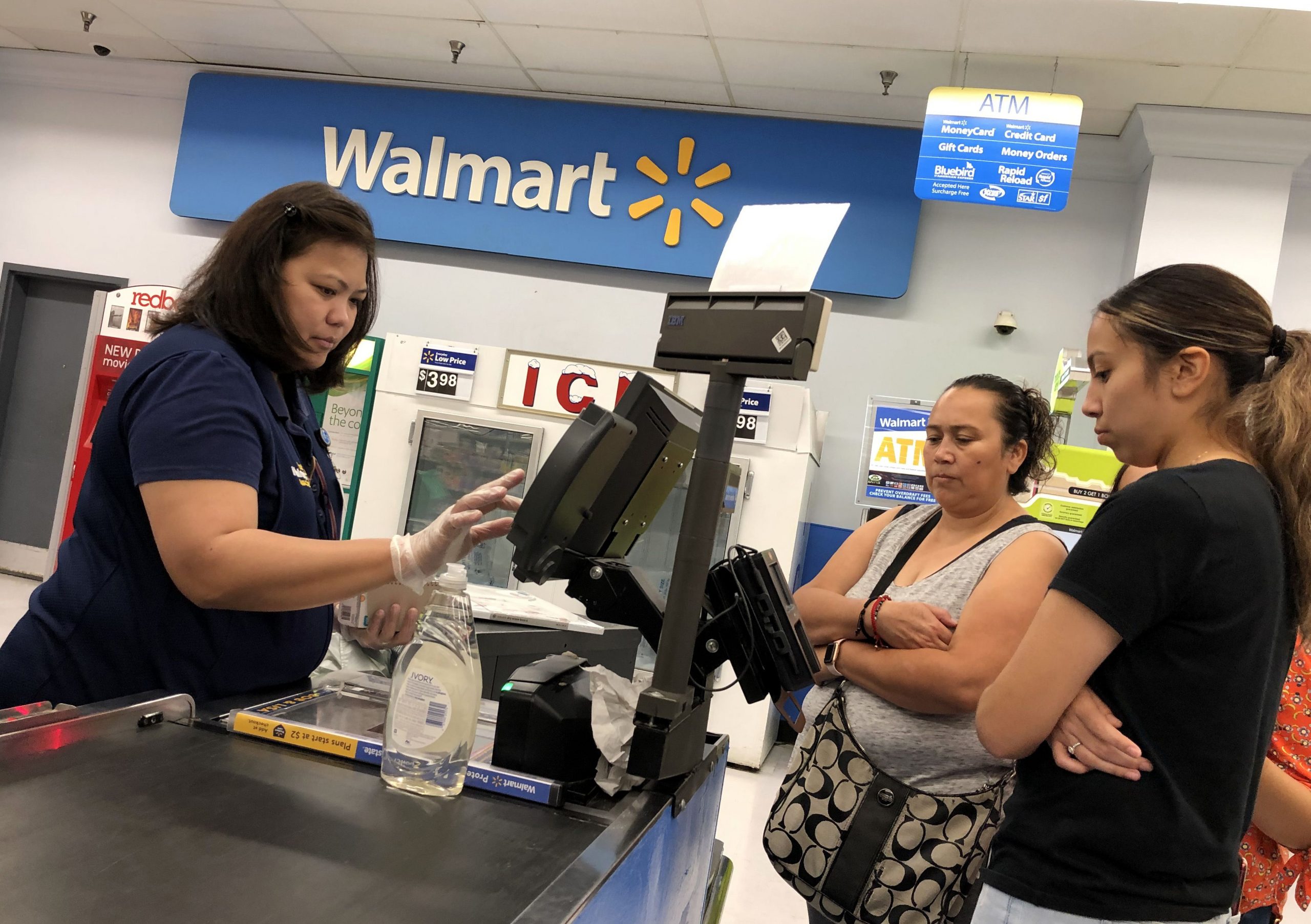 Customers look on as a Walmart cashier rings up their purchases at a Walmart store on August 15, 2019 in Richmond, California.

U.S. consumer sentiment fell to 92.1 in August, the lowest indicator readout since the start of 2019, according to data released Friday.

The University of Michigan’s preliminary August print came in well below Wall Street estimates. Economists polled by Refinitiv expected the preliminary read on August consumer sentiment to reach 97, down from 98.4 in July.

The August losses spanned all index components, according to the report.

“Consumers strongly reacted to the proposed September increase in tariffs on Chinese imports, spontaneously cited by 33% of all consumers in early August, barely below the recent peak of 37%,” he wrote.

On Tuesday, he announced the U.S. would delay proposed tariffs on certain Chinese imports, including clothing, electronics and footwear. The news sent retail stocks like Guess, Macy’s and Target surging.

Trump said he delayed the tariffs in part over concerns about shopping during the holiday season.

“Although the announced delay until Christmas postpones its negative impact on consumer prices, it still raises concerns about future price increases,” Curtin said. “The main takeaway for consumers from the first cut in interest rates in a decade was to increase apprehensions about a possible recession.”

Still, the report comes amid a wild week for the stock market and after a handful of bullish reports in the consumer sector.

On Thursday Walmart topped Wall Street expectations for its second-quarter earnings report and got another boost in share price. The company also raised its full-year outlook. Shares gained more than 6% during the trading day.

Also on Thursday, the Commerce Department released solid July retail sales figures. Spending at retail stores and restaurants rose 0.7% during the month, after a 0.3% gain in June.

Correction: This story has been updated to reflect the Wall Street estimate for August consumer sentiment of 97 was lower than the July figure of 98.4.