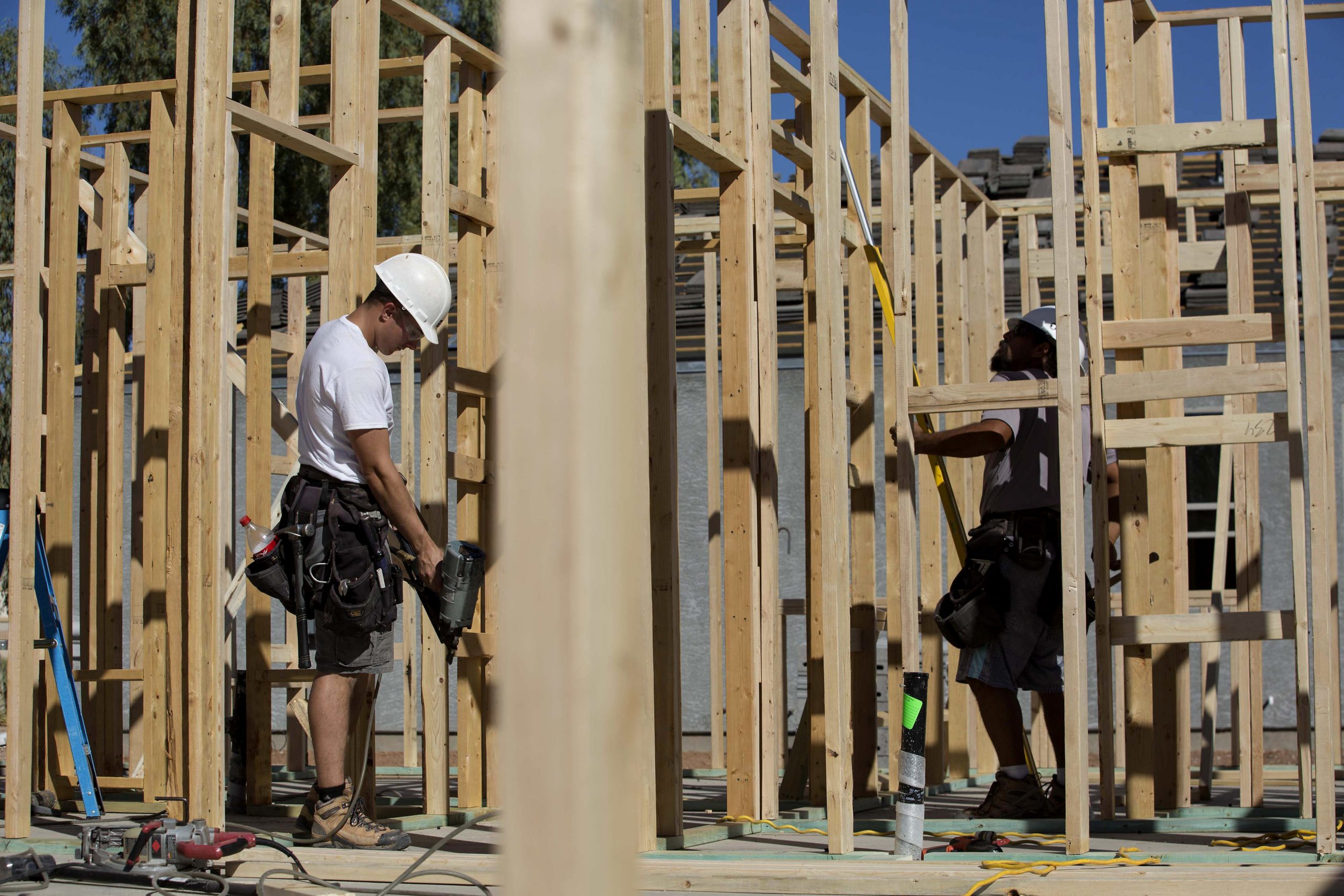 U.S. homebuilding fell for a third straight month in July amid a steep decline in the construction of multi-family housing units, but a jump in permits to a seven-month high offered hope for the struggling housing market.

Housing starts dropped 4.0% to a seasonally adjusted annual rate of 1.191 million units last month, the Commerce Department said on Friday. Homebuilding was likely disrupted by Tropical Storm Barry, which drenched Louisiana in the middle of July.

Data for June was revised down to show homebuilding falling to a pace of 1.241 million units, instead of dropping to a rate of 1.253 million units as previously reported.

Economists polled by Reuters had forecast housing starts would edge up to a pace of 1.257 million units in July.

The housing market has not benefited much from declining mortgage rates because of land and labor shortages, which are constraining builders’ ability to construct sought-after lower-priced homes. That has left the housing market continuing to grapple with tight inventory and sluggish sales growth.

The 30-year fixed mortgage rate has dropped to 3.60% from a peak of 4.94% in November, according to data from mortgage finance agency Freddie Mac.

Further declines are likely as the Federal Reserve is expected to cut interest rates gain next month amid growing risks to the economic outlook from trade tensions and slowing global growth, which contributed to an inversion of the U.S. Treasury yield curve and sparked recession fears.

Single-family homebuilding, which accounts for the largest share of the housing market, increased 1.3% to a rate of 876,000 units in July, the highest level in six months. Single-family housing starts rose in the Northeast, West and Midwest, but dropped 3.9% in the populous South.

Building permits surged 8.4%, the largest gain since June 2017, to a rate of 1.336 million units in July. Last month’s surge is a positive development for permits, which have been weak this year. Much of the decline in permits has been concentrated in the single-family housing segment.

A survey on Thursday showed confidence among homebuilders nudged up in August. Builders reported firm demand for single-family homes but said they “continue to struggle with rising construction costs stemming from excessive regulations, a chronic shortage of workers and a lack of buildable lots.”

According to builders, lower borrowing costs had not boosted the housing market because of the “rate declines occurred due to economic uncertainty.”

Residential investment has contracted for six straight quarters, the longest such stretch since the 2007-2009 Great Recession.

Permits to build single-family homes increased 1.8% to a rate of 838,000 units in July, the highest level in eight months. Despite the rise last month, permits continue to lag housing starts, which suggests single-family homebuilding could remain tepid.