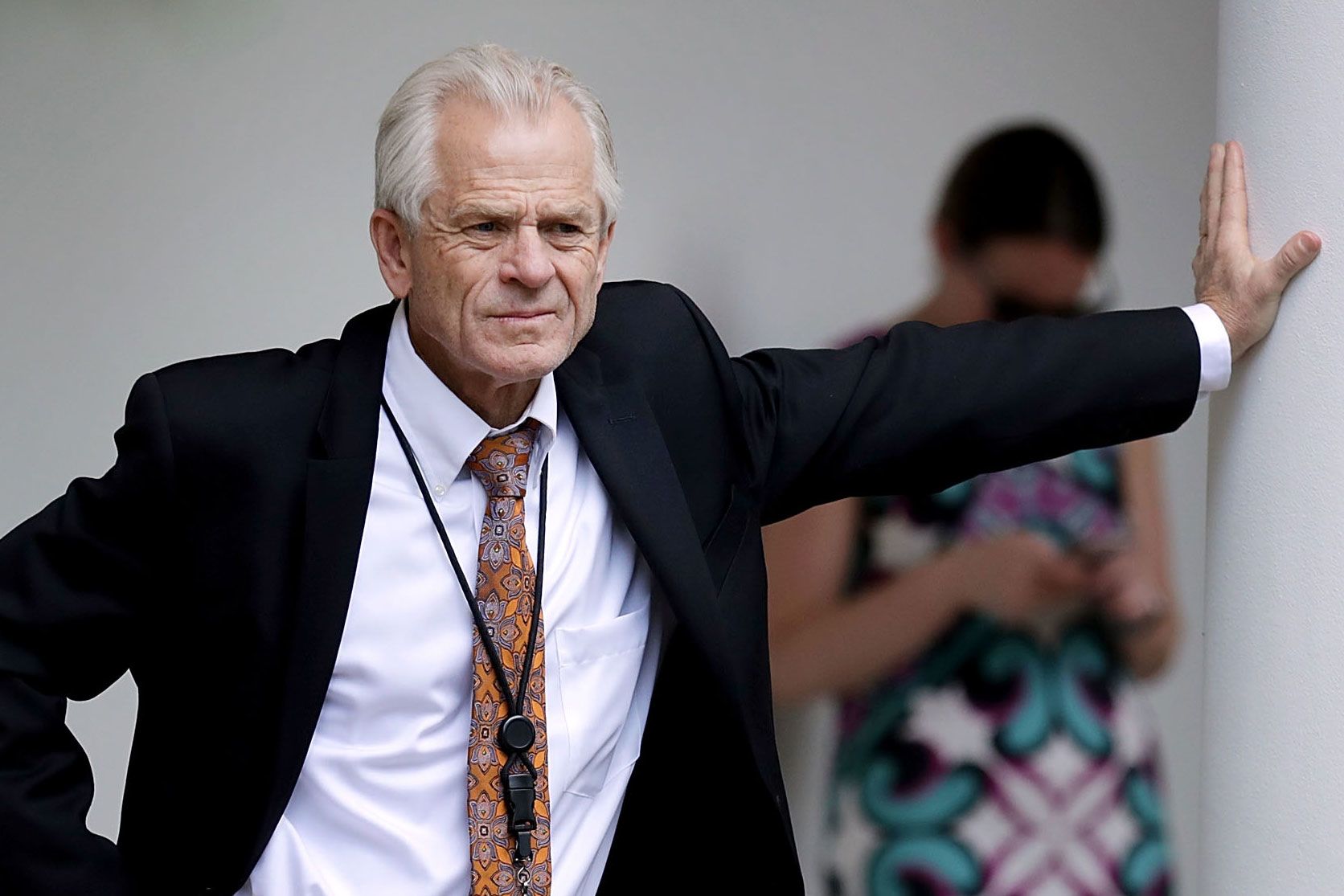 The yield on the benchmark 10-year Treasury note briefly fell below the 2-year rate on Wednesday, a phenomenon in the bond market known as yield curve inversion, which is typically taken as a sign that a recession is on the horizon.

Navarro, however, disputed this: “Technically, we did not have a yield curve inversion,” he said in an interview on CNN.

The White House trade advisor called it a “flat curve” because the spread was too narrow. The yield on the benchmark 10-year Treasury note dropped to 1.623% Wednesday, briefly below the 2-year rate of 1.634%.

“An inverted yield curve requires a big spread between the short and long,” Navarro said. “All we have had is a flat curve. It’s a flat curve which is a very weak signal of any possibility.”

Investors, however, did not seem to interpret the yield curve that way on Wednesday. The Dow Jones Industrial Average dropped 800 points or about 3% in its worst performance of 2019 as investors grew spooked about the U.S. economy.

But Navarro said that the yield curve is actually sending a positive signal. He said foreign capital is coming into the bond market due to the strength of the Trump economy, which is bidding up bond prices on the long end and bidding down yields, leading to what he said is the flat curve.

“In this case, the flat curve is actually the result of a very strong Trump economy,” he said.

Navarro sees a bullish case for the U.S. economy this year. He said the Federal Reserve needs to embark on very aggressive interest rate cuts through the end of the year, which will lower the yield on shorter term bonds.

The Fed lowered its benchmark rate by a quarter point in July, the first cut since the financial crisis in 2008. Chairman Jerome Powell, however, said the cut was a “midcycle adjustment” and the committee did not see economic weakness that would require a longer cycle of slashing interest rates.

Powell, during his July press conference, said the U.S. economic outlook remains favorable but the Fed decided to cut rates “to insure against downside risks from weak global growth and trade policy uncertainty.” He said businesses are more cautious about capital spending due to the ongoing uncertainty.

Navarro, however, disputed that the trade war was having an impact on the economy, pointing instead to the Fed which he said raised rates too far and too fast before pivoting this year.

“The Federal Reserve chairman should look in the mirror,” Navarro said.

American farmers, however, have said that the trade war is starting to hurt them. President Trump also decided to postpone some tariffs until December to avoid any impact on the holiday shopping season, which seemed to contradict past administration claims that China was bearing the burden of the tariffs.

Despite warnings from farmers and businesses, Navarro suggested the U.S. has the upper hand in the trade war with China: “We are winning,” he said.