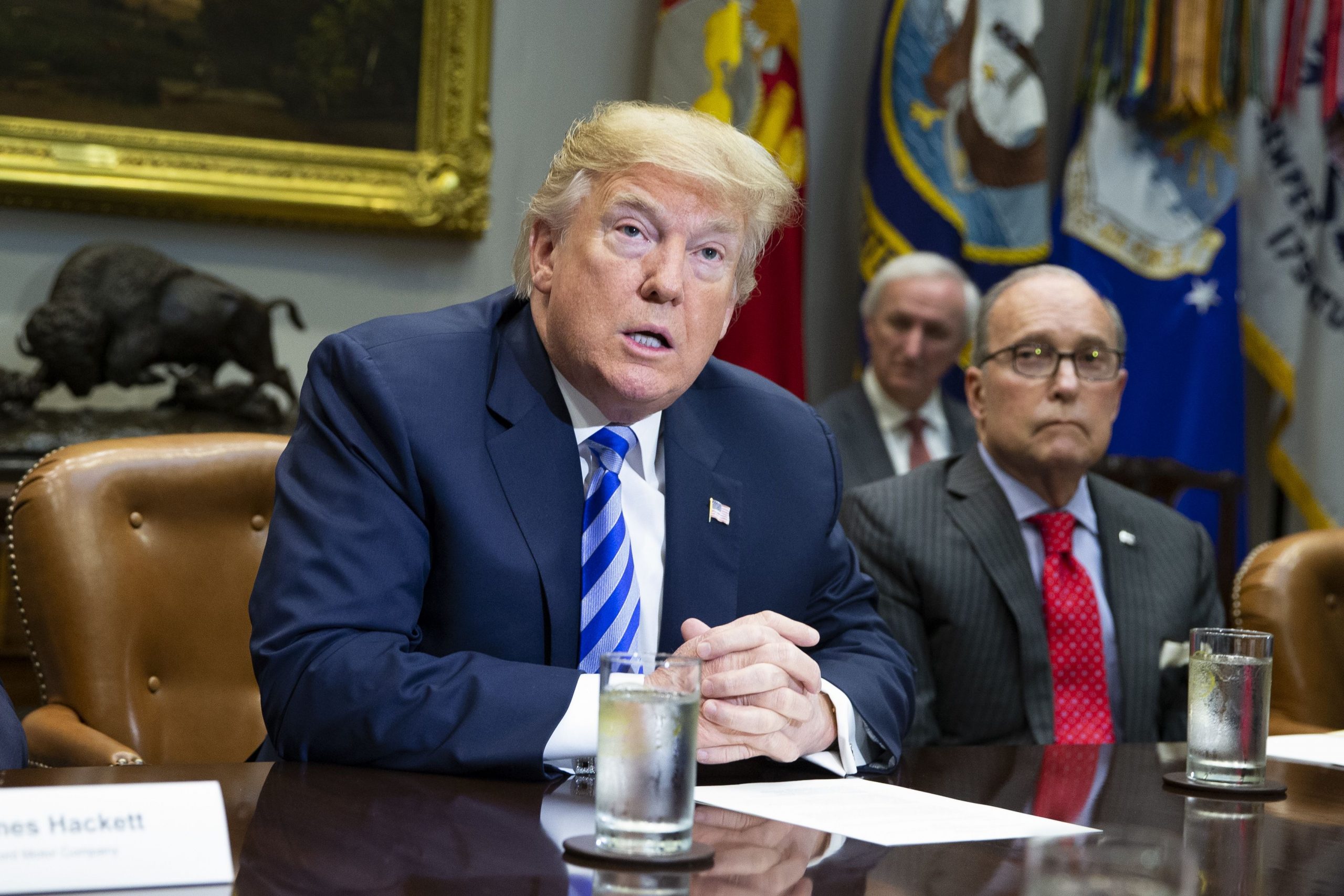 President Donald Trump said Sunday he doesn’t see a recession on the horizon after a volatile week for markets.

“I don’t think we’re having a recession,” Trump told reporters. “We’re doing tremendously well. Our consumers are rich. I gave a tremendous tax cut and they’re loaded up with money.”

The bond market flashed a signal Wednesday that is normally interpreted as a sign a recession is on the horizon. The yield on the 10-year Treasury note briefly broke below the rate for the 2-year. The Dow Jones Industrial Average dropped 800 points or about 3% as the bond market spooked investors.

The president called the heads of J.P. Morgan Chase, Bank of America and Citigroup as the stock market tanked Wednesday, according to people with knowledge of the situation. Trump asked the executives for a read on the health of the U.S. consumer, according to one of the people.

The executives said the consumer was doing well, but could do even better if issues such as the China-U.S. trade war were resolved, this person said.

“I think we’re in pretty good shape,” Kudlow said. A gauge of U.S. manufacturing, however, recently fell to its lowest reading since 2009 as demand weakened and managers slowed hiring.

White House trade advisor Peter Navarro disputed that the yield curve had inverted. He said the curve was flat and claimed this is a sign that foreign capital is flowing into the U.S., which is bidding up bond prices on the long end and bidding down yields.

“In this case, the flat curve is actually the result of a very strong Trump economy,” he said.

Both Kudlow and Navarro strongly defended Trump’s trade war with China. Earlier this month, the president said he would impose 10% tariffs on $300 billion of imports from China.

However, Trump decided to postpone some tariffs until Dec. 15 out of concern that it could impact the holiday shopping season, which seemed to contradict past administration statements that China was shouldering the burden.

Trump reiterated his stance Sunday: “China is eating the tariffs — at least so far,” he said.

Navarro said the U.S. was winning the trade war and dismissed arguments that Americans were shouldering the burden, despite mounting complaints from American farmers, who broadly support Trump, that the trade war is hurting them.

Kudlow, for his part, said the U.S. is locked in a battle with Beijing over technology.

“We are in a kind of technological war with China, and we cannot let them steal our family jewels which is the heart of the American economic growth miracle,” he said.