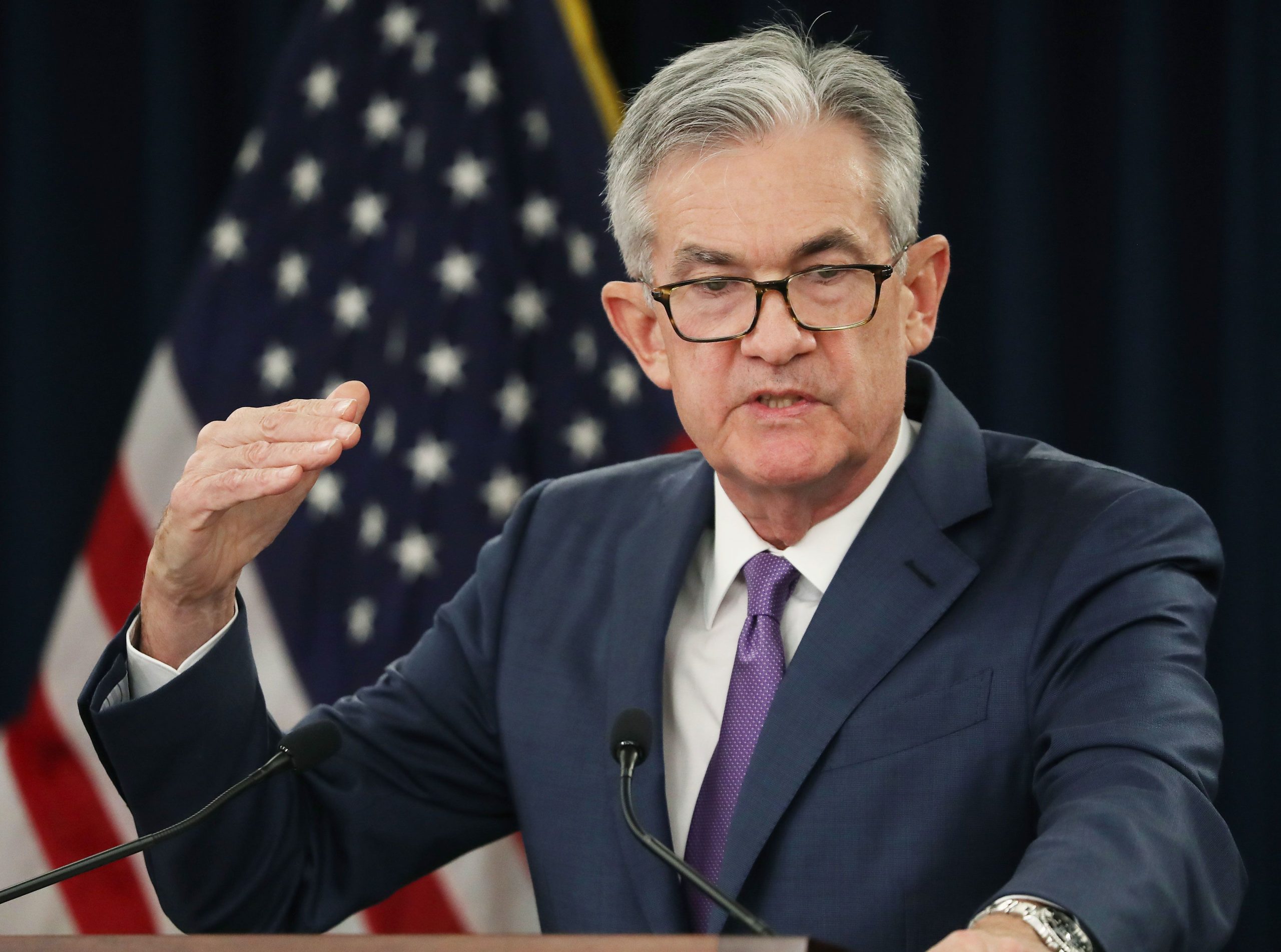 The U.S. Federal Reserve will cut interest rates five more times by April 2020, according to analysts at Danske Bank.

The Fed cut rates by 25 basis points in July, but comments from Chairman Jerome Powell suggesting the cut was merely a “midcycle adjustment” sent stocks plummeting, with investors having hoped for further easing in the near future.

Powell cited three reasons for the initial cut: higher trade uncertainty, slower global growth and inflation remaining below 2%. However, since the meeting, the U.S.-China trade war has escalated and market sentiment has shown further jitters.

Despite Powell’s comments, Danske Bank analysts led by Mikael Olai Milhoj now believe the Fed will quickly move with 25 basis-point cuts at each of its next five meetings — taking the target range at the March meeting to 0.75-1.00%.

“Economic indicators outside the U.S. have been weak, with weaker-than-expected Chinese data for fixed asset investments, industrial production and retail sales, German GDP contraction in Q2 (the second quarter) and a very downbeat ZEW survey, ” the note published on Tuesday said.

“While actual U.S. CPI inflation has surprised to the upside in recent months, market-based inflation expectations are low (1.6% versus 1.7% when the Fed started its U-turn) and it is difficult to see any reasons why inflation should accelerate out of control any time soon.”

The analysts anticipate that despite the aggressive call, the Fed will not pre-commit to further easing, instead retaining its current ad hoc approach. The note suggested that a sudden large cut of 50 basis points seemed excessive, since historically, larger cuts and cuts between meetings have occurred during existing recessions and rising unemployment.

“The Fed is recognizing that the macro outlook has become more uncertain but still sees its easing cycle as a ‘mid-cycle adjustment’ and not recession cuts,” the analysts said.

“In our view, U.S. growth has peaked and will likely slow but we do not expect a recession to show up in the data near term (depending on Fed action).” The Danish bank suggested that if the Fed really hopes to reflate the economy and markets it may need to commit to more easing, or embark on deeper and faster cuts.

Markets widely expect the Fed to approve another 25 basis point cut at its September meeting, and probably one more before the end of the year.

‘The monetary future of Japan’

Speaking to CNBC’s “Squawk Box Europe” Tuesday, Saxo Bank Chief Economist Steen Jakobsen projected a further 50 basis points in cuts this year, and agreed that the easing would not stop there.

Jakobsen said that further cuts should be expected “independent of rising inflation” and “independent of the fact that the U.S. economy is still running at 1.6-1.8% growth,” since the central bank is operating on a “regret analysis” model.

He claimed that the Fed wants to preemptively support the economy rather than risking future regret should it take a negative turn.

“Ultimately, I think investors are going to have to prepare themselves for the monetary future of Japan,” Jakobsen said.

The Bank of Japan has long been pursuing unconventional monetary policy with its economy being plagued by low inflation for decades. The country suffered what has become known as a “lost decade” to deflation, when companies cut their prices to revive lackluster demand, which in turn hit businesses’ revenue and had a knock-on effect on the economy.

“I think it’s ironic that no-one learns from history. Everything Japan has ever done has been repeated by the ECB (European Central Bank), the Federal Reserve and the Bank of England, so we know what the future is.”

He suggested that the U.S. and Europe are “zero-bound” as long as economies continue to operate a “pretend and extend” model. This approach brings forward benefits or gains, often reliant on cosmetic solutions, while deferring risks or potential costs into the future.