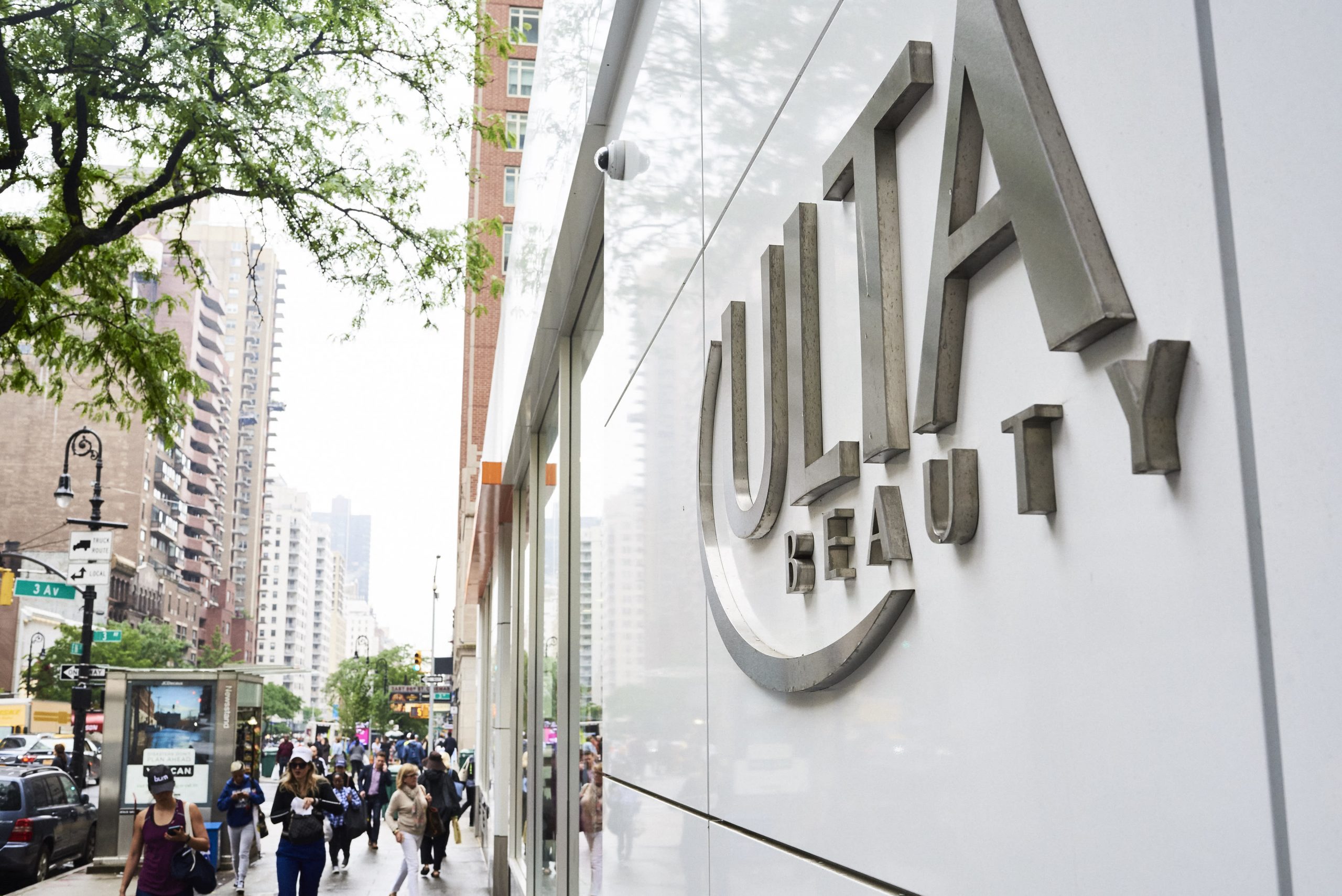 Pedestrians pass in front of an Ulta Beauty store in New York.

“Our confidence in our fiscal year 2020 outlook has increased, despite the geopolitical uncertainty,” he said.