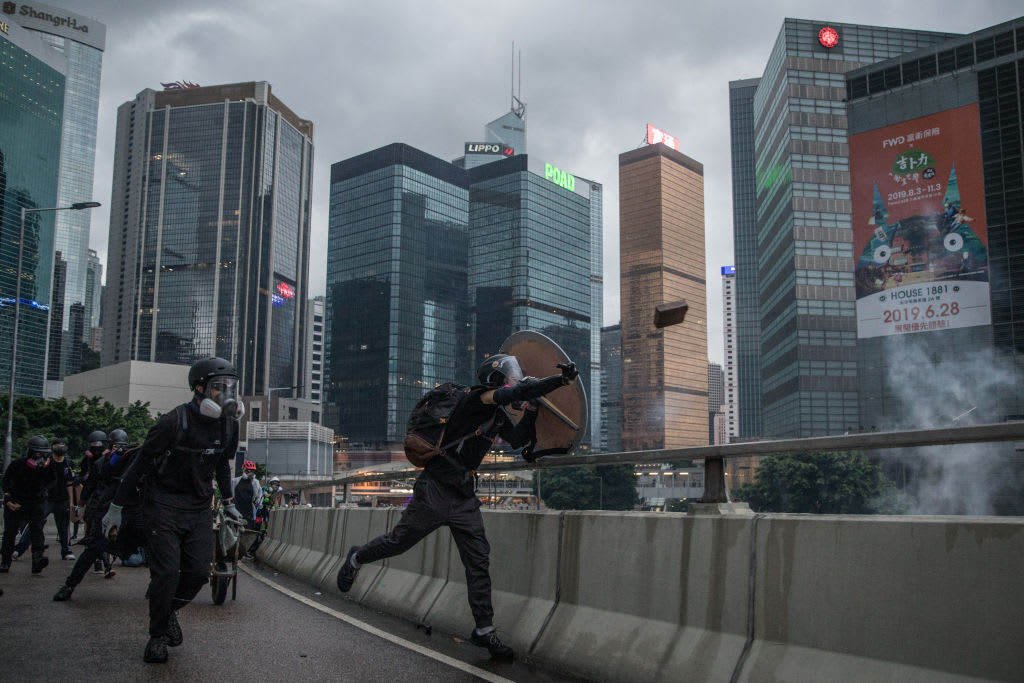 There’s little evidence to suggest that money is being moved out of Hong Kong amid ongoing unrest in the city that has lasted for months, according to two top executives.

“There is a lot of talk about perhaps capital flight, but we are not seeing any sign of that,” added Tan Min Lan, head of the Asia Pacific chief investment office at UBS Global Wealth Management.

The protests over a now-suspended extradition bill which would have allowed China to potentially freeze assets in the city, initially sparked talk that Hong Kong tycoons have started moving their personal wealth offshore. Later, with the deepening unrest, bankers and wealth managers reportedly said that they were receiving more queries from individuals to move their funds to Singapore.

A protester throws a brick during clashes with police outside the Central Government Complex during an anti-government rally on August 31, 2019.

But Woods told that the indicators being watched by his team — on funds moving out of Hong Kong — “are essentially flat.”

“These are indicators which suggest money is actually leaving the Hong Kong territory, or for example, deposits in Hong Kong dollars being unwound,” he said. “We’re seeing absolutely no sign yet of that behavior.”

Hong Kong has been rocked by a protracted period of protests since June, that has evolved into a wider fight for democracy, raising concerns over the outlook for its economy.

In August, Hong Kong Chief Executive Carrie Lam warned that the city’s economy faces a risk of downturn amid the unrest. The government announced an economic support package worth $2.544 billion, saying that the 2019 GDP growth is expected to be lower at 0% to 1%, from the original 2-3%.

Meanwhile, Hong Kong’s private sector activity declined at the fastest pace in more than a decade in August, a business survey showed on Wednesday, as an esc