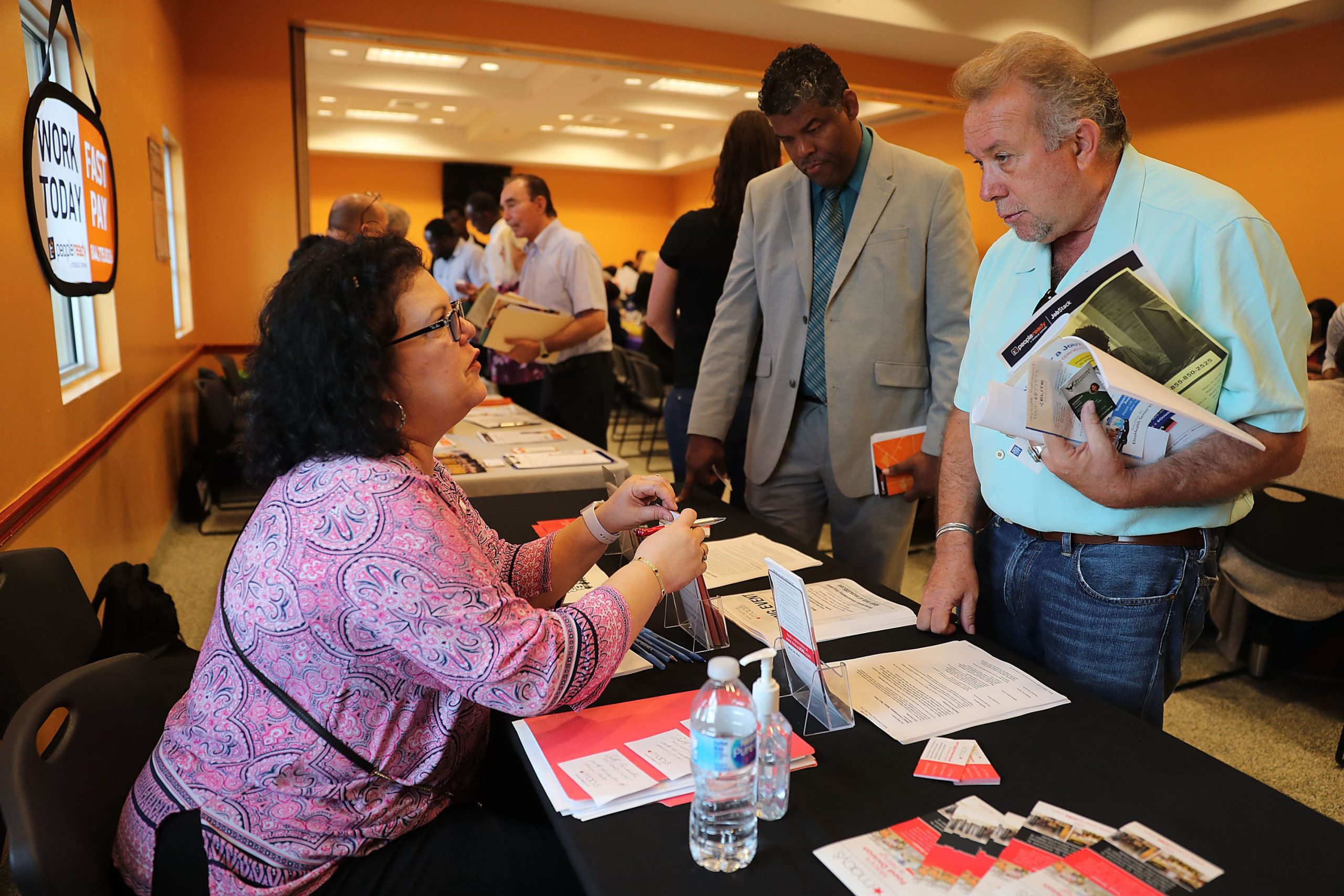 Betty Fernandez (L), from Macy’s department store, speaks with Paul Cunningham about job openings during a job fair put on by Miami-Dade County and other sponsors on April 05, 2019 in Miami, Florida.

Initial claims for state unemployment benefits increased 1,000 to a seasonally adjusted 217,000 for the week ended August 31, the Labor Department said on Thursday. Data for the prior week was revised to show 1,000 more applications received than previously reported.

Economists polled by Reuters had forecast claims would be unchanged at 215,000 in the latest week. The Labor Department said claims for California, Hawaii, Kansas, Puerto Rico and Virginia were estimated last week because of Monday’s Labor Day holiday.

The four-week moving average of initial claims, considered a better measure of labor market trends as it irons out week-to-week volatility, rose 1,500 to 216,250 last week.

Layoffs have remained low despite the year-long trade war between the United States and China, which is weighing on business investment and manufacturing and threatening the longest economic expansion in history.

The claims data has no bearing on August’s employment report, which is scheduled for release on Friday. According to a Reuters survey of economists, nonfarm payrolls likely increased by 159,000 jobs last month after rising by 164,000 in July.

Job growth has slowed from an average of 223,000 per month in 2018. But the pace of employment gains remains well above the roughly 100,000 jobs needed per month to keep up with growth in the working-age population. The unemployment rate is expected to have held at 3.7% in August for a third straight month.

Labor market strength is supporting the economy, now in its 11th year of expansion, through strong consumer spending.

Thursday’s claims report also showed the number of people receiving benefits after an initial week of aid dropped 39,000 to 1.66 million for the week ended Aug. 24. The four-week moving average of the so-called continuing claims fell 6,250 to 1.69 million.