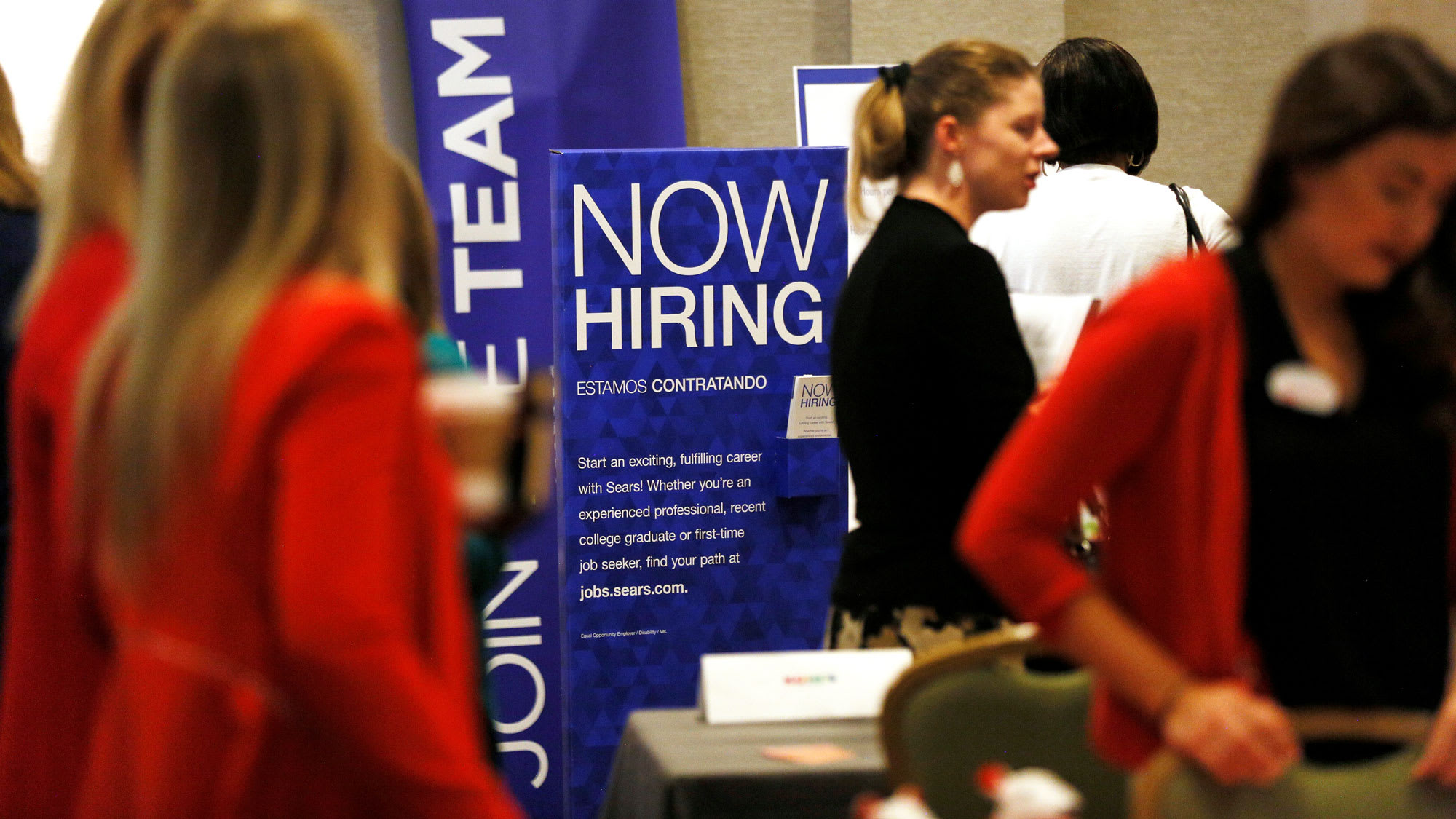 Recruiters and job seekers are seen at a job fair.

U.S. job openings fell for a second straight month in July amid decreases in wholesale trade and the federal government, which could bolster economists’ views that job growth has peaked.

Job openings, a measure of labor demand, slipped by 31,000 to a seasonally adjusted 7.2 million in July, the Labor Department said in its monthly Job Openings and Labor Turnover Survey, or JOLTS, on Tuesday.

Job openings have been little changed this year since scaling an all-time high of 7.6 million in late 2018. The job openings rate fell to 4.5% from 4.6% in June.

Nonfarm payrolls increased by 130,000 jobs in August, down from 159,000 in July, the government reported last Friday.

Job growth has averaged 158,000 per month this year, still above the roughly 100,000 per month needed to keep up with growth in the working age population. The unemployment rate was unchanged at 3.7% for a third straight month in August.