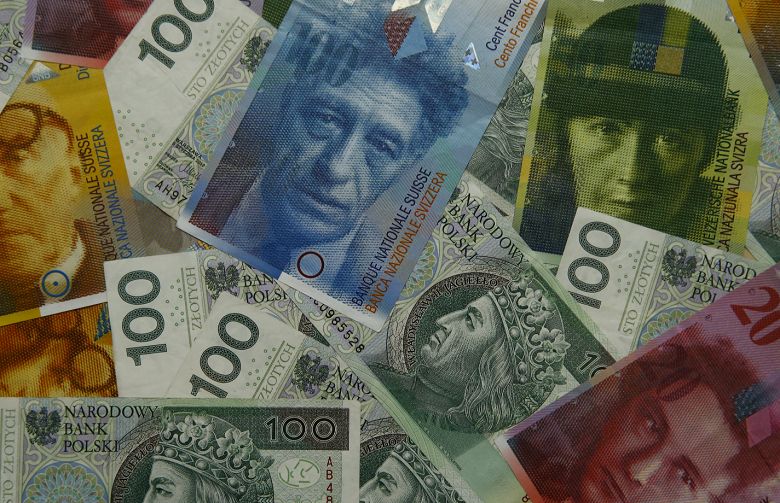 Pressure to start raising new debt to meet bail-in funding requirements will add to the challenges facing Polish banks going into 2020, according to analysts.

Banks in the eastern part of the European Union (EU) have lagged their counterparts in the west when it comes to building minimum requirement for own funds and eligible liabilities (MREL) buffers.

None has yet issued bonds in the necessary senior non-preferred format.

In Poland, the region’s largest market, the shortfall could be as high as PLN70 billion (€16.4 billion), according to local investment bank Trigon.

Most banks in emerging Europe have yet to disclose the MREL ratios assigned by local regulators to systemically important institutions, but Polish market leader PKO Bank Polski has indicated it will need to raise €2.3 billion to meet its target of 23.0% of risk-weighted assets.

As with other markets in the region, Polish banks have historically relied mainly on deposit funding. Issuing senior non-preferred bonds will put pressure on margins already squeezed by low interest rates and intense competition, particularly as the vast majority will likely have to be sold outside Poland.

“The Polish market is too small for these volumes, so banks will have to go abroad,” says Andrzej Powierza, an equity analyst at Citi Handlowy Brokerage House. “For some, this will only be a matter of price, but others will struggle to find investors for this type of instrument.”

Others have yet to venture outside Poland. Neither Bank Pekao nor smaller state-controlled rival Alior Bank have sold bonds internationally, although the former is planning to issue a debut senior Eurobond next year to set a benchmark for MREL issuance.

The need to tap international markets comes at a bad time for the sector, which is already facing headwinds in the form of litigation over Swiss franc mortgages, rising levies and restrictions on fees on consumer loans.

More than 10 years after the financial crisis, when lending in foreign exchange to retail customers was banned in Poland, Polish banks still have around CHF25 billion of mortgages linked to the Swiss franc on their books.

Despite several bouts of critical rhetoric, Poland’s populist Law and Justice Party (PiS) government has refrained from forcing banks to convert their portfolios into zloty at pre-crisis rates – possibly because, unlike in Hungary, Swiss franc mortgages in Poland were mostly sold to affluent clients.

This case will not determine all future verdicts in Polish courts. However, it has definitely increased the risk that final verdicts will be more negative for banks going forward

This prompted borrowers seeking redress to take their cases to the courts, where they recently notched two notable victories. In October, the European Court of Justice (ECJ) ruled that Polish consumers can ask national courts to convert their Swiss franc debt or even potentially annul the contract.

This was followed on November 28 by a ruling by Poland’s Supreme Court that Swiss franc loans can be converted into zloty without cancelling the contract, but that interest should continue to be paid based on Swiss franc rates.

“This case will not determine all future verdicts in Polish courts,” says Lukasz Janczak, deputy head of equity research at Ipopema in Warsaw. “However, it has definitely increased the risk that final verdicts will be more negative for banks going forward.”

This in turn will encourage more borrowers to opt for litigation, adds Citi’s Powierza. He puts the total cost to the sector at PLN37.5 billion, based on around 70% of mortgagees going to court and 70% of cases being successful, as has been the case during the past two months.

Not all Polish banks are equally exposed. Bank Pekao avoided issuing Swiss franc mortgages and Alior Bank was set up in 2008, just before the ban on foreign currency lending was introduced. PKO BP also has relatively limited exposure.

Nevertheless, even banks without large Swiss franc portfolios could find themselves on the hook through Poland’s bank guarantee fund (BFG).

A further rise in BFG requirements is expected next year. Current consensus is for a 10% to 15% increase, but analysts say it could jump by as much as 30% if the situation at two troubled local lenders deteriorates.

The larger of the two, Getin Noble Bank, has been loss-making since late 2016 after an ill-advised attempt to build mortgage market share aggressively in the wake of the financial crisis.

Idea Bank, an SME-focused lender operating under its current name since 2010, failed to gain traction in a competitive market and was hit by the failure of Polish debt collector GetBack in April 2018. Last year, it posted a net loss of PLN1.9 billion.

An attempt to merge the banks, both of which are owned by local tycoon Leszek Czarnecki, was blocked by the Polish regulator this summer due to concerns over Idea Bank’s capitalization. By the end of September, its capital adequacy ratio stood at just 2.2%.

With a CET1 ratio of 8.8%, Getin Noble Bank is better positioned, but is also among the most at risk of Swiss franc mortgages litigation, accounting for around 11% of outstanding loans linked to the currency.

“The financial standing of Getin Noble and Idea Bank is still weak, and they have significant capital deficits,” says Janczak. “Up to PLN4 billion of equity is needed in those two banks and there are no obvious ways of raising it.”

Some investors believe Commerzbank will give minorities a present and take this book for free without any discount. I don’t believe in Santa Claus