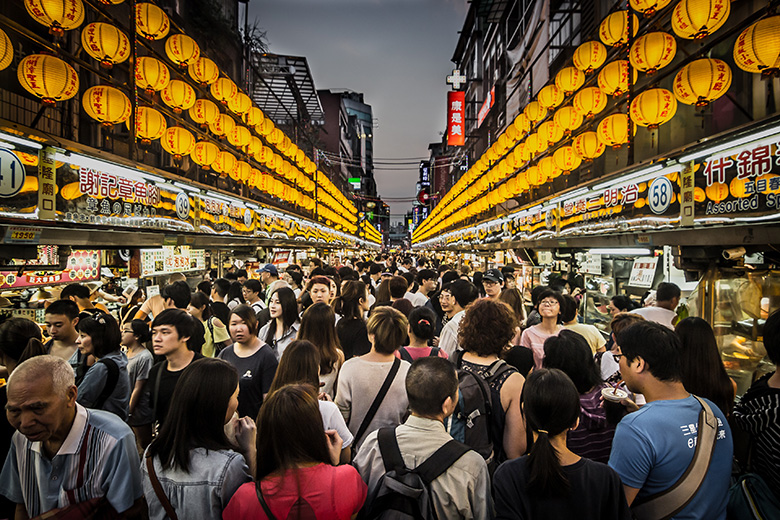 Taiwanese citizens are said to live in a world of extreme convenience. Shops in most major cities are open 24 hours a day, 52 weeks a year

After years of prevarication, Taiwan is finally entering the age of digital banking. On July 30, the island’s financial authorities handed its first batch of virtual banking licences to three consortia.

The first, led by local carrier Chunghwa Telecom, will be called Next Commercial Bank. The second, Line Financial Taiwan, is backed by the Japanese app developer Line Group, Standard Chartered and a trio of domestic lenders that includes CTBC Bank and Taipei Fubon Commercial Bank.

Regulators awarded the third licence to a consortium comprising Taiwan’s IBF Financial Holdings and Japan’s Rakuten International Commercial Bank, which is currently applying to open a bank in the US.

The move by the Financial Supervisory Commission (FSC) heartened and irritated in equal measure. Detractors said Taiwan already had too many lenders. It’s hard to disagree with that view: this is a rich, developed island of 24 million people that boasts 36 commercial lenders, many overstaffed and offering highly homogenized services.

Proponents say the FSC’s decision is seriously overdue. “This is something we should have done earlier,” Christina Liu, a former finance minister for Taiwan, told Euromoney. “We are already very late to digital banking.”

She said the government’s hand was forced in the matter, and drew a comparison between Taiwan and South Korea, another state with a strong technology sector that was slow to accept and adopt digital banking, fearing it would undermine its commercial lenders.

“We are powerful in IT, but when it comes to advanced payments systems, the government realized we were lagging behind and that it had to act,” she adds.

Aware of antipathy toward new banks among the public and mainstream lenders, FSC chairman Wellington Koo was careful not to make grand statements of intent. Each new financial institution is designed not to disrupt the existing order but to innovate in the margins.

Line Financial will primarily aim to serve the group’s customer base, while Next Bank will focus on members of the telecom firm’s clientele that struggle to get funding from mainstream banks. Rakuten & Co will offer multi-currency services to older customers who have failed to embrace online banking.

Each, Koo said, would “bring distinct innovations” to the industry. Plans to issue licences only to Line Financial and Next Bank were scrapped at the last minute, with a nine-person panel deciding Rakuten’s bid could not be ignored.

“We intended to select the best two teams, but during the review process we found that it was difficult to deny any of the three competing teams, as they all have their own advantages, operating models and target clients,” noted the FSC chief.

My sense is that people don’t need digital services, in banking or elsewhere, as they do in the likes of China

IC Liu, a former head of investment banking at Barclays in Taiwan, has been named the first CEO of Next Bank, with Min-Jen Chien, formerly at Taipei Fubon Bank, tipped to chair the new Rakuten-led lender. Morris Huang, a former head of digital banking at Taipei Fubon Bank, will be chief executive of Line Financial. The new lenders are tipped to begin trading in the second half of 2020, with Next Bank likely to be the first to open its doors to retail customers and small businesses.

All will be fully licensed and able to offer a full range of standard services, from deposit and lending services, to wealth management products and credit cards. The licences, the head of investor relations at a private sector bank says, mimic those issued to Rakuten Bank in Japan, WeBank in China and kakaobank in Korea.

They also come at a time when the wider region is pushing hard into digital banking, for fear of being left behind. Hong Kong handed out its first batch of new virtual bank licences in March 2019, with Singapore set to follow suit later this year.

The new banks aren’t allowed to open physical branches – everything must be done online. And regulators have thrown a bone to the powerful unions that have long frustrated efforts to shutter or consolidate smaller lenders, by prohibiting the new digital banks from bulking up fast by acquiring a mainstream rival.

Taiwan’s trio of new digital lenders may struggle to make their mark. Banking is crowded and competitive, and standing out from the crowd won’t be easy, in large part because most big lenders already offer decent online services.

Moreover, financial exclusion rates are low ‒ in its 2017 Findex report, published in 2018, the World Bank put the share of adults in Taiwan with access to a bank account at 94%, making it hard to find unserved customers and tap into new revenue streams.

Likely targets for the new banks, experts say, are millennials keen to take out micro-loans, and smaller firms that want better service and faster credit approvals.

Moreover, says the former finance minister Liu, Taiwanese citizens live in a world of extreme convenience. Shops in Taipei and in most major cities are open 24 hours a day, 52 weeks a year.

“My sense is that people don’t need digital services, in banking or elsewhere, as they do in the likes of China,” she says. “It will be very challenging for [the new banks], and all I can say is that I wish them good luck.”