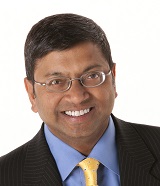 Last look in the FX market is under scrutiny again.

This followed the publication of data on Risk.net indicating that one-in-four of the top 50 liquidity providers do not publicly disclose how they use it.

Last look gives market makers a final opportunity to reject an order after a client commits to trade at a quoted price. It has long been a contentious practice, drawing a fine for Barclays in 2015 and criticism from market participants even earlier, yet its continued existence points to the difficulty of agreeing a consistent market approach.

Euromoney contacted the six liquidity providers for comment, but only Virtu responded.

The firm’s head FX trader, David Kratz, describes last look as a “blunt and cheap solution” that is nonetheless effective at ensuring liquidity streams are used for their intended purposes, protecting against liquidity recycling, and normalizing for technological differences between makers and takers that might cause delays in market data delivery or order submission.

But while last look is a viable way to achieve technological balance, he suggests there are better ones.

“For one, liquidity providers and liquidity consumers should be aligned on liquidity provision and expected behaviour. Once expectations are clear, the provider and consumer should be using the best available technology to ensure that only live, reliable market data is used for trading.”

Vikas Srivastava, chief revenue officer at FX platform Integral, reckons that last look has an important role when used for its legitimate purpose of risk control, and that rather than distorting the FX market, it can in fact make the market healthier by not forcing market makers to be defensive in their pricing.

If last look were to be completely removed it would likely have unintended consequences, including the potential worsening of liquidity, adds Integral’s Srivastava. “This assumes last look is used for the purpose for which it is intended [mitigating risk and off-market trades] and not as a profit-making strategy.”

However, James Singleton, chairman and CEO of electronic FX platform Cürex, is critical of the practice. He states that, no matter the justification, last look is not a practice his buy-side institution clients should accept since it exposes them to unlimited risk. Cürex does not allow last look for its liquidity providers.

“Our liquidity providers appreciate the quality of our customers’ flows and provide an aggregated book with very competitive spreads,” he adds. “In that context, we do not agree that removing last look would have a negative impact on bid/offer spreads because our experience does not support it.”

Kratz cautions that viewing last-look liquidity alongside firm liquidity misrepresents the depth, size and prices available in the market. This stems from a misunderstanding of the basis upon which market makers choose to provide liquidity at certain price points and sizes.

The most aggressive last-look quotes are made on the basis that they aren’t subject to sweeping, so it doesn’t really make sense to consider this liquidity alongside other last look or firm quotes (market makers use last look to make sure that no one is sweeping out the market and moving it against them).

Because of this, without an understanding of the engagement expectations between liquidity provider and liquidity consumer, even making comparisons between two last-look feeds can be misleading.

“Removing last look, or universally enforcing hold time, has the same effect of transferring more risk to market makers,” says Kratz. “All things being equal, market makers will reflect their increased risk in the form of wider spreads and smaller sizes or by creating additional fragmentation in the market in an attempt to segment trading counterparties.

One option for liquidity providers and liquidity consumers is to engage in dialogue to ensure the liquidity is configured to best meet the consumers’ needs. In this scenario, the consumer of the liquidity should be able to achieve better outcomes than from a one-size-fits-all proposal.

“Whether market makers embrace zero hold time or adhere to the Global Code’s prohibition of using client information within a no-last-look window, we should not equate greater transparency with the higher goal of Mifid II’s mandate of best execution,” says Singleton.

“The use of client trading information is a critical threat to best execution outcomes and the elimination of last look is the only absolute step to create a fully transparent and fair marketplace.”

According to New Change FX managing director Andrew Woolmer, the wider issue is that there are plenty of large asset managers who are concerned about abuse of last look but do not have the technology to capture correct execution timestamps.

“Given that the last-look windows are 200 milliseconds long and we regularly find asset managers who are unable to capture millisecond data on their timestamps ‒ or indeed an accurate timestamp of any sort ‒ the question of establishing abuse is rather fraught,” he says.

A further complicating factor is that some asset managers are still not using independent data to perform their transaction cost analysis.

So while transparency around last look may be an important issue for asset managers, it is also important to capture better data, use independent data to validate execution costs and eventually demand that execution is benchmarked at the point of execution.