Homebuilder sentiment surges to highest level of the year, but there are warning signs 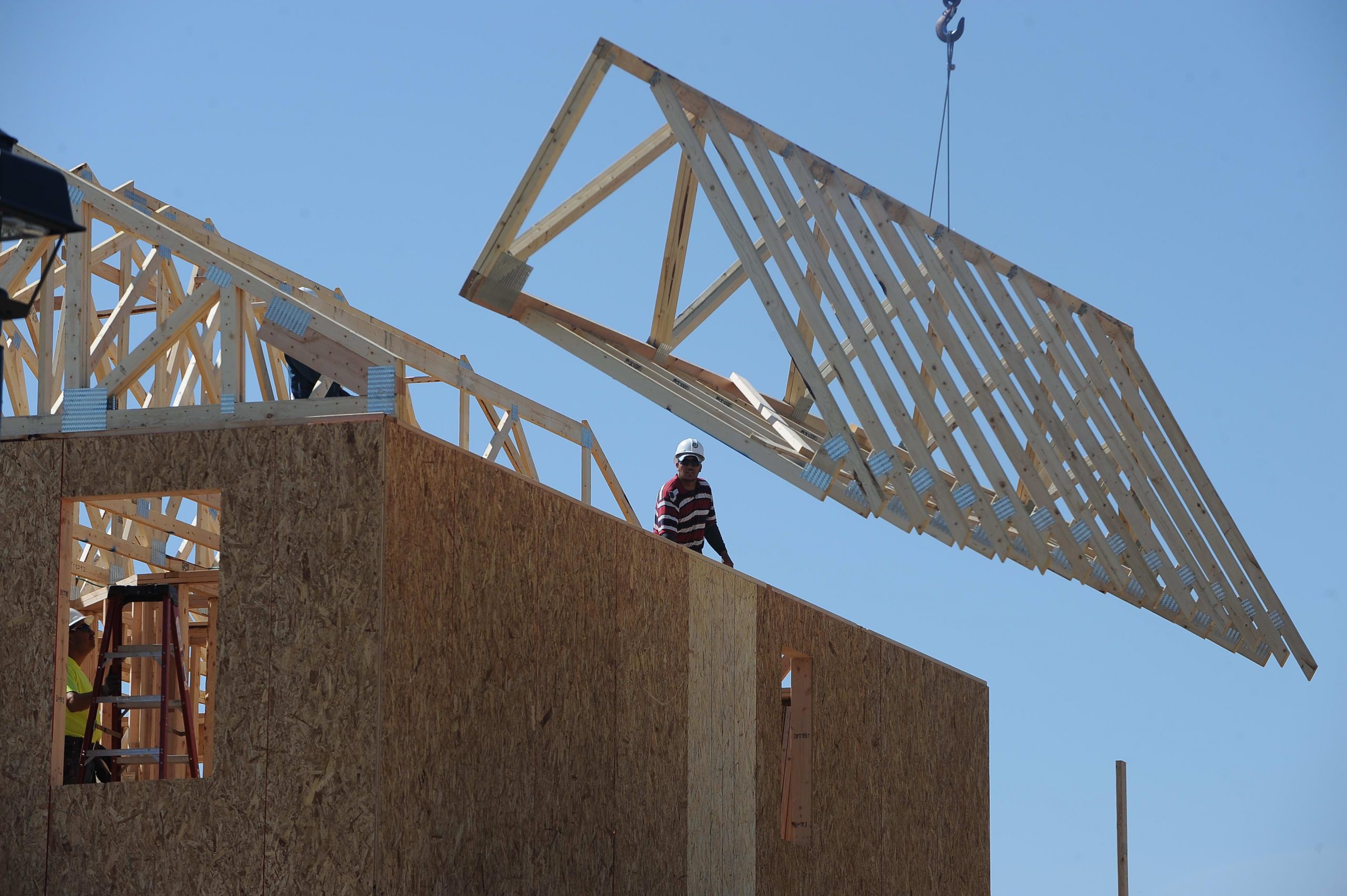 Workers install roof trusses on a home under construction in Denver.

Confidence among the nation’s homebuilders rose 1 point to 68 in September in the National Association of Home Builders/Wells Fargo Housing Market Index – well above expectations and the highest level of the year.

It is also 1 point higher than a year earlier. The reading for August, meanwhile, was revised upward by a point. Sentiment sank to a recent low of 56 in December, when mortgage interest rates spiked. Anything above 50 on the index is considered positive.

A sharp drop in mortgage rates in August was clearly behind the confidence in September. The average rate on the 30-year fixed fell from 3.96% in mid-July to 3.46% by the first week in September, according to Mortgage News Daily.

“Low interest rates and solid demand continue to fuel builders’ sentiments even as they continue to grapple with ongoing supply-side challenges that hinder housing affordability, including a shortage of lots and labor,” said NAHB Chairman Greg Ugalde.

Of the survey’s three components, current sales conditions increased 2 points to 75, buyer traffic was steady at 50, and sales expectations in the next six months fell 1 point to 70.

The survey came with warning signs, however. Mortgage rates shot back up at the start of September, and the U.S. trade war with China continues to be a dark cloud for the industry.

“Builders are expressing growing concerns regarding uncertainty stemming from the trade dispute with China,” said Robert Dietz, NAHB’s chief economist. “NAHB’s Home Building Geography Index indicates that the slowdown in the manufacturing sector is holding back home construction in some parts of the nation, although there is growth in rural and exurban areas.”

Lack of supply is the biggest barrier to a stronger recovery in today’s housing market. The vast majority of new construction is still at the mid to high end of the price spectrum, but demand is strongest at the entry level. Young buyers today are also more interested in urban and suburban homes than previous generations at their age, and that is not where the bulk of construction is growing.

Looking at the three-month moving averages for regional scores, the Northeast rose 2 points to 59, the West was also up 2 points to 75 and the South moved 1 point higher to 70. The Midwest was unchanged at 57.