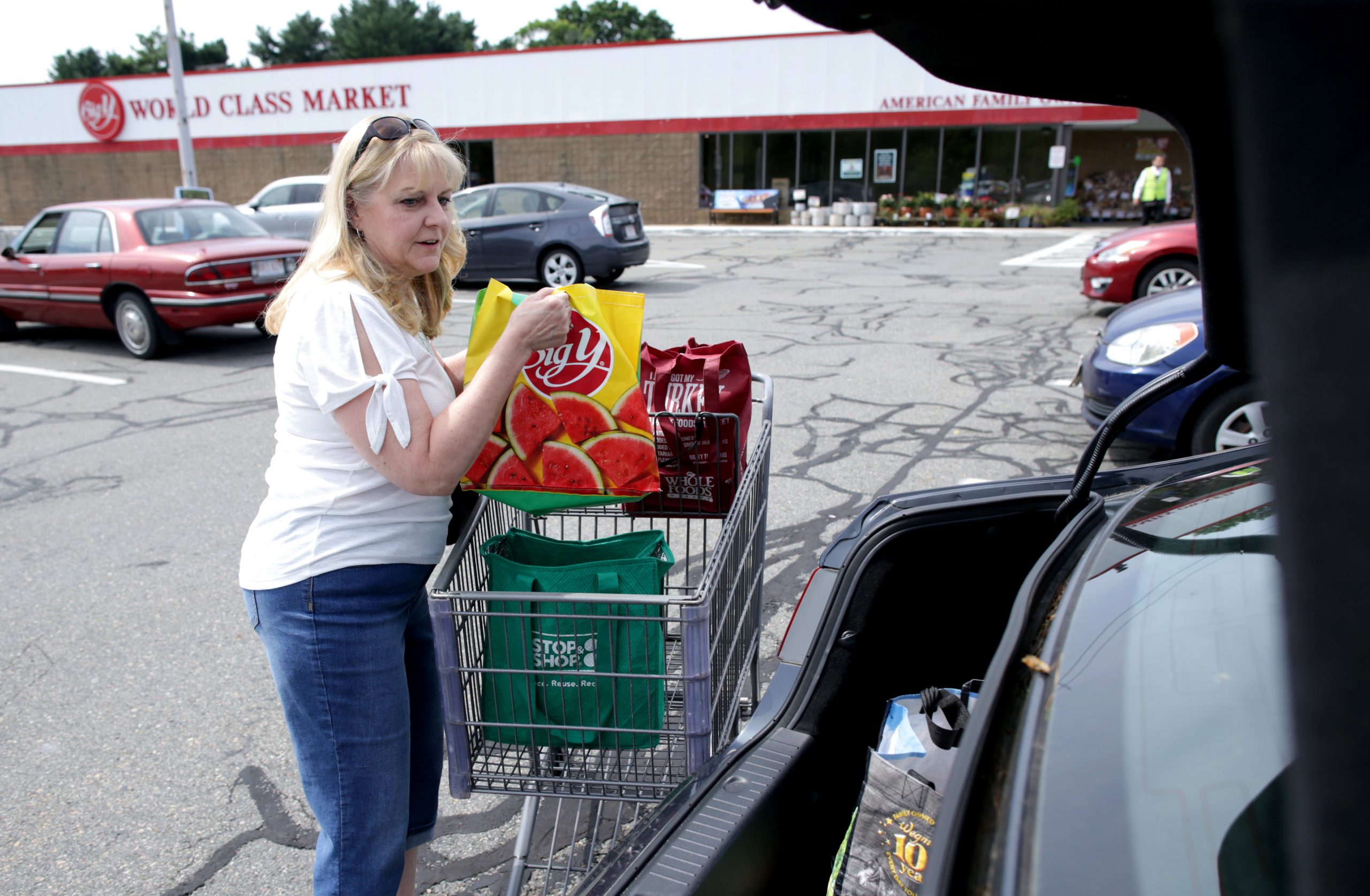 Carol Cardoni, of Norwood, packs her car after shopping at The Big Y grocery store on Walpole Street in Norwood, MA on Aug. 1, 2019.

U.S. consumer confidence slipped in September to 125.1 from 134.2 in August, the Conference Board said on Tuesday. Analysts polled by Reuters had forecast the metric would come in at 133.5.

This was the biggest drop in nine months, and September’s reading marks the largest shortfall relative to the economists’ expectations since 2010, according to Reuters.

The board attributed the decline in part to the escalation in trade tensions between the U.S. and China.

“Consumers were less positive in their assessment of current conditions and their expectations regarding the short-term outlook also weakened,” said Lynn Franco, senior director of economic indicators at the Conference Board. “While confidence could continue hovering around current levels for months to come, at some point this continued uncertainty will begin to diminish consumers’ confidence in the expansion.”

⁠— Reuters contributed to this report.