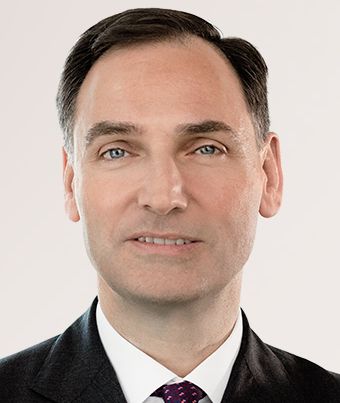 Life for Deutsche Bank CFO James von Moltke at the moment means having to spend a lot of time defending his bank’s latest restructuring plans.

After firing off a long letter in August to refute assertions made in an opinion piece that appeared in American Banker, his ‘fireside chat’ at September’s Barclays global financial services conference had to cover similar ground.

CEO Christian Sewing announced in early July that the bank would exit most of global equities, including transferring its prime finance and electronic equities franchise to BNP Paribas, for which a master transaction agreement was announced on September 23.

It is retaining what it describes as a “focused” equity capital markets capability. It is shrinking its rates business.

It is also setting up a new corporate bank division that combines its global transaction banking business and parts of its commercial bank, and plans to make this the driving force of the restructured firm.

Risk-weighted assets (RWAs) and leverage exposure related to the businesses it is exiting have been transferred into a capital release unit (CRU), which is being wound down over the next few years.

First up in the Barclays discussion was the issue of how sensitive Deutsche’s plans are to any downturn.

In typical CFO style, Von Moltke chooses his words carefully – not for him the bravado of a Dimon or the sarcasm of a Gorman – but it’s clear he recognizes that there are headwinds in the environment and concerns about how that might affect Deutsche’s chances.

“We’ve seen a more fragile environment over several months, which has been reflected in financial markets and central bank actions to some degree,” he said.

However, while Deutsche’s broad ambitions are sizeable – to put the bank back into the top tier of global institutions – its more immediate and quantifiable targets are less so.

Von Moltke said that the restructuring announced in July was based on a forward financial model that assumed its core businesses would grow in the region of 2%.

“We thought that was modest and in line with GDP growth,” he says.

Back then, his assumptions were growth of 1% in Germany and 2% in the US, although he conceded that expectations might have tailed off a little since then.

However, he added that the bank’s revenue targets were predicated on a compound annual growth rate (CAGR) in the low single digits, which to Von Moltke felt “not especially heroic”. The core investment bank would see an impact from the decision to exit equities sales and trading, but ought to recover, he said.

Its revenue growth targets might be small, but in many ways Deutsche’s new plan is still monumentally ambitious: it is, after all, promising to increase revenues while simultaneously cutting costs and assets.

What makes it think it can make that work?

“We’ve laid out a cost trajectory that would see us taking out about €5.8 billion of expenses based on full-year 2018,” says Von Moltke.

“About one third of the cost cut is CRU-related and exits. About one third is synergies in the private bank … where the revenue sensitivity is less than in other areas. And the remainder is in infrastructure areas, so not client-facing, so there is less impact on revenues.”

He conceded that the key was to keep the front office as unaffected as possible, and added that technology investment, while adding cost, was also able to help revenues.

“The equation is not only about personnel and expense,” he adds.

We anticipated that the core investment bank might be impacted by the changes, but as we sit here today the impact so far appears to be less than expected

One specific example of that, Von Moltke argued, is in the corporate bank – which is where Deutsche is redeploying much of the tech investment wallet that had previously been devoted to the equities division.

Coupling the corporate bank’s deep relationships with its product capabilities and capacity to invest more in technology would make it a direct driver of new revenues, he added.

“I can think of one example where we lost an RFP in Asia with a client, and the reason was that we were behind in the tech requirement that they had,” he says. “As we invest to make up those gaps, we can be at least at or ahead of the competition.

“With a lot of the client base we will win a tie in those areas, so we have an opportunity not just to grow with the market but to regain market share.”