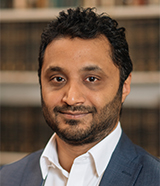 Equity capital markets (ECM) volume in EMEA for the first half of 2019 was down 33% on the first six months of last year, according to Dealogic, but there was some reason for optimism, notably a strong run of IPOs in the second quarter.

After the quiet start to 2019, that was a welcome boost to ECM bankers who went to work on some large technology flotations, notably for Italian software company NEXI ($2.3 billion) and Emirati fintech Network International Holdings ($1.6 billion).

The first half of the year also witnessed a strong aftermarket performance for IPOs of above $50 million, with EMEA issuers giving buyers an average 15.1% return in the first week after launch, up eight times from the first half of 2018 and the highest average one-week return for any six-month period since 2013.

This, once again, raises the question of who benefits from these pops and the extent to which ECM structures favour a few well-connected institutional buyers and exclude retail investors that may be patient, committed, well-informed holders of issuers’ stock.

Large technology IPOs may be the most closely watched component of the equity new issue market, but behind those headline deals, change is coming.

PrimaryBid is focusing on follow-on issues for already listed small companies, which tend to be sold at a discount to institutional buyers, even though these stocks may be widely held by individual investors.

Retail is a rich potential source of new capital that has been dismissed as too expensive and troublesome to access almost since the big UK and European privatizations of the 1980s.

“The formation process in the public market has barely evolved in decades,” says Anand Sambasivan, co-founder and chief executive of PrimaryBid.

PrimaryBid is an FCA-regulated platform that connects this large pool of retail investors with listed companies so that when they seek new capital the man or woman in the street can buy – using their credit cards – the same class of shares, at the same time and, most importantly, at the same discount as institutions.

It’s an obvious application for new financial technology’s capacity to democratize markets through an execution-only service that doesn’t extend to advice, doesn’t charge individual investors and derives a fee on sums raised from issuers.

The company has focused so far on the AIM segment of smaller growth companies run by the London Stock Exchange. “We have completed 48 deals raising close to £65 million with retail investors buying anywhere from £100 to £500,000 of stock but with a typical ticket size of around £7,000,” Sambasivan tells Euromoney.

For example, back in February, PrimaryBid led a £2.57 million placement for Scientific Digital Imaging, which designs and manufacturers digital imaging, sensing and control applications for clients in life sciences, healthcare, astronomy, manufacturing and art conservation, to fund an acquisition.

The deal was strongly oversubscribed in part thanks to demand from retail investors who were allocated £100,000 worth of the new shares.

“At the company’s previous general meeting, retail investors had been saying they would like to participate in any new capital raising,” Sambasivan says. “Without us, they wouldn’t have been able to participate. And since that deal the share price has increased 60%.”

But the AIM market was always the testing ground and PrimaryBid has attracted notice. In September, PrimaryBid raised £8.6 million itself – far more than the typical AIM follow-on of just £2.5 million or so – in a series A round from venture capital funds led by Pentech and Outward VC.

Pentech was an early backer of Nutmeg, which recently closed a £45 million funding round led by Goldman Sachs. Outward VC is backed by Investec Bank and NIBC among others and looks for fintech companies focused on large global opportunities.

PrimaryBid has big plans for the money. In the third quarter of 2019, it expects to do its first deal in Europe on a new platform developed with Euronext on an exclusive basis across nine countries.

“There is a great deal of localization in European stock markets, with UK buyers investing in UK companies, French buyers concentrating on French stocks and so on. But there is no need for that,” says Sambasivan. “We are building a pan European gateway that will allow listed issuers to access a large pool of retail buyers at the touch of a button.”

His expectation is that this may attract medium-sized companies in Europe, perhaps up to members of the FTSE 250, in its first market of operation.

“Many accelerated bookbuildings get done in Europe outside the restrictions of the prospectus regime, subject to a cap of €8 million,” Sambasivan points out.

“We did one deal recently where we generated £10 million of retail demand inside 90 minutes. Now, we don’t want deals to be all sold to retail. They should be institutional-led. But retail should be allowed in on the exact same terms. And that kind of participation can be very useful in a €100 million follow-on. We have already done one deal for a company with a £250 million market capitalization and hope to do our first European mid-cap deal soon.”

In September, PrimaryBid announced the recruitment of James Deal as chief operating officer from JPMorgan Cazenove. Deal had worked there since 2006, first managing the UK mid-cap equities desk before moving to investment banking in 2016 to work on capital markets deals for these companies.

Deal says: “I have long believed that there needs to be a greater role for private investors within equity markets, which will be of huge benefit to equity issuers.”

Sambasivan says: “Because small stocks held by a few institutions tend to trade only by appointment, it may not be obvious to companies how much liquidity they potentially have to access from retail that could be 20-30% of their share register. We are getting calls from companies that want to issue through us not simply to raise capital but more to build a market in their stock and increase its profile.

“And these companies want to see good allocation practices. I would argue that if they have a sizeable retail following and choose not to allow retail access to new issuance when that can be done easily and at low cost, then that is a corporate governance question.”

All start-ups live on dreams. Sambasivan’s is that this approach will transform equity capital raising for all companies. His hope is that PrimaryBid centralizes potential retail demand for new issues, opening up the primary market almost as an asset class that has been closed off.

He says: “One possible next step would be to enter long-term agreements with investment bank arrangers to have access to a potential retail portion for every new issue they lead. But it really would have to be every deal, to protect our investors against adverse selection.”

Having started in the UK and expanded to Europe, there is one obvious next step.

“Even today, some 37% of the US equity market is retail investors holding single stocks. That’s a huge potential wallet in a new issue market not bound by pre-emption rights. We have a roadmap to get to the US and hope in the next 12 months to have broker-dealer licence there.”