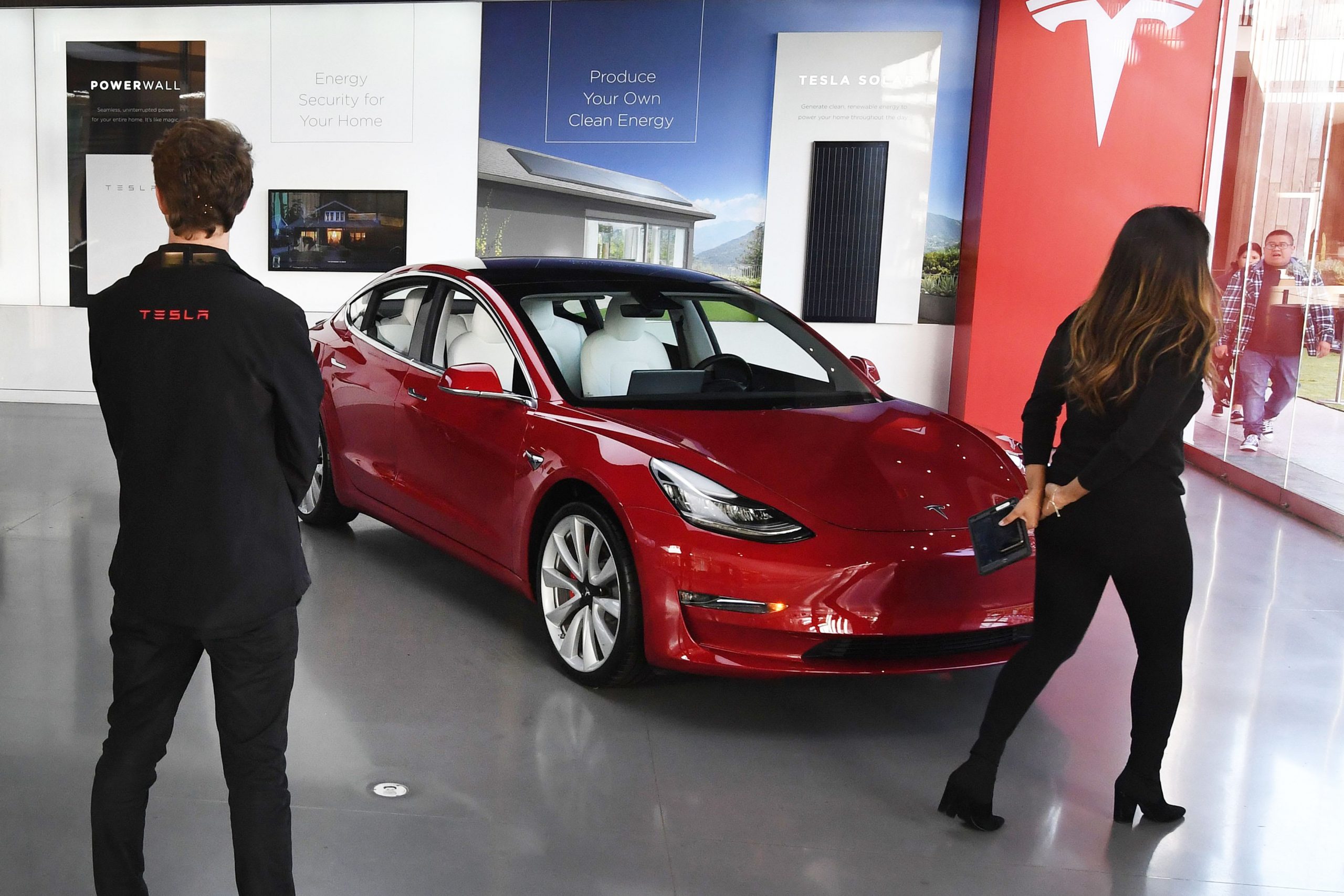 Tesla cars are seen at a shopping mall showroom in Los Angeles.

Tesla shares dipped as much as 5% during extended trade after the electric-car maker reported lower-than-expected vehicle deliveries for its third quarter. The company delivered 97,000 vehicles, below the 99,000 Wall Street expected. Tesla CEO Elon Musk set the bar high, recently emailing employees that the company “had a shot” of delivering 100,000 cars.

Shares of Bed Bath and Beyond dipped 2.6% from its closing price after the company topped second-quarter earnings estimates, though fell short on revenue and same-store sales. The home decor and bathroom supply retailer is expecting its fiscal year 2019 revenue to be about $11.4 billion, compared to the $11.37 billion Wall Street was expecting, according to Refinitiv.

Bed Bath and Beyond reported earnings of 34 cents per share during the second quarter, exceeding Wall Street’s expectation of 27 cents per share. The company posted revenue of $2.72 billion, just under the $2.75 billion investors forecast, according to Refinitiv consensus estimates. Its same-store sales, meanwhile, declined 6.7% compared to the 5.4% decrease analysts anticipated.

The company also said they expect to make an announcement “soon” on their CEO search.

GoPro shares tanked as much as 18% after the company’s lowered its revenue, gross margin, and adjusted earnings guidance for the second half of 2019. The camera company estimates annual revenue growth between 6% and 9%, compared to the 9% to 12% growth it had expected. GoPro cut its adjusted gross margin estimate a full percent to 36.5% and reduced its adjusted earnings forecast between 33 cents and 39 cents per share. The company previously anticipated earnings between 37 cents and 49 cents per share.

Shipments of the new HERO8 Black camera will also be delayed until the fourth quarter, “resulting in a significant revenue shift,” the company announced in an SEC filing.

Shares of Clorox dropped 1% after the company updated its fiscal year outlook and announced its new IGNITE strategy to increase future growth. The company revised its 2020 fiscal year gross margin outlook down slightly, and cut its diluted earnings per share estimates to between $6.05 and $6.25 per share. Clorox previously estimated earnings of $6.30 to $6.50 per share.

Cleveland-Cliffs shares spiked 6% after the bell following an announcement that the mining company will join the S&P SmallCap 600, replacing Mercury Systems. The change will be made before trading opens Oct. 8.